UPDATE 2: Gutless middle-schoolers brutalized a bus monitor, but the Internet showed kindness, raising half a mil 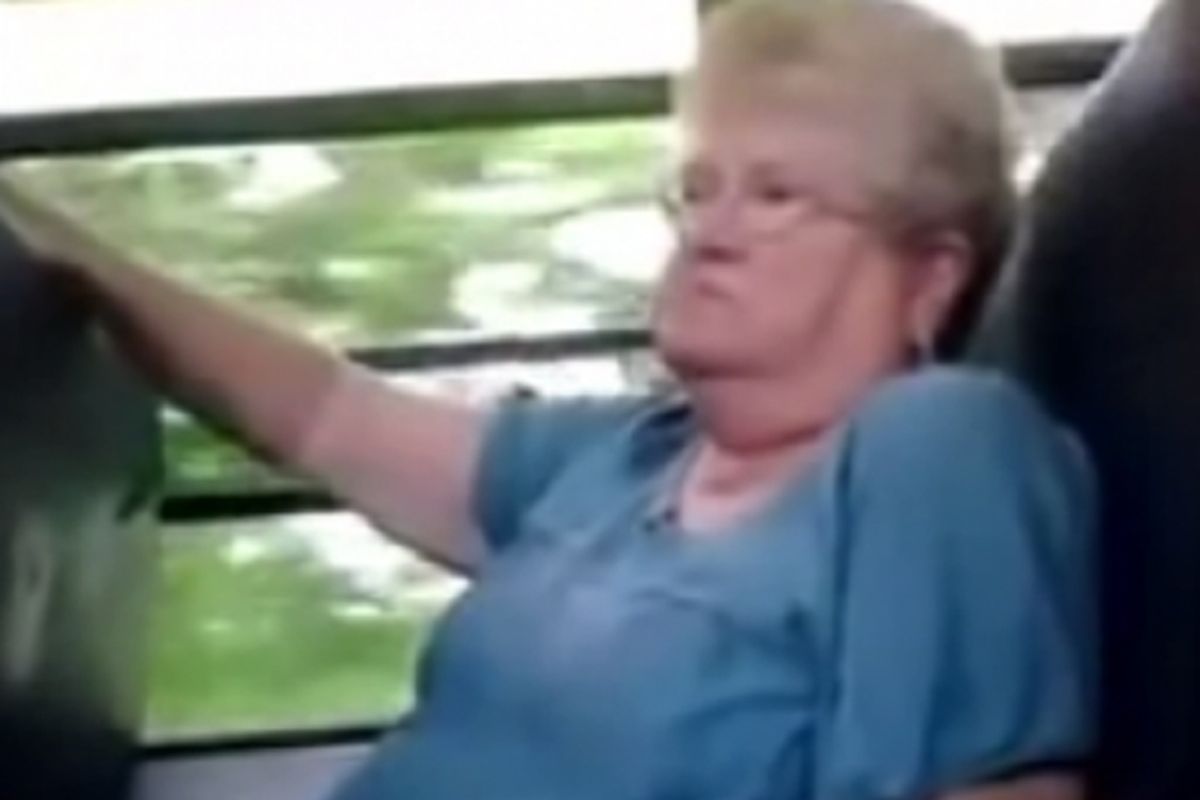 If you want to see everything you hate --  and then hate some more -- and then love about online culture, you can get it all in the tale of Karen Klein.

Klein is a bus monitor in the upstate New York town of Greece. As anyone who's ever been on one knows, school buses are a special circle of hell, with wheels. But when a video titled "Making the Bus Monitor Cry" emerged on YouTube this week, it was a particularly sickening display of schoolkid bullying. Over the course of 10 stomach-churning minutes, a group of students from Greece Athena Middle School verbally harass the 68-year-old Klein in a harrowing display of mob cruelty. It goes on and on and on, as the kids on Bus No. 784 call her a "troll," an "elephant" and a "fucking fatass" with "ugly-ass ears." When Klein tells them "Unless you don't have something nice to say, don't say anything at all," a boy responds, "Why don't you shut the fuck up?" When they goad her about the tears running down her face and she says, "I'm crying," one of them replies, "Yeah, you're probably missing your box of Twinkies." They poke and prod her, and at one point a kid says, "If I stabbed you in the stomach, my knife would go through you like butter." Appallingly, one of the boys told her that she's so ugly, her kids should commit suicide. What he didn't know was that Klein's son really did kill himself 10 years ago. And throughout it all, her tormenters just laugh and laugh at their own cruelty, egging each other on.

On the "Today" show Wednesday, Klein admitted that because she's hearing impaired, she hadn't even realized the full spectrum of the kids' comments until she saw the video. The Greece Central school district has launched a formal investigation into the incident, and superintendent Deborah Hoeft announced Wednesday that "We can say that students found to be involved (will) face strong disciplinary action" when they return to school in the fall. The Rochester Democrat & Chronicle also reports that the students believed to be involved have been questioned by the local police. District spokesperson Laurel Heiden told reporters the district will also question the bus driver.

But though neither the school nor local officials have released the names of Klein's suspected tormentors, that hasn't stopped online vigilantes from stepping in. On YouTube, four of the boys allegedly involved are named. The father of one of them told ABC News that his "heart broke" when he saw the clip, but added, “My family’s received death threats. He's a 13-year-old kid. It was a stupid mistake and he's paying for it, but I just think it’s a little out of control."

The mistake was beyond stupid. It was evil. And the kids should pay for it. The boy who shot the video told a local news station Wednesday, "I feel bad about it." I hope he feels bad enough about it to seriously reconsider his entire social circle. I hope he feels bad enough about it that the next time he sees something grotesque happening to a fellow human being, he won't have the sick impulse to document it. But these boys and their families shouldn't be getting death threats. They should not be subjected to the morons on YouTube saying, " Those kids are ugly and faggot looking bitches that will probally end up commiting suicide due to this video." [sic] Not how we increase the peace, folks. As Klein told reporters this week, "I can't believe it happened ... It was just plain mean. Nobody should have to put up with that." Nobody should. Disgusting and vile as their actions were, that includes the kids involved. You don't wipe out bullying with more and greater bullying.

Instead, you talk to kids. You put empathy on the curriculum. You model respect and tolerance. And you do good in the world. Good, like a highly evolved individual named Max Sidorov, who saw the video of Klein and started an Indieagogo campaign with the goal of raising $5,000 in 30 days to "give Karen a vacation of a lifetime" and "show her the power of the internets and how kind and generous people can be."

This is what people can do when people get together. They can spur each other into astonishingly vile acts. Or they can inspire each other into extraordinary kindness. They can get swept away in the insanity of bullying, or they can join forces in a demonstration of love. Out of one detestable act, in one day, the Indieagogo campaign has topped its fundraising goal for a savagely bullied grandmother in New York state to have some well-deserved time off. It's now at over $176,795 and climbing. With that kind of money, Klein should be able to go somewhere mighty nice – and very far from the No. 784 bus.

Swinging the feelgood pendulum just a little more in the other direction now, an Indieagogo campaign has started to raise money for uh, the guy who decided to raise money for Klein, Max Sidorov. It's nice to be nice to the nice but it's getting a little opportunistic around here, with Sidorov now not just accepting donations for himself but plugging his recently released nutrition book.

Meanwhile, Klein's fund now has sailed past the quarter of a mil mark.

And the story just keeps unfolding. As of Friday, the fund for Klein is now inching toward the $500,000 mark. Though Klein says, "I just don't feel like it'll come to me anyway, so I don't think too much about it. It's a nice gesture, but I just don't know if it's for real or not," Southwest Airlines has promised to send Klein on an all-expense paid trip to Disneyland.

Salon reached out to the man behind the campaign, Max Sidorov, Thursday for an interview; so far there has been no response. He did however tell the National Post that he was a victim of bullying as a child, and that "I really felt almost heartbroken to see that people would do such a thing to a nice lady. So, I just thought I had to do something about it."

Meanwhile, the father of one of the boys involved in the incident told CBS News Friday, "There's no excuse. And we're going to get to the bottom of that, but it really broke my heart and I shed a lot of tears thinking about that whole thing and I just want you to know that my family, all of us, are deeply saddened by this whole thing and we're going to get it right." Klein, meanwhile, told Anderson Cooper Thursday the kids involved aren't bad kids, "Not deep down. But when they get together, things happen. Some things worse than other things."