The U.S. and the Saudis

The alliance with Saudi Arabia makes the Muslim world, but not Americans, skeptical of U.S. rhetoric on freedom 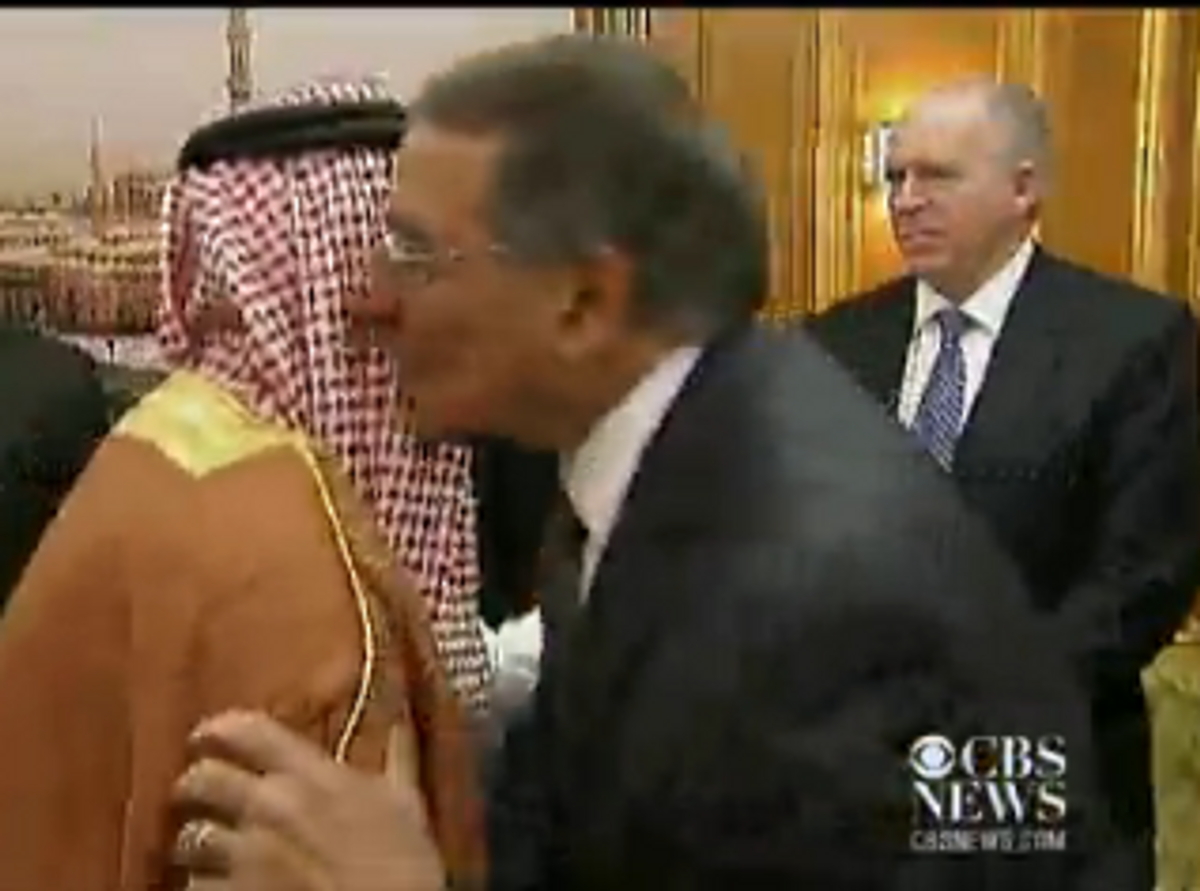 "I really consider President and Mrs. Mubarak to be friends of my family" - Secretary of State Hillary Clinton, March 2, 2009.

For all the righteous talk about human rights oppression and violent assaults on democratic protesters in the Muslim world, any honest ranking would place Saudi Arabia near or at the top of that list. This week, the long-time head of the deeply repressive Saudi Interior Ministry, Crown Prince Nayef bin Abdulaziz Al Saud, died. Prince Nayef -- in addition to having been one of the hardest-line religious conservatives opposed to internal reforms, having been accused by Sen. Chuck Schumer in 2003 of having a "well-documented history of suborning terrorist financing," and having blamed "Zionists" for plotting the 9/11 attack -- was one of America's closest and most loyal allies in the region.

"The president wanted me to express his personal regrets at not being able to be here, but wanted all of us in this delegation to convey to you not only our sorrow for your loss, but also our best wishes to you in your new position and to reaffirm the great relationship and partnership that the United States has with the great nation of Saudi Arabia," Panetta said Wednesday. . . .

"I was deeply saddened to learn of the crown prince's passing over the weekend. During his nearly four decades as Minister of Interior, Crown Prince Nayif worked tirelessly for the protection of the Kingdom and the Saudi people. His visionary leadership and courage were instrumental to the gains we have made together against terrorism and extremism, and helped save Saudi and American lives," said Panetta in a statement released Tuesday.

The Defense secretary also praised Nayef for his role in strengthening the relationship between the United States and Saudia Arabia.

Panetta there is lavishly praising one of the region's hardest-line autocrats in its most oppressive tyranny. President Obama spoke yesterday with Saudi King Abdullah and similarly "expressed his appreciation for Crown Prince Nayif’s many contributions over decades of service" and hailed "the enduring partnership between the United States and Saudi Arabia." It is often the case that "the President and the King reaffirm[] the strong partnership between the United States and Saudi Arabia." This close partnership is consistent with the ongoing U.S. arms shipments to the regime in Bahrain even as they continue to repress their nation's democratic movement with all sorts of shockingly abusive measures (and even as Hillary Clinton angrily denounces Russia, inaccurately as it turns out, for shipping arms to Syria).

Of all the self-flattering delusions permeating American political discourse, I think the most obviously false one is that the U.S. is sternly opposed to repressive regimes and seeks to defend the human rights and democratic freedoms of citizens of that region and the world. If one wants to defend the close U.S.-Saudi alliance on grounds of material self-interest -- they have lots of oil and the alternative to the current heinous regime would be sympathetic to Al Qaeda (even more so than the current one) -- one can rationally do so.

But it never ceases to amaze that every time there is some new American Enemy to rail against or attack -- in Iraq, in Iran, in Syria, in Libya -- and defenders of American militarism claim to be motivated by opposition to human rights abuses and repression of freedom, there are hordes of people willing to believe that these noble, magnanimous considerations actually drive U.S. policy. What else would the U.S. have to do to prove this is false? The people in the region -- whom the American media loves to patronizingly scorn as propagandized -- have no trouble watching the close U.S-Saudi alliance or Hillary Clinton's close family friendship with the Mubaraks and seeing the emptiness of American rhetoric about freedom and democracy. Perhaps it isn't they who are the ones drowning in propaganda.

The UN special rapporteur on extrajudicial killings said yesterday that "the US policy of using aerial drones to carry out targeted killings presents a major challenge to the system of international law that has endured since the second world war." The official also:

ridiculed the US suggestion that targeted UAV strikes on al-Qaida or allied groups were a legitimate response to the 9/11 attacks. "It's difficult to see how any killings carried out in 2012 can be justified as in response to [events] in 2001," he said. "Some states seem to want to invent new laws to justify new practices."

He also specifically addressed the Obama policy of targeting rescuers and funerals with drone strikes, denouncing that policy as a "war crime" ("there is no doubt about the law: those strikes are a war crime"). But as we saw with a prior investigative finding by the U.N. rapporteur on torture that the detention conditions of Bradley Manning constituted "cruel, inhuman and degrading" treatment, pronouncements of the U.N. ceased being relevant in roughly 2009 (around, say, January 20 or so). Meanwhile, on Wednesday, the Obama administration filed a midnight brief insisting that national security forbids any judicial disclosure or transparency concerning the President's "kill list": the same program that three dozen of his current and former aides recently boasted about in The New York Times.

Finally, remember when progressive mockery of George Bush for kissing and holding hands with Saudi King Abdullah was common and wildly popular?