Income increasingly dictates every aspect of our lives, from our politics to our health to our happiness 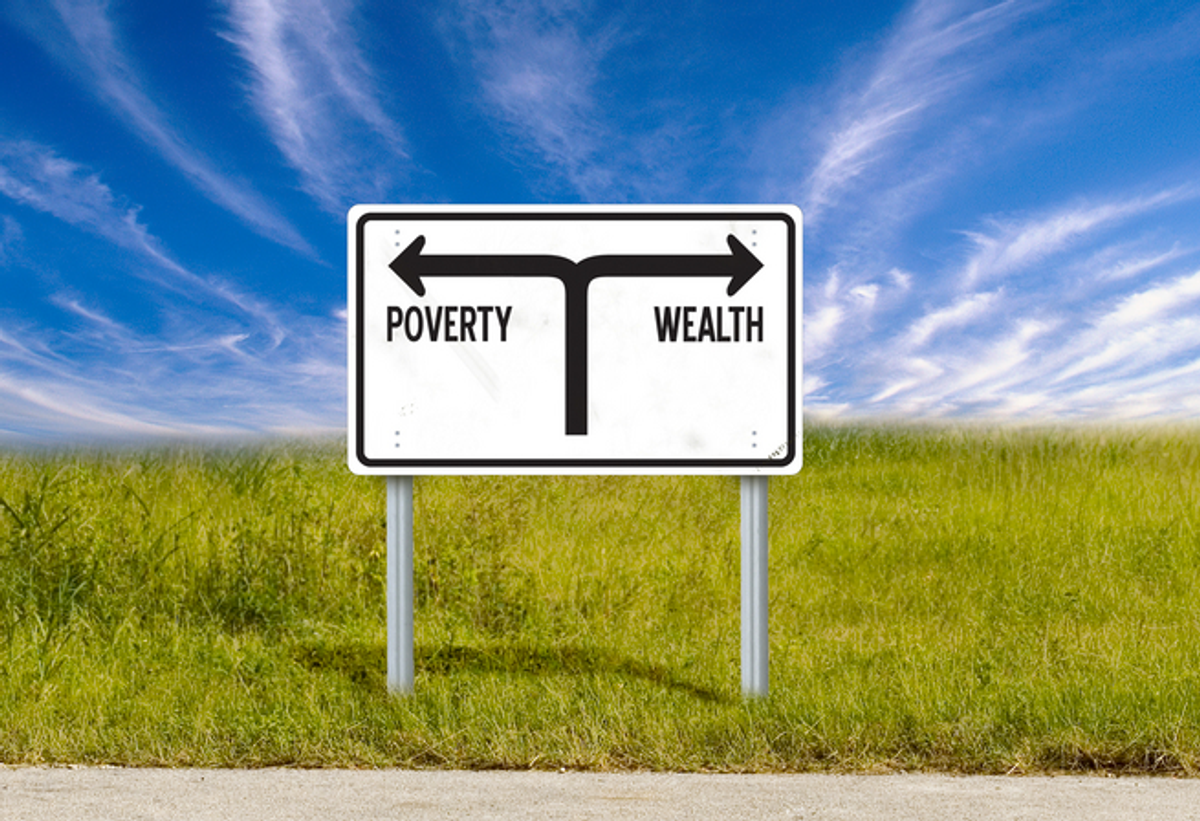 This article was adapted from the upcoming book "The Rise of the Creative Class Revisited" from Basic Books.

Class has long been a dirty word in America. We’re the society of opportunity after all – the place where anyone from anywhere can aspire to be president or at least get very rich.  Innumerable pundits and a litany of books have trumpeted the eclipse of class and the rise of a classless society. It’s an old saw. Way back in the late 1950s, the sociologist Robert Nisbet declared, “the term social class … is nearly valueless for the clarification of data on wealth power and status.”

But numerous indicators and metrics suggest that class does structure a great deal of American life. America lags behind many nations – from Denmark to the United Kingdom and Canada – in the ability of its people to achieve significant upward mobility. America’s jobs crisis bears the unmistakable stamp of class. This past spring, for example, the rate of unemployment for people who did not graduate from high school was 13 percent, substantially more than the overall rate of 8.2 percent and more than three times the 3.9 percent rate for college grads. At a time when the unemployment rate for production workers who contribute their physical labor was more than 10 percent, unemployment for professionals, techies and managers who work with their minds had barely broken 4 percent.

While the political left has long pointed to America’s social and economic divides, a number of influential commentators on the right have only recently been drawn to the issue. “America is being polarized by class divisions that didn’t exist a quarter century ago,” writes Charles Murray in his book "Coming Apart." “We have developed a new upper class with advanced educations, often obtained at elite schools, sharing tastes and preferences that set them apart from mainstream America. At the same time, we have developed a new lower class, characterized not by poverty but by withdrawal from America's core cultural institutions.” While many have criticized the cultural and sociological underpinnings and implications of Murray’s argument, there’s no getting around the fact that he accurately identifies class as a, if not the, central axis of contemporary American life.

My own research bears this out. My initial research over a decade ago identified the rise of the creative class as a key factor in America’s cities and economy overall. What has struck me since is that the effects of class are not just limited to cities, jobs and the economy. Class increasingly structures virtually every aspect of our society, culture and daily lives -- from our politics and religion to where we live and how we get to work, from the kind of education we can provide for our children to our very health and happiness.

As fallible as Marx might have been about some things, his focus on class (not to mention his analysis of the tendency of capitalism to sporadically lurch into crisis) was eerily prescient. Marx was the first to see that class was deeper than income or education, or where different groups of people lived or what they could buy. It stemmed from their relationship to the economy, or as he referred to it, “the social relations of production.” Capitalism had only recently overturned the old feudal order of the agricultural age and replaced it with a distinctive class structure of its own, defined by two principle classes. Marx identified the bourgeoisie or capitalist class as those who owned and controlled the means of production; the proletariat or working class was comprised of those who performed physical labor. The rub, of course, was that members of the working class were only paid for a portion of the economic value they created. The owners’ profits were derived from the workers’ “surplus value” — the value they created but were not compensated for.

Our economy today is very different from that of Marx’s time. We have gone through an even more sweeping economic transformation, as the old industrial economy based on physical labor has given way to one based on intellectual or mental labor (the economic crisis we are living through is the product of that transformation). The class system has been reordered as a result.

Three classes now predominate. In addition to the Working Class, which makes up just one in five workers (down from more than half in the 1950s) are the 40 million plus members of the Creative Class, who use their creativity in their work, roughly a third of the workforce; and the 60 million plus members of the Service Class who prepare and serve food, perform janitorial functions, take care of children and old people, and perform routine clerical and administrative functions. The Service Class accounts for some 47 percent of the work force.

Let’s start with politics. Anyone with even a passing interest in American politics is familiar with the distinction between “red” (conservative) and “blue” (liberal) America. In his influential book, "Red State, Blue State, Rich State, Poor State," the statistician and political scientist Andrew Gelman unravels the paradox that while rich voters tend to vote Republican and less affluent Americans vote Democrat, the reverse is true of states: Rich states vote for Democrats while poor states vote Republican.

When my colleague Charlotta Mellander and I examined the factors that underpin red and blue states (looking at Obama versus McCain voters, Democrats versus Republicans, and liberals versus conservatives) we found the strong effect of class. The political affiliations and ideologies of states reflected the class composition of their workforces. In a nutshell, red states were working-class states, while blue states were creative-class states. Ironically, we found Republican affiliation and conservative identification were most pronounced in America’s least well-off, least educated, most blue-collar, most working-class states.

The same was true of religion. Whether we looked at religiosity by state, by city, or by metro areas, we found that it varied by class. People in working-class states and working-class metros were much more likely to identify as “very religious” according to Gallup surveys, while those in creative-class metros and creative-class states were much more likely to have secular values.

Class structures determine health outcomes as well. Smoking and obesity are two of the most significant — if not the most significant — health problems we confront, both of them leading causes of cancer and early mortality. Our analyses found that smoking is lower in creative-class cities and metros and higher in working-class locations. Obesity follows much the same pattern, being significantly higher in working-class metros and lower in creative-class ones. When I examined the variation of cities and metros on the American Fitness Index — a comprehensive measure of overall fitness – the opposite pattern appeared.  The fittest cities and metro areas were strongly positively associated with the Creative Class and negatively associated with the Working Class. The same basic pattern appears with dental care: The citizens of blue, Creative states visit the dentist more often than the citizens of  red, Working Class states.

Which brings me back to economic mobility, the heart and soul of the so-called American Dream. When my team and I used new data from the Economic Mobility Project at the Pew Center on the States to track economic mobility, we again found the effects of class. Mobility was lower in working-class states and higher in creative-class ones, higher in richer states than poorer ones, and in blue states than red ones. Like the song says, “Them that’s got shall get, them that’s not shall lose.”

America’s worsening class divides both reflect and are exacerbated by the ongoing structural transformation of the economy and the unprecedented geographic sorting that’s gone along with it. Before we can even begin to fix it, we need to acknowledge that it exists.

This is an abridged excerpt of Chapter 17 of "The Rise of the Creative Class Revisited" to be released by Basic Books on June 26. Richard Florida is a professor at the University of Toronto and NYU and senior editor of the Atlantic. Learn more at www.richardflorida.com or on Twitter @Richard_Florida

Richard Florida is Director of the Martin Prosperity Institute at the University of Toronto’s Rotman School of Management and a Senior Editor for the Atlantic. A frequent writer for major newspapers and guest on CNN and other news broadcasts, he lives in Toronto.