NSA won't reveal whom it's spying on because ... it respects privacy? 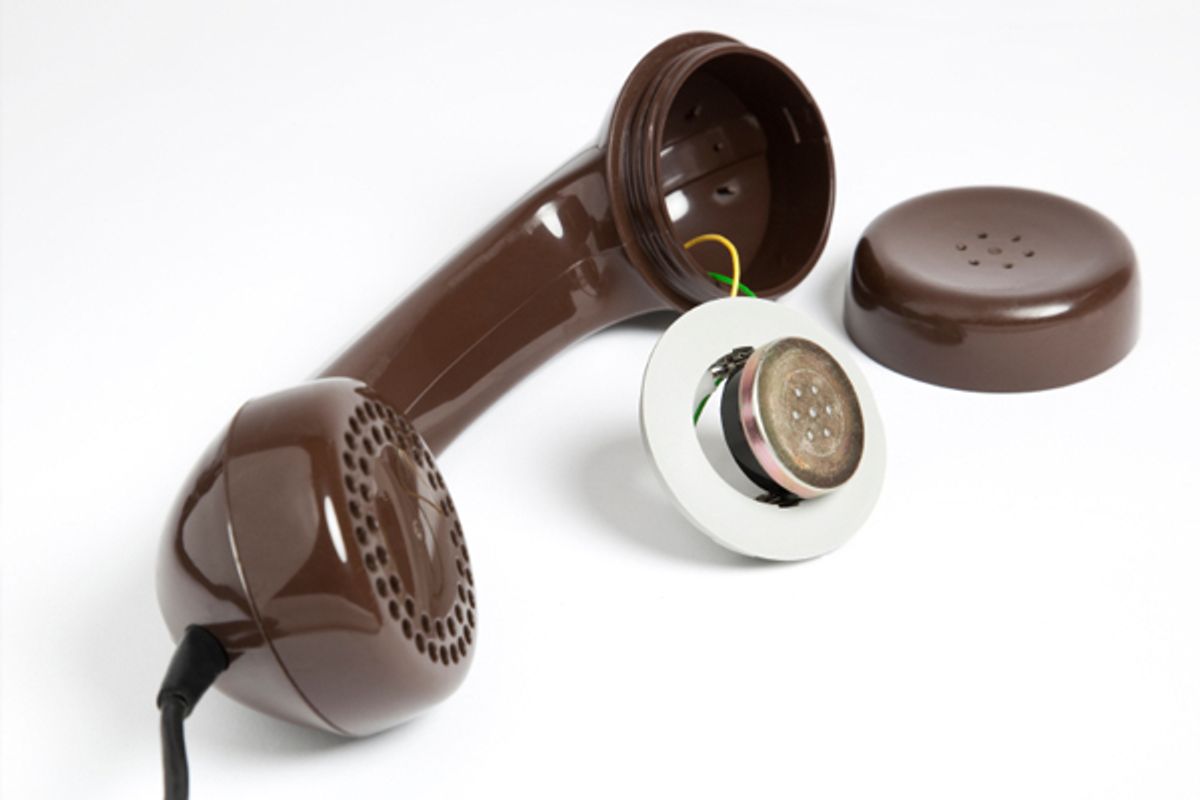 If there was an ongoing contest in the art of self-contradicting newspeak, a quote from a U.S. military official during the Vietnam War would be the reigning, iconic victor for most of the modern era. In describing the decision to ignore the prospect of civilian casualties and shell a town, that unnamed official famously told Peter Arnett of the Associated Press that “it became necessary to destroy the town to save it.”

Epitomizing the futility, immorality and nihilism of that era-defining war, that line has achieved true aphorism status -- employed most often to describe every political endeavor that is, well, futile, immoral and nihilistic.

But now, ever so quietly, the Vietnam quote has suddenly been dethroned by an equally oxymoronic line -- one that perfectly summarizes the zeitgeist of the post-9/11 era. As Wired's Spencer Ackerman reports:

The surveillance experts at the National Security Agency won’t tell two powerful United States Senators how many Americans have had their communications picked up by the agency as part of its sweeping new counterterrorism powers. The reason: it would violate your privacy to say so.

That claim comes in a short letter sent Monday to civil libertarian Senators Ron Wyden and Mark Udall...In a letter acquired by Danger Room, McCullough told the senators that the NSA inspector general “and NSA leadership agreed that an IG review of the sort suggested would itself violate the privacy of U.S. persons,” McCullough wrote.

While the line's bureaucratic lingo doesn't roll off the tongue like its Vietnam-era predecessor, it does equal it for sheer audacity. Yes, those actively violating Americans' privacy claim their stonewalling is all about trying to protect Americans' privacy.

Of course, what sets this particular oxymoron apart from others – what makes it the new reigning champion of oxymoronic newspeak – is its special mix of incoherence and non sequitur. This isn’t merely a self-contradictory statement – it’s one that doesn’t even pretend to offer an answer to the question at hand. As Wyden told Wired: “All that Senator Udall and I are asking for is a ballpark estimate of how many Americans have been monitored under this law” – not any specific names of those being spied on.

Why, then, would the NSA refuse to provide a vague estimate to the lawmakers constitutionally obligated to oversee the agency? Most likely because such an estimate would be a number so big as to become a political problem for the entire national security establishment.

According to the nonpartisan Electronic Frontier Foundation, "The U.S. government with assistance from major telecommunications carriers including AT&T has engaged in a massive program of illegal dragnet surveillance of domestic communications and communications records of millions of ordinary Americans since at least 2001." That's right, millions -- and that's merely what happened over the last decade. Moving forward, Wired reports that the NSA is building the "Utah Data Center" -- "a project of immense secrecy" designed "to intercept, decipher, analyze, and store vast swaths of the world’s communications as they zap down from satellites and zip through the underground and undersea cables of international, foreign, and domestic networks."

In the last few years, poll after poll after poll have shown that a majority of Americans are uncomfortable with such pervasive snooping. Considering that political reality, it's fair to assume that if the government suddenly acknowledged an even bigger domestic spying regime than we already know about, we might finally reach a tipping point -- one in which public outrage forces a wholesale reevaluation of the NSA’s entire mission.

Thus, in the name of self-preservation and self-interest, NSA officials shamelessly offer up the most epically inane oxymoron since Vietnam. They calculate that with a mindless left-versus-right political media more interested in manufacturing Mitt Romney gaffes and Barack Obama gotchas (as if there aren't enough real ones), few news outlets are interested in letting America know about the most serious outrages.

Sadly, that calculation is probably accurate.