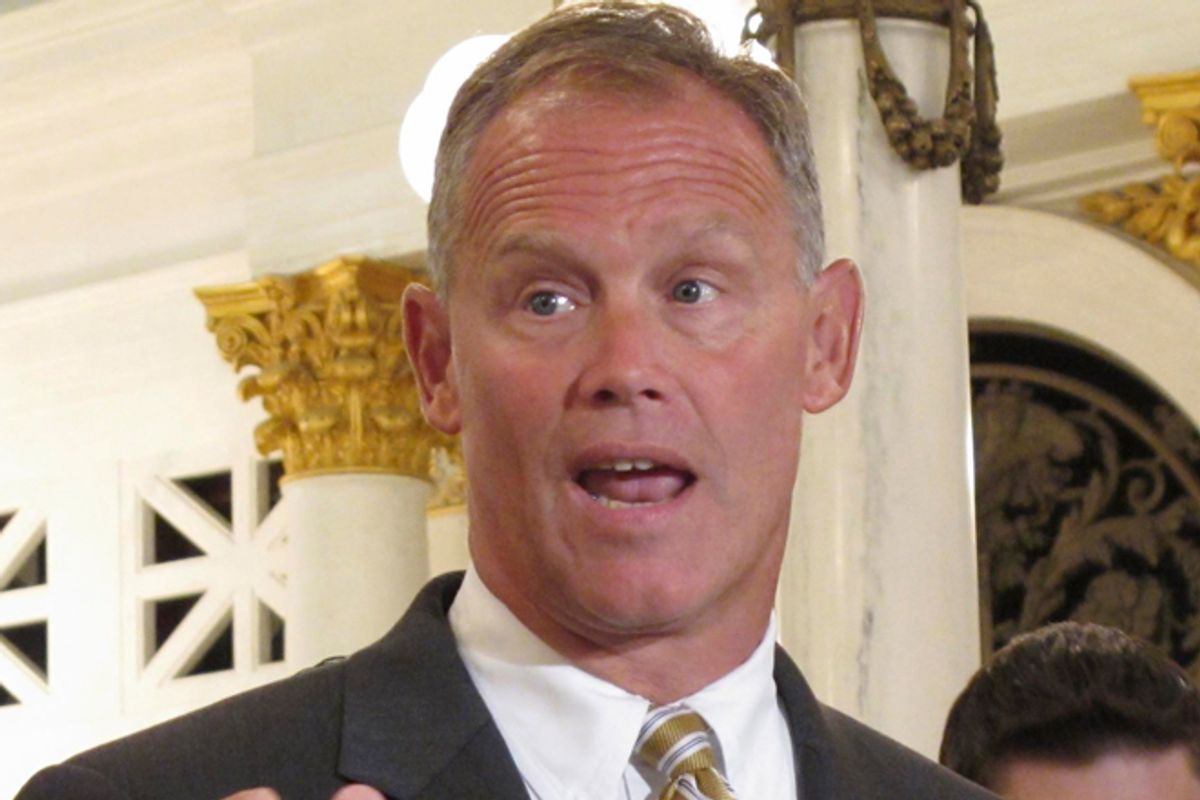 As state legislatures across the country pass legislation to require voters to present photo ID at the polls, many Democrats and civil rights leaders have protested that voter ID laws disenfranchise people who lack proper identification. Some even claim the laws are designed to intentionally sway elections by suppressing the vote of demographics that tend to vote Democratic (mostly young people and minorities). Republicans, of course, always deny this and say they are merely trying to protect the security of the vote and prevent fraud.

But one of Pennsylvania's top Republican leaders may have tipped his hand this weekend when he suggested to a meeting of Republican officials that the purpose of voter ID laws is to help his party's presidential nominee win. PoliticsPA's Kelly Cernetich quoted state House Majority Leader Mike Turzai at the Republican State Committee meeting:

He mentioned the law among a laundry list of accomplishments made by the GOP-run legislature. “Pro-Second Amendment? The Castle Doctrine, it’s done. First pro-life legislation – abortion facility regulations – in 22 years, done. Voter ID, which is gonna allow Governor Romney to win the state of Pennsylvania, done.”

Cernetich said the "statement drew a loud round of applause from the audience." Stephen Miskin, Turzai's spokesman, defended the remarks, pointing to alleged instances of voter fraud in the state. “Rep. Turzai was speaking at a partisan political event. He was simply referencing, for the first time in a long while, the Republican presidential candidate will be on a more even keel thanks to Voter ID," he said. "Anyone looking further into it has their own agenda.”

Voter fraud, which ID laws are designed to combat, has proven exceedingly rare.  "[O]ne is more likely to be struck by lightning than to commit voter fraud," the Brennan Center for Justice has noted. When the Bush administration's Department of Justice launched a five-year investigation into voter fraud, they found "virtually no evidence of any organized effort to skew federal elections," the New York Times reported. Only 120 people had been charged with voter fraud in the entire country, leading to just 86 convictions.

A request for comment from Turzai's office was not immediately returned.