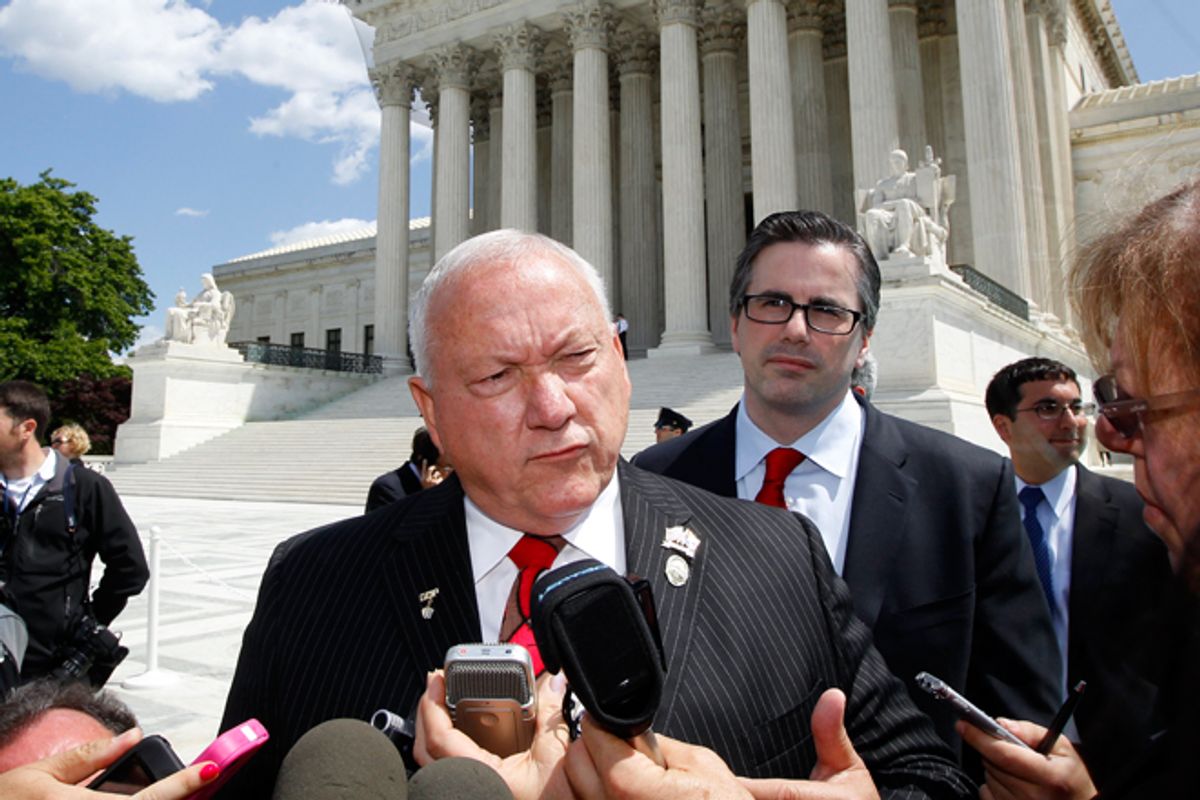 Former Arizona state Senate president Russell Pearce, the Republican who is often called the "architect" of the state’s controversial immigration law and who was recalled from office last November, called the Supreme Court’s ruling today a “huge win” when reached by phone. The court threw out several provisions of Pearce’s SB 1070, but upheld section 2(b), which requires local police officers to check the immigration status of suspected undocumented immigrants.

“I’m very happy,” he told Salon. “They upheld the most compelling piece ... section 2(b). The other sections were just icing on the cake, they were not critical, they were just nice to have. Everyone wants to make a deal about those, but it’s still illegal at the federal level not to have your papers with you.”

Pearce was a powerful Republican in the state until he lost to a political neophyte in a recall election last November. The immigration law played a central role in the campaign. Pearce is now running again for the state Senate.

Asked about the Obama administration’s positive reaction to the decision, he laughed and said, “Yeah, that’s great spin.” “They got a campaign to run, they don’t want to look like they just lost -- they did. They just lost. SB 1070 is in full force,” he said. “Their attempts to thwart and stop Arizona from enforcing the law have fallen flat.”