A government report embarrasses some career schools, even after standards were shamefully lowered 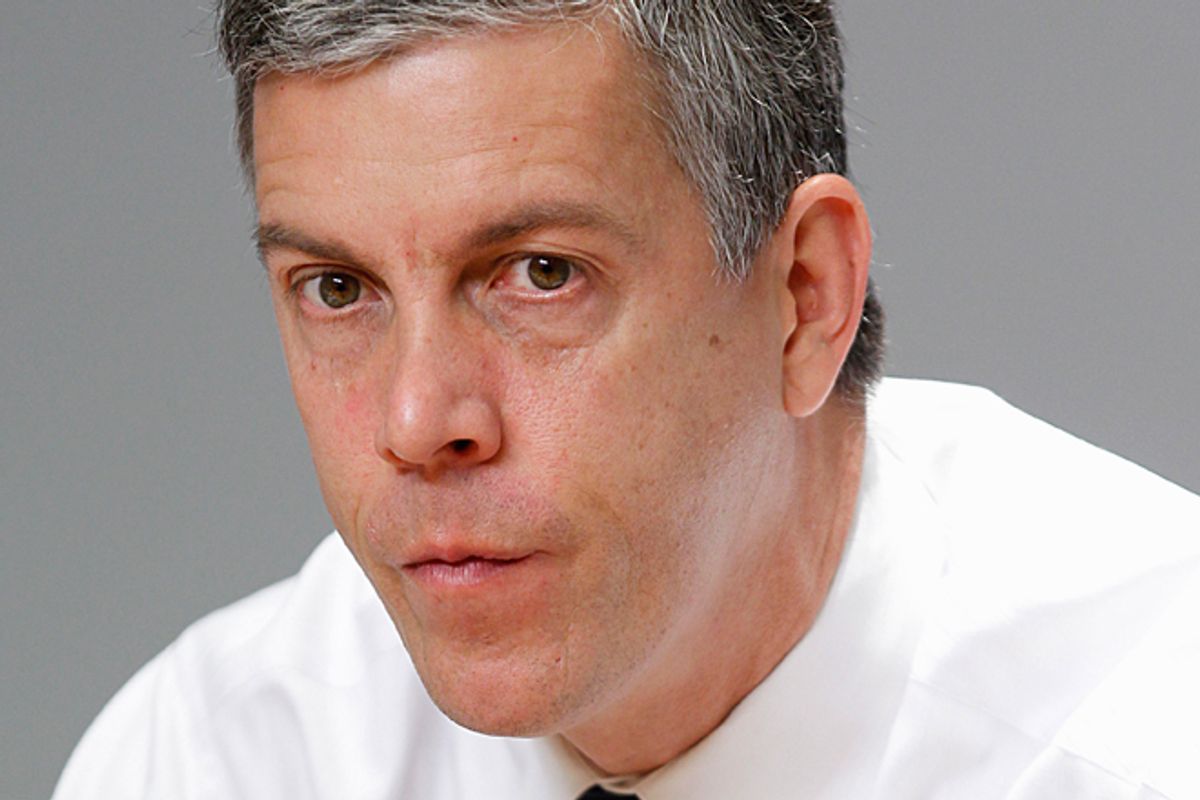 The first government-issued report card evaluating for-profit colleges is in, and it's none too pretty. Five percent of the vocational schools tested under the Department of Education's "gainful employment" rules failed to pass all three metrics of new rules aimed at ensuring taxpayer-funded government aid is spent effectively. More disturbingly, 35 percent failed to pass at least one out of three requirements.

The rules are designed to ensure that schools that derive the bulk of their revenue from federal aid can prove that they are preparing their students for jobs that offer a decent chance of paying down student loan debt. The principle makes logical sense, particularly when applied to for-profit schools. Why should the federal government be paying the private sector to provide students with terrible educations and crippling debt?

One for-profit school that has already received considerable attention from Salon turned out be one of the worst offenders. According to InsideHigherEd, "Corinthian Colleges, Inc., which owns the Everest chain of for-profit colleges and universities, fared among the worst on the metrics: 43 programs at Everest Colleges, Universities and Institutes failed to meet any of the department’s standards."

But that's not the real embarrassment documented by this report card, which a Department of Education press release described as "another step in [the Obama administration's] ongoing effort to improve transparency, lower college costs, and enhance value for students, by releasing new data on career training programs."

The real shame here is how weak the current gainful employment rules are, compared to what the Education Department originally proposed, and how little the current release means in practical terms.

Last June, InsideHigherEd provided a useful comparison of the original proposal and the final regulations. The only accurate word to describe what happened is "gutted."

To give just one small example, under the original proposed rule, programs that didn't meet the Department of Education's benchmarks could lose their eligibility for financial aid as soon as 2012. Under the final rule, a school has to fail the benchmarks three times, and the first date at which eligibility could be lost would be 2015. That means a for-profit operator like Corinthian will probably be safe, since spokesman Kris Jenkins told InsideHigherEd that the majority of the problems at its schools were in programs "that are being closed or have already been shuttered due to 'performance issues.'" Great for Corinthian, perhaps -- but not so good for the students who already went through those programs and are facing the high likelihood of defaulting on their student loans.

The entire saga serves as a pithy metaphor for politics during the Obama administration. The White House identified a real problem -- for-profit schools scamming taxpayer money to provide poor educations -- and attempted to address it forthrightly. But after dogged resistance and intense lobbying, abetted by an opposition party that, in this particular area, has flagrantly abandoned its get-government-out-of-the-private-sector ideology, the administration's efforts to fix the broken system have become so watered down that one can rightly wonder if there will be any meaningful long-term effect at all.