Claire McCaskill drops out of Charlotte

Sen. Claire McCaskill is the biggest Democrat yet to say she's skipping the convention. Should Obama be worried? 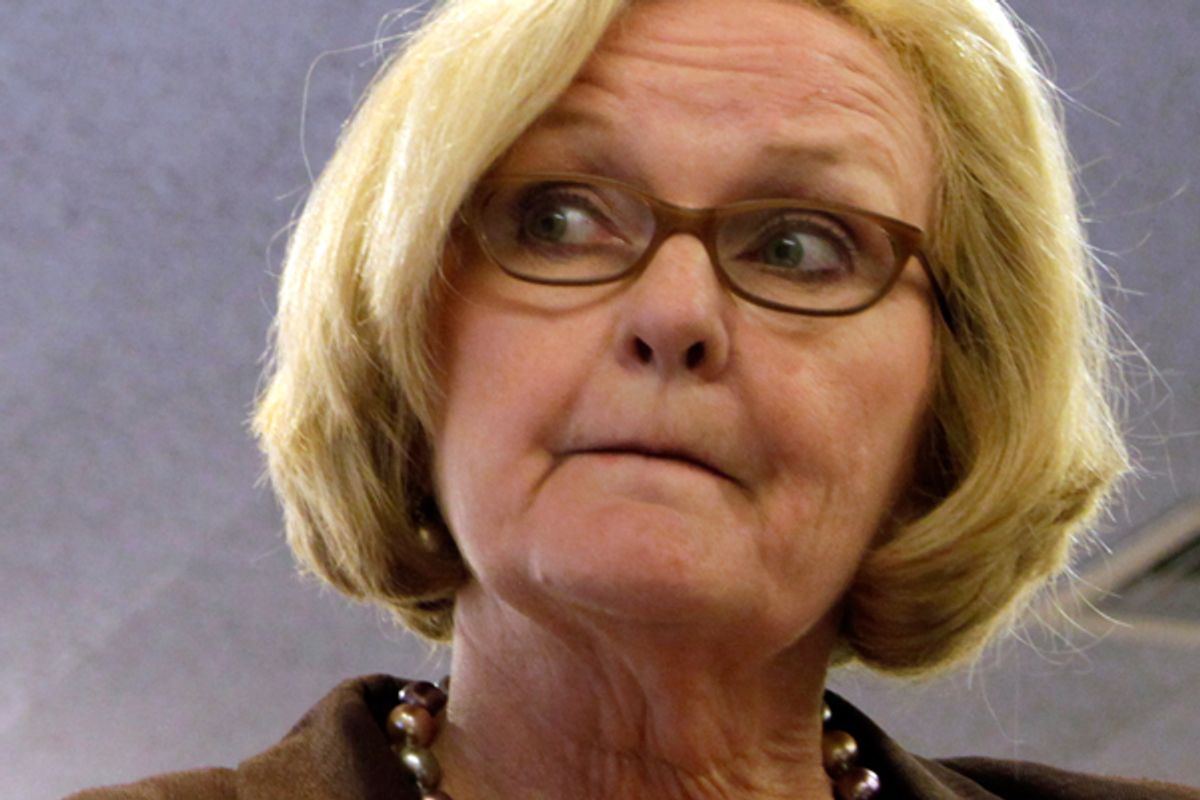 Missouri Sen. Claire McCaskill today became the latest in a string of vulnerable lawmakers to announce they'll skip the upcoming Democratic National Convention, saying she needs to focus on campaigning. McCaskill joins a growing handful of candidates from purple states skipping the convention, including most of the Democratic brass from West Virginia, including Sen. Joe Manchin. McCaskill gave a keynote address at 2008’s convention, so the news seems all the more damaging.

Conservatives are gleeful with the addition of each new name to list of AWOL Dems, and the absences are already being portrayed as a rebuke of President Obama, or a fear of being associated with him. Either of those motivations may be true, but is it that unusual for candidates to skip the convention?

It turns out people do it every four years. And it’s worth noting that at least one high-profile Republican, Montana Rep. Denny Rehberg, who is not running for Senate, will skip his party’s convention in a show of independence.

In 2008, then-President George W. Bush and Vice President Cheney both skipped the convention, ostensibly to focus on the recovery from Hurricane Gustav, but many observers believed this was actually a pretext to distance John McCain from the unpopular incumbent. Then-Oregon Sen. Gordon Smith was also absent. "It's a rare week where the Senate will not be in session, and it's more beneficial for Senator Smith to focus on the campaign than spend time in Minneapolis," a Smith spokesperson said.

Four years before that, then-Florida Gov. Jeb Bush missed his brother’s renomination, also thanks to a hurricane. Then-Secretary of State Colin Powell skipped the 2004 convention, despite being “the most popular Republican in the country” and “the party's number one asset,” as the Washington Post wrote at the time. Powell said it was customary for Cabinet members to stay away from political activity. That same year, three of Arizona's six GOP congressmen, J.D. Hayworth, Jim Kolbe and Trent Franks, skipped the convention in order to spend more time campaigning at home.

One of the Democrats skipping this year, Rep. Jim Matheson of Utah, has never attended a Democratic National Convention and he isn’t starting this year. Rep. Jim Marshall, a Democrat from Georgia, also skipped in 2008.

And McCaskill herself skipped in 2004. "Generally speaking, Claire has not gone to the national convention when she is on the ballot because she believes it's important to spend as much time as possible in the state of Missouri talking with voters," a campaign aide told the Hill.