Obama warns supporters, "I will be the first president in modern history to be outspent" 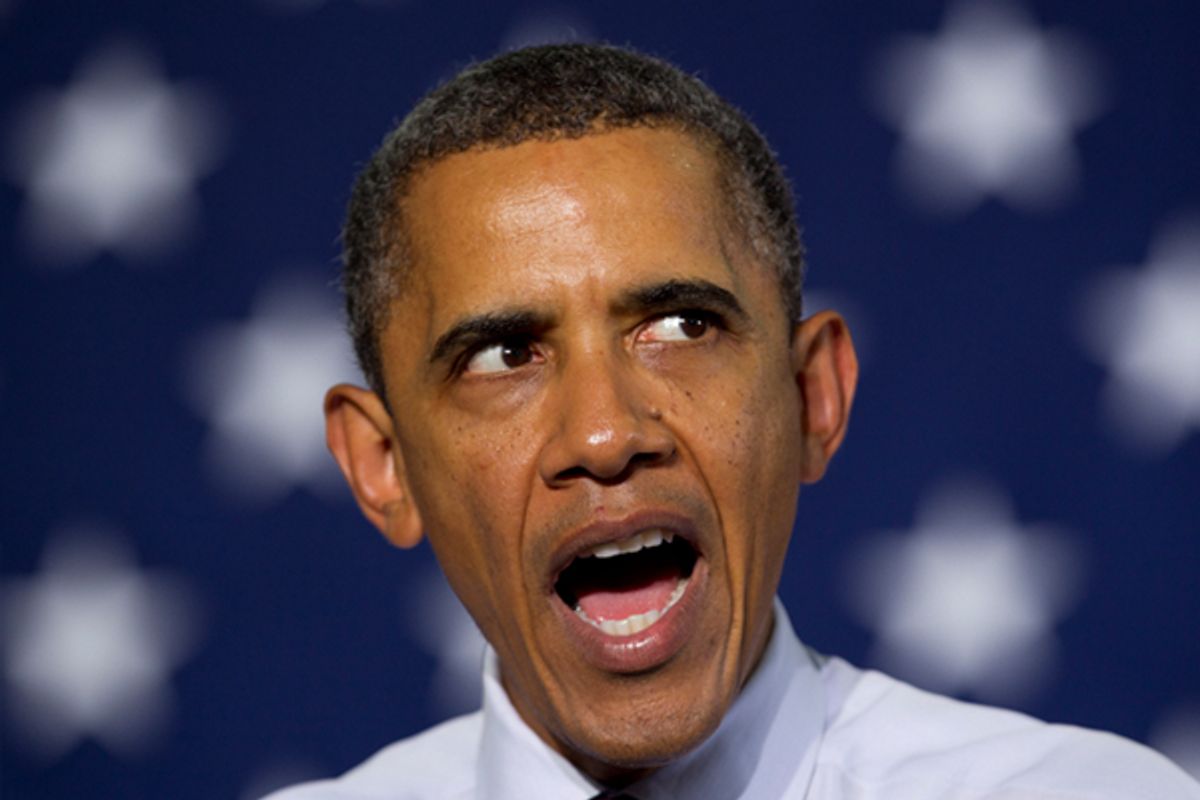 The Obama campaign sent an unusual email to supporters today, hoping to fundraise off what they expect to be their fundraising difficulties. "I will be the first president in modern history to be outspent in his re-election campaign, if things continue as they have so far,” the email says. “I'm not just talking about the super PACs and anonymous outside groups -- I'm talking about the Romney campaign itself.” The email goes on to note that most of Romney's money, unlike Obama's, comes from big donors, rather than small ones.

It’s an interesting tactic and may work for a liberal base concerned about the post-Citizens United campaign finance regime. It’s also probably true, as the presumed Republican nominee has out-raised Obama in the past two months and will likely continue to do, thanks to backing from deep-pocketed donors. “We can be outspent and still win -- but we can't be outspent 10 to 1 and still win,” the email says. That ratio seems unlikely, but in light of the 7-to-1 fundraising advantage Wisconsin Gov. Scott Walker enjoyed in his recall election earlier this month, the fear is not completely far-fetched.

As a fundraising strategy, this is a kind of classic gambit of spinning fundraising numbers. When you’re out-raising your opponent, is shows that you're resonating and have momentum; when your opponent out-raises you, it shows they’re trying to buy the election.

But it’s also worth noting that if Obama does get severely outspent, he may have himself to blame, along with deep-pocketed GOP donors. Four years ago, the then-senator was raking in cash and chose to forgo public campaign financing. He was the first major party presidential nominee to do so, and likely killed the program with his decision. Republican nominee John McCain, unable to match Obama’s fundraising prowess, accepted public financing and will likely be the last candidate ever to do so, unless the campaign finance system is majorly overhauled.

Public financing provides free money to candidates, paid for by taxpayers who choose to chip in $3 on their tax returns to fund the program, but also caps the amount of money candidates can spend on elections and attaches other restrictions. Obama opted out of the program because he knew he could raise and spend more than the $84 million he would have been limited to in the system, and indeed he did.

At the time, Obama said his decision, like his one this year to tacitly endorse the super PAC backing his bid, was not easy and made out of pragmatic, rather than principled concerns. He said as recently as last year that he supports public financing in principle, but said the system in practice was "broken." Still, campaign finance watchers say his may have been the fatal blow to the system.

At the time, Obama said he needed to opt out of public financing because McCain’s bid was “fueled by contributions from Washington lobbyists and special interest PACs." The power of outside groups has only gotten stronger since then, so maybe he was right all along, but if both Obama and Romney took public financing, it would  level the playing field and he wouldn't have to send today's email.

Of course, it’s entirely possible, or even likely, that even if Obama took public financing in 2008, and again in 2012, Romney would forgo the system and outspend Obama even more than he will today, and the situation is more an indictment of today's broken campaign finance rules than anything else. But it's worth remembering that both parties have some blood on their hands here.