We look back at our own conversations with the cultural icon, who died today at 71 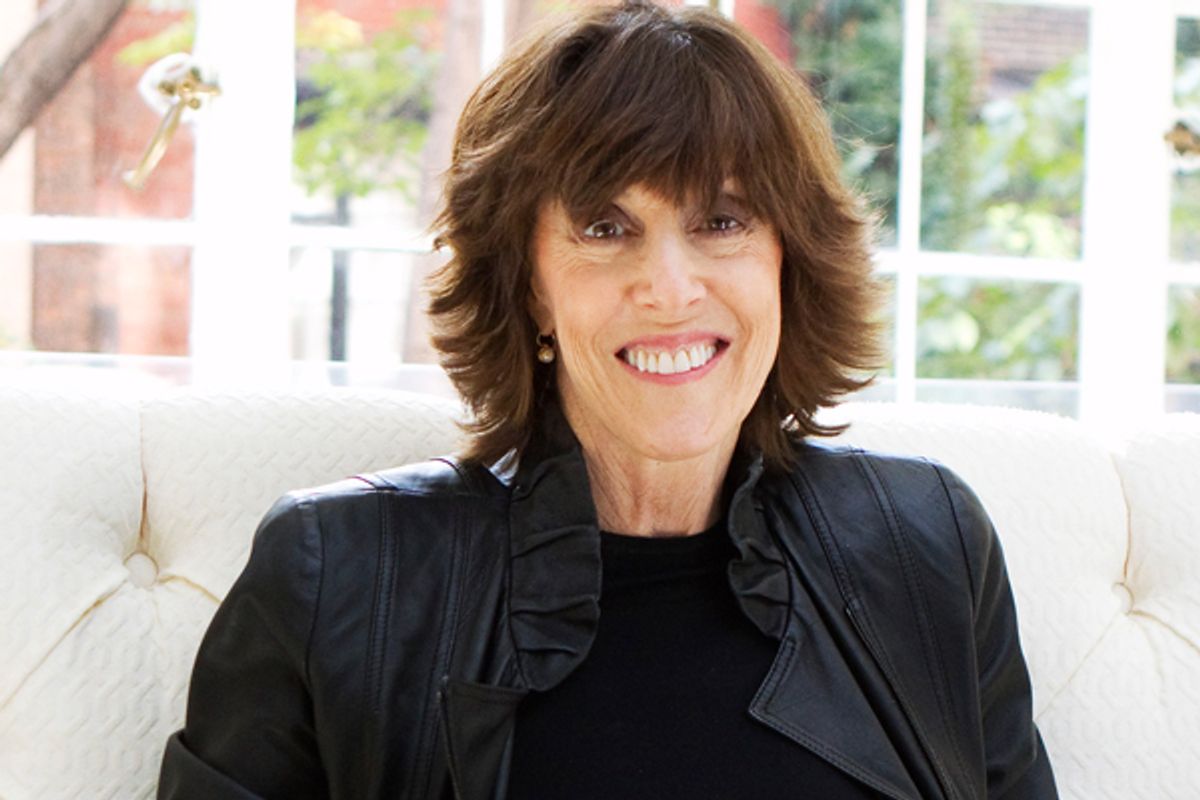 We once wrote of Nora Ephron that "her cultural influence is so elemental ... she’s like hydrogen." We've written about -- and chatted with -- her and her work so frequently that when news broke Tuesday evening of her death, it came as a swift, sad shock.

So we immediately returned to -- and urge you to, as well -- Rebecca Traister's fine and defining profile of Ephron in 2006:

For 40 years, Nora Ephron has been a wicked social critic and storyteller, spotting and eviscerating trends, spinning somber tales into comic gold, and revivifying a moribund cinematic genre — the romantic comedy — for a country still trying to recover from the sexual revolution. She began her writing career in the ’60s as a reporter for the New York Post and covered the media, fashion and women’s issues for Esquire and New York magazines in the ’70s. In 1983 she wrote the novel “Heartburn” and then adapted it for film; soon she was penning Oscar-nominated scripts for “Silkwood” and “When Harry Met Sally,” and by the time the ’90s rolled in, she had largely abandoned journalism for Hollywood, directing and producing movies like “Sleepless in Seattle,” “You’ve Got Mail” and “Bewitched.” It was in this last stage of her career that Ephron became most famous; these starry, heavily soundtracked films are also what got her labeled schmaltzy.

Yet while she has surely trafficked in some synthetic twinkle, Ephron is no sap. In fact, in much of her work, she is a lot like her beloved Manhattan: protean, resilient, sharp, eager to crack a grim smile in bad times, susceptible to big-strings romanticism, but often willing to resist — yes, resist — sentimentality in the face of change.

Give the whole piece a read. And while you're at it, here's Kerry Lauerman's interview with Ephron from 2010, when she published "I Remember Nothing," a book about the challenges of aging and facing death. We asked her about several essays she'd written over two books about a close friend's death:

When you’re 30, you accumulate friends and you shed friends and you get closer at certain moments to some than others. And you have a huge bench of friends. And then that’s just not true.

It’s just that she was my very best friend. And that’s that. There’s never going to be another one. The person you can really talk to about anything. The person who knows your kids, whom your kids love, think of as family, all the things that happen over the years and that’s gone. It’s an amazing loss and almost everybody my age has that, that hole, where there used to be somebody.

Then in 2009, upon the release of "Julie & Julia," the film Ephron wrote and directed about Julia Child and Salon food blogger Julie Powell (who decided to cook her way through "Mastering the Art of French Cooking"), Traister and Ephron talked about the single life and the relationship between women and food.

Food has brought me joy in times when there wasn’t love or work or sex or money. It’s something that brings you pleasure even when you have little control over the lack of other pleasures. You can bring food into your home; when you’re a single girl who doesn’t have plans in the evening you can make yourself dinner for four.

And feel that you are not sad, because you’re not eating yogurt. And then if you’re having a good life, it adds something wonderful. I have friends who really do not understand why I would drive 40 miles for this cheese thing that we once drove 40 miles for in Italy, and I just feel terrible for them. What’s wrong with them? Uphill, also. On a winding road.

What was the cheese thing?

It was in this little town near Portovenere, this little hill town that has a festival. In the main square is a gigantic copper pan hanging on the side of some building and every year in July they have a fritto misto festival and they heat up the oil in this 16-feet-across pan and they fry fish in it. Meanwhile, in this tiny little bakery off the main street is this cheese and crust thing. It was one of those things where you say, “Oh, I’ve just eaten the greatest thing of my life, which happens to me about five times a year.” I know there are people who would drive that long to see a painting. I would never do that. Never. But I feel bad for the people who wouldn’t drive for the cheese thing.