My book was a bad idea

I told myself I was writing important work. But I was a striver reaching for another brass ring 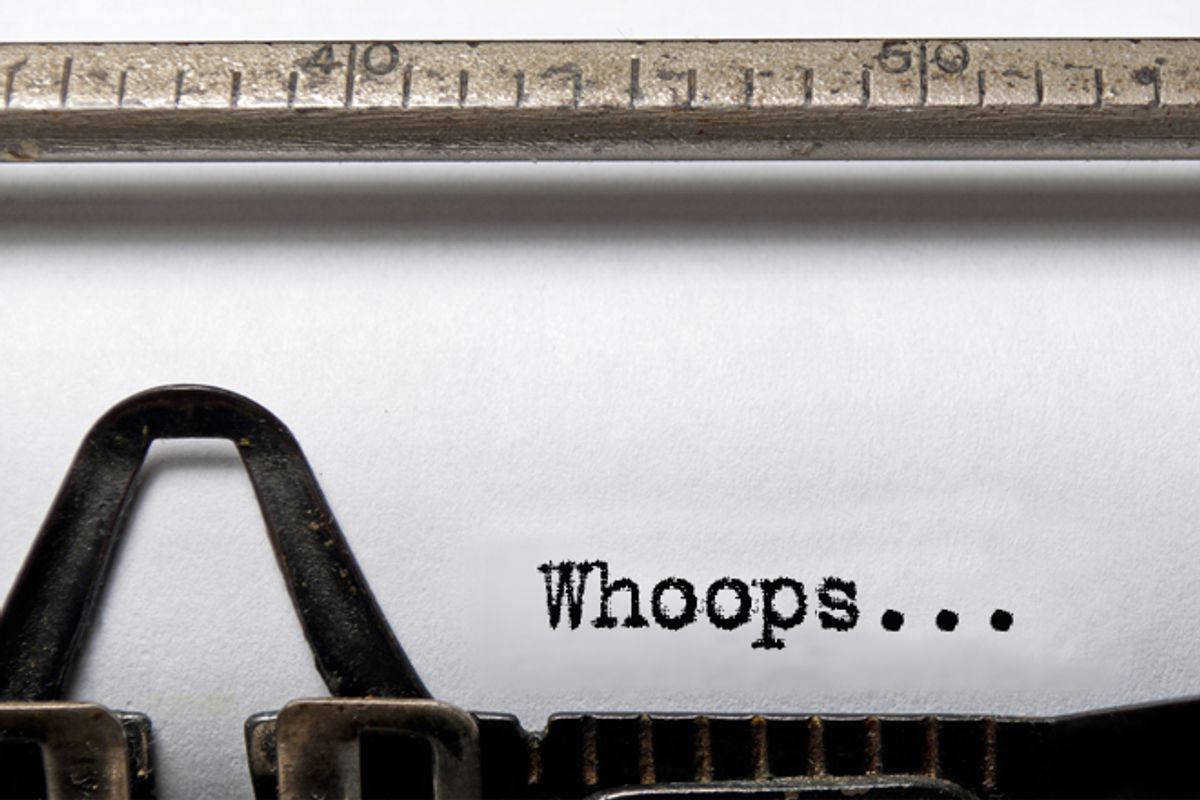 Four and a half years ago I quit my job and moved continents so that I could write a book. This book was to be a serious yet eminently readable work of narrative nonfiction. It was going to be the kind of book that earned stellar reviews in respected publications and landed me a segment on “The Daily Show,” where you could tell Jon Stewart thought I was funny.

In the years since, many well-meaning people have asked me, “How’s the book?” This once-innocuous question falls upon my ears today like “How’s your chlamydia?” or “What happened to those lewd conduct charges against you?” The short answer is that I did write a book, I couldn’t get it published, and these days I am much more familiar with failure than talk-show green rooms.

In the beginning of 2008, writing a book did not sound like a terrible idea. I was a newspaper reporter with the dumb luck to stumble across an interesting true story for which I can claim zero creative credit. I went to New York and easily landed an agent on the strength of said story. I went to Southeast Asia and squatted in the dust for months gathering interviews and research. Then I came back to New York and set about writing, a thing I believed I loved to do.

I was wrong. I liked having written things. Writing them was the worst. I wrote and wrote, and could not believe there was so much still to write. I read and reread drafts until I was no longer sure they were in English. I cut pages of useless and boring exposition that amounted to days of work. I was at one point concerned that I had not given enough detail to the process of cashew farming. You don’t need to know what the book was about to know that this is a bad sign. No one, ever, since Gutenberg, has closed a book and wished they’d learned more about cashew farming.

And I was scared, so scared, that I would get something wrong, that I would sound clunky or naive, that I would take this fascinating story that happened to cross my path and jack it up with my own incompetence. I agonized over every sentence, and I have yet to hear any great writer advise that the best work comes when you ignore your instincts and focus intently on fear and self-doubt.

As the years passed with no sign of a finished book, I took odd jobs to stay afloat. I wrote biographies of famous writers for an educational website (now a haunted house of pop-up ads; porn will surely claim the domain name soon); biographies of C-list notables for an obscure television channel (ask me about Lou Albano!); and marketing content for a company that imports jars of olives. I also had a long contract doing work I really enjoyed for an organization I really admired, so it wasn’t a total wash, but it also wasn’t the career I envisioned as a hungry young journalist just a few years before. The thing that was going to anchor this period on my CV, the thing that would make clear I was a Serious Writer and not a drifter who couldn’t hold a job, was this Book.

Finally I finished it and sent it to my agent. Over the next 24 hours I refreshed my email every 10 minutes in the hopes that her breathless, joyful reply would surface. After a few weeks of silence I no longer believed that the book was so good she just needed time to compose herself before writing back. The email mercifully euthanizing our contract eventually came. But by that time I had had a baby, was about to move to London for my husband’s job and had already mourned the end of this little dream.

There were extenuating circumstances for why this particular project didn’t work with this particular agent, but none of them trumped the most extenuating circumstance, which was that the manuscript was not good enough to convince a professional agent that it was going to sell. I pitched a few other agents, and one went so far as to read an excerpt, but no one was interested. The book now lives as the biggest file in my Word documents. Eventually I will do something with it, even if it’s just printing copies myself and hiring an off-duty Jehovah’s Witness to distribute them in the park for free. But even that won’t be happening any time soon.

This was the first significant thing I’ve done professionally that flat-out failed. There have been other undertakings that didn’t go as well as I hoped, but with time and distance I can make them sound like less than the fiascoes they were. There’s no massaging this one. I said that I wanted to write a book, and I did, but it was only once no one wanted to publish it that I realized that what I really wanted was to be a published author, and that I most assuredly am not.

One of the most sobering realizations of this experience was that for most of that time I was not working because I was an artist who must write or die, or because I was a crusading journalist who saw truth and needed to tell it. I was a self-absorbed striver reaching for another brass ring, and I used words as the best way to get there. I sometimes hear successful authors refer to their books as their babies. In the end I didn’t love this book like a baby. I resented it for not doing what I wanted it to do, and myself for not being able to make that happen.

In the last year and a half, since the arrival of an actual baby, it has been made stunningly clear to me that the things you love don’t owe you anything – not success, not plaudits, not a decent night’s sleep, nothing. You give them your effort and devotion because they deserve it, because their presence turns a light on in your dim little life and there will never be enough ways to say thank you. You can’t confuse what you do in the service of ambition with what you do for love. I love my kid and she literally vomits all over me constantly and I don’t care. I love writing, too, and I’m sorry to admit that I was using it to selfish ends.

I set the book aside. Over the last year, during nap times and on park benches, I started writing something new, a small memoir about learning to live with a baby and the British. Because it was my own story and I did not have to worry if I was being unfair or inaccurate, I wrote without fear. I did not think about how it might sound to an agent or a publisher or anyone else on the business end of books. When I finished it I felt a sense of lightness in my heart. How freeing it is to write in your own voice. To paraphrase Kate Hudson in "Almost Famous," the truth just sounds different.

And then I sent that to a publisher and it got rejected too! I tapped into the voice of my soul, and that also was rejected. My spirit animal has been kicked in the nuts. I put myself out to the Universe, just like Oprah said you should, and the Universe has responded, gently but firmly: Please stop. But I haven’t! I’m still writing, and now it feels more like an act of rebellion than the efforts of a schoolgirl desperate to please – a rebellion, to be clear, against nothing but the obnoxiously persistent conviction that external validation is the only kind that counts.

My relationship with writing today is neither glamorous nor exciting. We will not get each other into fancy places; we will not make anyone rich. We have fallen instead into a pattern much closer to the comfortable grooves of love: two homebodies shuffling around the same desk, battling frustration and disappointment, witnessing failure and choosing, against all odds, to stay.