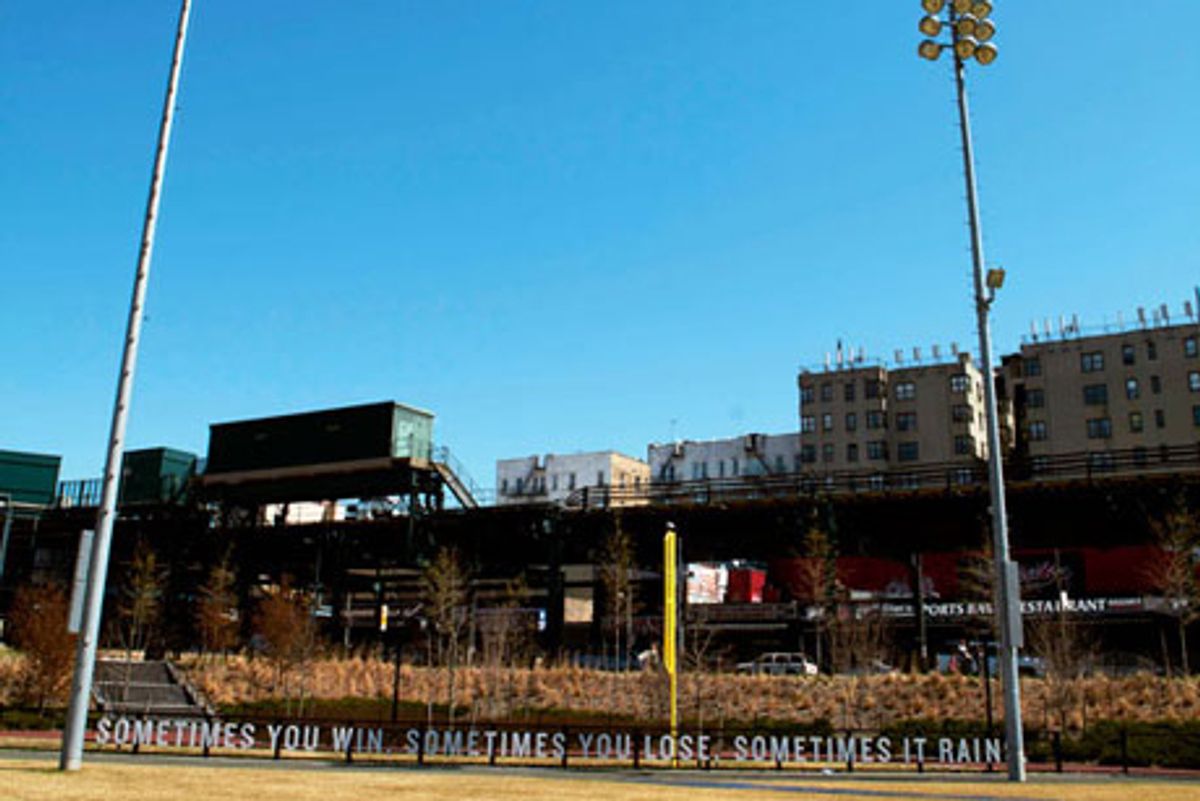 When the New York Yankees’ historic 1923 home in the Bronx was torn down to make way for a new, luxury-box-stuffed stadium, it seemed as though the House That Ruth Built would be nothing but a memory. That gave Stephen Doyle an idea.

Doyle was tasked by the city with commemorating the old stadium in Heritage Field, the park that was built in its footprint and opened in April. He came up with a ghost outline of Yankee Stadium—he prefers the term “indelible field”—traced over three new community ball fields. “The initial idea was to draw the field in bluegrass,” says Doyle, the creative director of Doyle Partners. “It would be sort of like a time exposure, and eventually Yankee Stadium would melt away.”

But that plan proved difficult—for one, it was hard to find contrasting grass. So instead, the project’s engineer, Stantec, tracked down a Dutch company called Desso that weaves artificial fibers into turf fields. (“Sort of like hair plugs for men,” Doyle says.) Using a machine that resembles a Zamboni, Desso punched its GrassMaster turf 8 inches into the field, creating a 5-foot-wide Yankee-blue pinstripe along the exact dimensions of the old stadium.

“The drawing of the field is kind of indigenous,” Doyle says. “It’s obviously an artificial layer, but it’s not a big sign that says ‘Yankee Stadium Used to Be Here.’ It does it with a gesture, with a little bit of a wink. It’s kind of fun that there’s this memory lurking in the ballpark.”

.
This article appears in the June issue of Print. Purchase this and other issues of the magazine at MyDesignShop.com.