How to rate a writer's deceit

From Jonah Lehrer to President Obama, writers keep getting accused of treachery. Here's how to tell when it's real 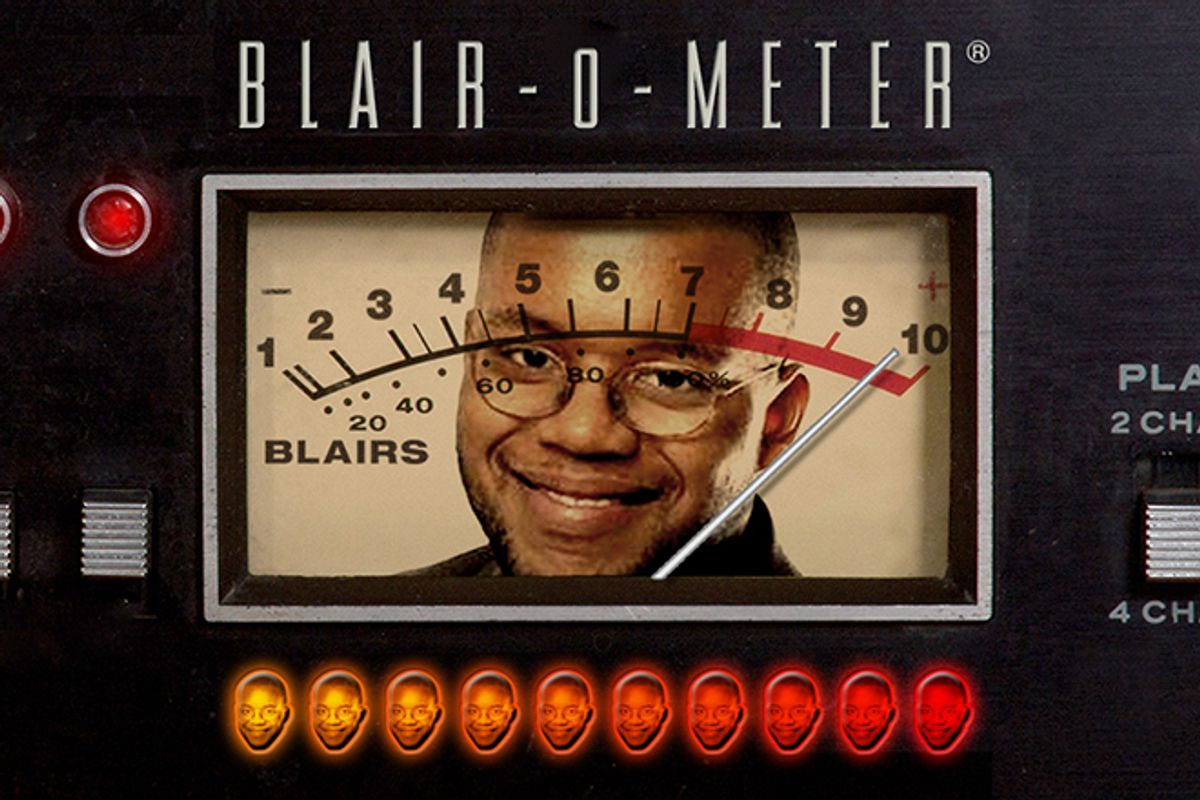 Last Tuesday, in a post on his eponymous media-news site, Jim Romenesko broke the news that best-selling author Jonah Lehrer had reused, almost word for word, the lead from an Oct. 15, 2011, Op-Ed in the Wall Street Journal in a June 12 blog post for the New Yorker, where he’d recently been hired as a staff writer.  Within hours, other writers turned up evidence that Lehrer’s journalistic self-abuse wasn’t limited to a single recycled passage.

The cut-and-pasting hadn’t even been confined to Lehrer’s journalism: His latest book, “Imagine,” which debuted at No. 1 on the New York Times’s nonfiction bestseller list, had numerous passages that had previously appeared in Lehrer’s blog or periodical work. (For a full rundown of Lehrer’s transgressions, check out Edward Champion’s running tally, which has already been referred to as “the Starr report of the Lehrer affair.”) Further accusations ran the gamut from the fatuous (Lehrer — gasp! — repeated himself in speeches) to the felonious (Lehrer was accused of plagiarizing Malcolm Gladwell, an allegation Gladwell termed “absurd” and “ridiculous”). By the end of the week, the New Yorker had added editors’ notes to all five of Lehrer’s posts indicating that they “regret[ted] the duplication of material,” Wired reported that it was reviewing the 300 posts Lehrer had written when his blog was hosted on Wired.com, and a Wikipedia war had broken out over how Lehrer should be portrayed in the online encyclopedia.

Some of this is understandable. Lehrer, who turned 31 Monday, is young, attractive and phenomenally successful. In addition to his New Yorker job, he’s a regular contributor to Radiolab, penned two other bestsellers before “Imagine,” and makes tens of thousands of dollars in annual speaking fees. Claims that there’s not some heavy schadenfreude at work here seem a bit unaufrichtig, to say the least. (Full disclosure: Lehrer and I emailed a handful of times in August and September 2010 about one of his Wired blog posts. We share an agent. I referenced his work in my last book, “The Panic Virus,” which Lehrer blurbed.)

But at a time when charges of author deception have become commonplace – afflicting ink-stained wretches and presidents alike – how can you decide what, ultimately, matters at all? Journalism doesn’t have any official licensing body (and thank goodness for that), so anyone looking for a final rendering of judgment has been out of luck.

Until now! I’ve devised a new unit of measure — the Blair, named after former New York Times staffer Jayson Blair, whose spectacular 2003 flameout formed the backbone of my book about the Times, “Hard News” — that will let you know what the future should hold for would-be transgressors. Below is an explanation of the Blair scores for a sundry list of sins, as well as the career Blair total for some of the industry’s most infamous miscreants.

Blair Scores
Blairs are cumulative over the course of a career, and are scored on a 1-10 scale. Anything above 5 Blairs should result in professional exile. (See sentencing guidelines, below.)

Plagiarism
1st offense: 3 Blairs
For other previous instances uncovered subsequent to the first instance being discovered:

Rationale: Plagiarism is one of the cardinal sins of journalism, and there are many people who believe a single instance is reason enough for lifelong banishment. That might have made sense when writers traveled the traditional stations of the cross — college newspaper/journalism school, small daily paper, big city daily, etc. — it’s a bit harsh when a self-published blog can serve as a legitimate launching pad for someone without any previous training. (To be sure, plenty of plagiarists from the good ol’ days have got off with a wrist slapping -- and a hat-tip to this piece by former Slate media critic/current Reuters blogger Jack Shafer for pointing me to the 1995 Columbia Journalism Review piece linked above.) This scale suggests that a habitual plagiarist be banished for life, regardless of when or where the instances occurred; it also holds out the possibility that a small number of indiscretions can be overcome.

Fabrication
1st offense: 5 Blairs
For other previous instances uncovered subsequent to the first instance being discovered:

2nd  offense: 5 Blairs
For other previous instances not having to do with journalism uncovered subsequent to the first instance being discovered (i.e., lying on a resume, misrepresenting qualifications, etc): 2 Blairs

Rationale: A single instance of fabrication lands you in purgatory; more than one instance, regardless of when or where it occurred, and it’s curtains for you.

Lifting quotes or reporting without proper attribution or credit
1st offense: 1 Blair
For other previous instances uncovered subsequent to the first instance being discovered:

Rationale: This is a tough one, because it can encompass so many different things. (After all, entire journalistic empires have been built on repackaging other reporters’ work.) Lehrer has been charged, by multiple people, of “plagiarizing” Malcolm Gladwell because he used an ellipsis in an identical point in a quote from William Goldman. That accusation seems, to me, to be one toke over the line. I’m less forgiving of Lehrer’s appropriation of some Noam Chomsky quotes from a Tech Review article that made it seem as if he had actually interviewed my esteemed colleague.

Rationale: In most instances, lying about your sins is going to drive your Blair total beyond the point of no return; doing it twice (which implies two separate sins to lie about) definitely will.

Rationale: For the first time, we’re incorporating scorer’s judgment into the mix. Because of varying standards, par-for-the-course editing out “ums” and “you knows” at one outlet could be verboten someplace else. Composites, too, can vary in intent and use: Combining an 8-year-old kid with an adult heroin addict to make an 8-year-old heroin addict is a lot different from combining several characters saying inconsequential things at a dinner party.

For other previous instances uncovered subsequent to the first instance being discovered:

Rationale: We’re still coming to grips with what, exactly, happened during l’affaire Lehrer; there’s not even any clear consensus on what to call this particular sin. (As Shafer pointed out, calling someone a self-plagiarist is a little like accusing someone of adultery for sleeping with his own spouse. Shafer’s column also contained this memorable line: “He was an onanist, playing self-abuse games with his copy, but he wasn’t any sort of plagiarist.”) That’s as good an indication as any that there are no previous accepted standards here: It’s hard to have sentencing guidelines when the crime hasn’t been defined. Everyone, Lehrer included, seems to agree that what he did was wrong; this scale keeps journalistic onanism as a lesser sin than plagiarism but one that will have long-term consequences on a career.