Finally! The CNN anchor tells Andrew Sullivan that by remaining silent, he looked like he was hiding something 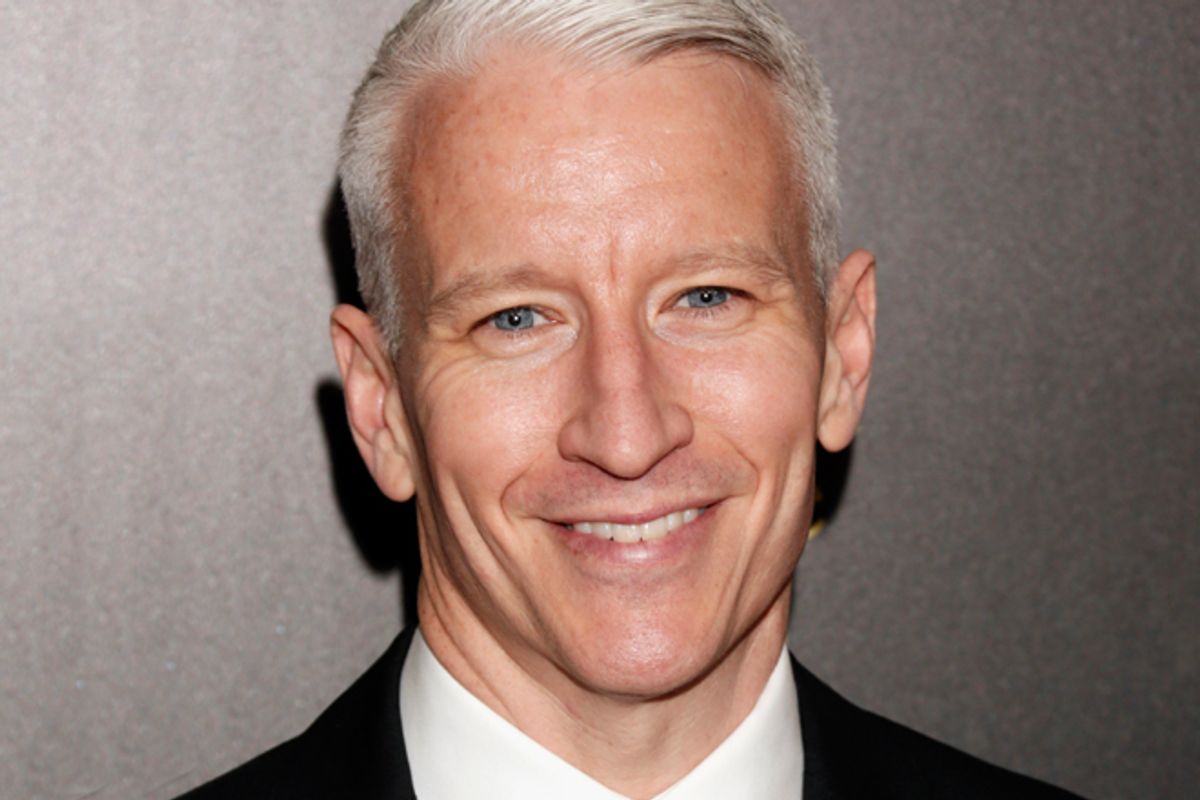 Anderson Cooper, who has long been rumored to be gay — or whatever the word is for something that is past rumor, but not quite confirmed as fact — just came out this morning in a lovely, eloquent email to Andrew Sullivan.

Sullivan, who has been friends with Cooper for two decades, has asked Cooper’s opinion on a recent Entertainment Weekly cover story about "The New Art of Coming Out," a trend piece on the growing number of casually, calmly, openly gay people in the entertainment business who came out of the closet with minimal fuss. (Think of Jim Parsons, who just came out in a throwaway sentence in a New York Times profile, or Zachary Quinto who did it in an interview, as well as Neil Patrick Harris, Jesse Tyler Ferguson, Jane Lynch and more.)

In responding to the EW piece, Cooper basically performed its thesis, forgoing any big television interview or magazine cover and announcing to Sullivan that “The fact is, I'm gay, always have been, always will be, and I couldn’t be any more happy, comfortable with myself, and proud.”

In his email, Cooper explained that he had not publicly come out before because he wanted to protect both his privacy and safety, something of import to a person who reports stories all over the world. However, recently:

I’ve begun to consider whether the unintended outcomes of maintaining my privacy outweigh personal and professional principle. It’s become clear to me that by remaining silent on certain aspects of my personal life for so long, I have given some the mistaken impression that I am trying to hide something — something that makes me uncomfortable, ashamed or even afraid. This is distressing because it is simply not true.

I’ve also been reminded recently that while as a society we are moving toward greater inclusion and equality for all people, the tide of history only advances when people make themselves fully visible. There continue to be far too many incidences of bullying of young people, as well as discrimination and violence against people of all ages, based on their sexual orientation, and I believe there is value in making clear where I stand.

While, as of this writing, there were already some tweets wondering what took Cooper so long, that seems overly critical. Better late than never. You can read Cooper's full letter here.