Does HBO have a Tea Party problem?

As "Girls," "Game of Thrones" and "The Newsroom" spark partisan controversy, time for other shows to get political 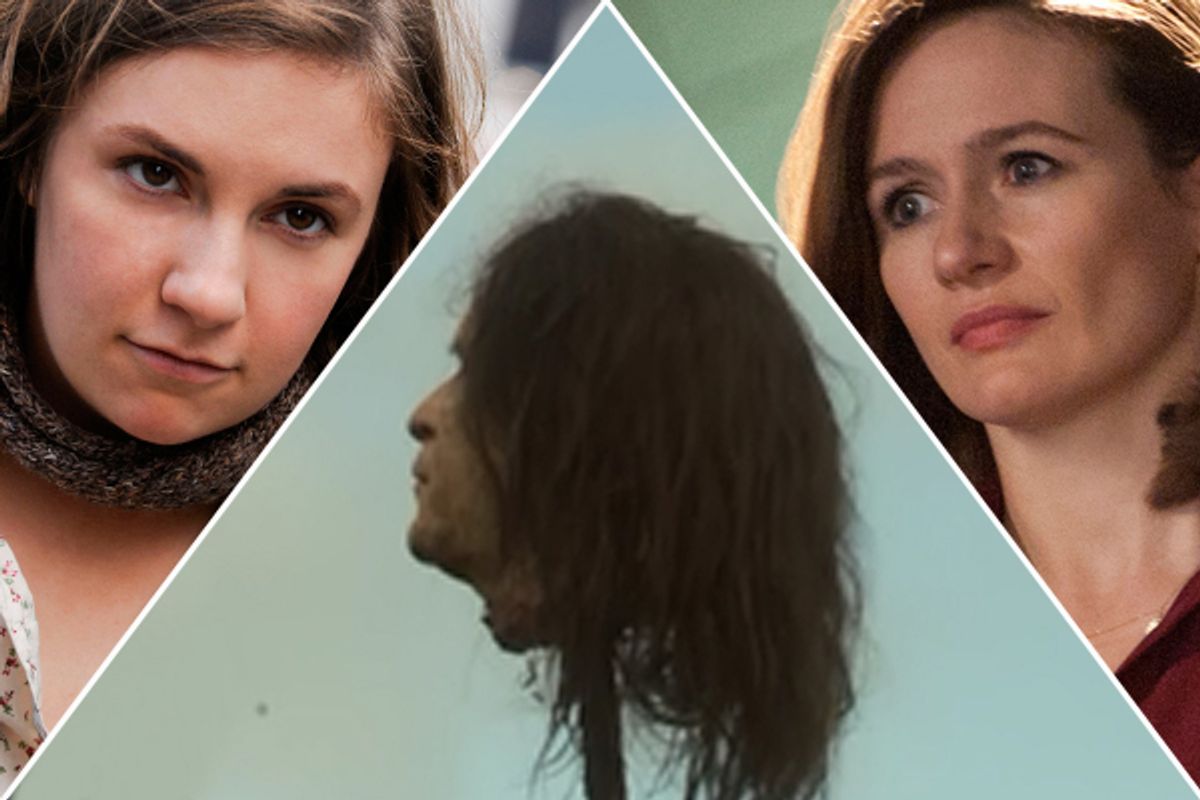 From left, stills from "Girls," "Game of Thrones" and "The Newsroom"
--

In the last month, HBO has served up quite a feast for people who like to argue that liberals run the media. Three weeks ago, the “Game of Thrones” showrunners revealed in a DVD extra that one of the spiked heads decorating the parapet at King’s Landing had been made to look like George W. Bush. Two Sundays ago, “Newsroom” premiered, a show about a show with the stated mission of debunking the Tea Party, a political agenda at least one of its cast members, Emily Mortimer, told Salon she is sympathetic to. And yesterday Lena Dunham tweeted an invitation to a fundraiser for the liberal PAC throwing a party to get some Tea Partyers ousted from office.

In the case of “Game of Thrones,” both HBO and the showrunners apologized for being disrespectful. Whatever one’s feelings about Dubya, this particular decapitation was in keeping with neither the spirit of democracy nor continuity. Westeros does not contain Democrats or Republicans, only dragons. But the other left-leaning events — the politics of “Newsroom” and the politics of HBO talent like Dunham and Mortimer — have induced no mea culpas from the network. As it should, HBO is perfectly happy to let its actors believe whatever they want, and say it however loudly they want, and to air shows that grapple with the real politics of the real world without issuing any blowback.

All of which got me thinking about “Veep,” HBO's other, relatively new political show. “Veep” stars Julia Louis Dreyfus as Vice President Selina Meyers, the representative of an unnamed political party, and went out of its way to remain politically agnostic. This seemed at the time to be a reasonable, if nervous move, made so as not to alienate half its potential audience (and also, perhaps because its British creator was trying to map the less rancorous British political system onto the American one). But given everything that’s happened on HBO since, it also looks like a bit of self-censorship on the part of the show's creators. “Veep” opted to portray a D.C. that's overrun with cynical bureaucrats, not party-devoted ideologues, and forfeited realistic satire as a result. And for what? The network that airs “Newsroom” would have been willing to let Selina Meyers have a political party, and the audience that showed up for "Newsroom"  — an audience that is much larger than "Veep's" — could have stomached it too.

And in the context of HBO’s other output, does "Veep" really even seem apolitical to political zealots? Would the kind of person who might be turned off by a comedy because it starred a Democratic vice president not be turned off by a network airing an entire series about how awful the Tea Party is? Here’s where I wish, again, that there was harder data than this and this on how political affiliation affects viewing habits, so we could have a concrete sense of how much a network airing liberal or conservative-skewing shows alienates conservatives or liberals. If Fox News started to air a politically unbiased show, would I watch it? Would you?

In a world where we are increasingly choosing to consume the media outlets that reflect our positions, what is the point in those outlets not taking sides — especially if they are being assigned sides no matter what they do? "Veep" might reconsider giving Vice President Meyers a party after all.