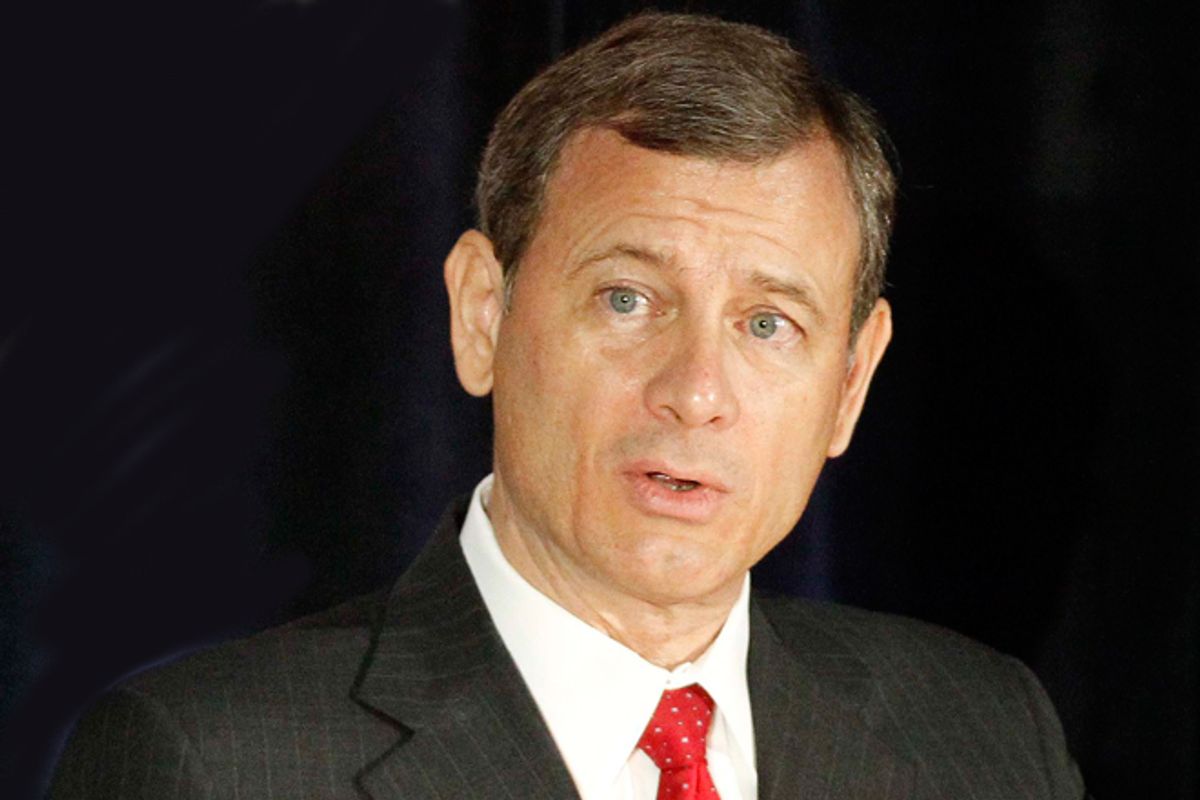 This weekend CBS News' Jan Crawford reported that Chief Justice John Roberts switched his vote in regard to upholding the bulk of the Affordable Care Act. Crawford reports that Roberts voted with the rest of the court’s conservatives to strike down the individual mandate, but in the course of drafting his opinion changed his mind, and ended up siding with the court’s four liberals to uphold almost all of the law.

In response, according to Crawford’s story, the four conservatives then independently crafted a highly unusual joint dissent. If so, this would represent a powerful symbolic gesture: Joint Supreme Court opinions are rare. Normally a justice authors an individual opinion, which other justices may choose to join. Jointly authored opinions are reserved for momentous statements of principle, such as in Cooper v. Aaron, when all nine justices jointly authored an opinion declaring that the court’s anti-segregation decisions were binding on state governments that disagreed with the court’s constitutional interpretations.

It’s notable that Crawford’s sources insist on the claim that the joint dissent was authored specifically in response to Roberts’ majority opinion, without any participation from him at any point in the drafting process that created it. It would, after all, be fairly preposterous for the four dissenters to jointly “author” an opinion that was in large part written originally by the author of the majority opinion to which the joint dissenters were now so flamboyantly objecting.

Yet that, I am told by a source within the court with direct knowledge of the drafting process, is exactly what happened. My source insists that “most of the material in the first three quarters of the joint dissent was drafted in Chief Justice Roberts’ chambers in April and May.” Only the last portion of what eventually became the joint dissent was drafted without any participation by the chief justice.

This source insists that the claim that the joint dissent was drafted from scratch in June is flatly untrue. Furthermore, the source characterizes claims by Crawford’s sources that “the fact that the joint dissent doesn't mention [sic] Roberts' majority ...  was a signal the conservatives no longer wished to engage in debate with him” as “pure propagandistic spin,” meant to explain away the awkward fact that while the first 46 pages of the joint dissent never even mention Roberts’ opinion for the court (this is surely the first time in the court’s history that a dissent has gone on for 13,000 words before getting around to mentioning that it is, in fact, dissenting), the last 19 pages do so repeatedly.

The explanation for this, according to the source, is very simple: Roberts’ chamber did much of the drafting of the former section, and none of the latter. In short, it appears Chief Justice Roberts ended up in large part authoring both the majority opinion and the dissent in National Federation of Independent Business v. Sebelius. This would seem to give a whole new meaning to the term “swing justice.”