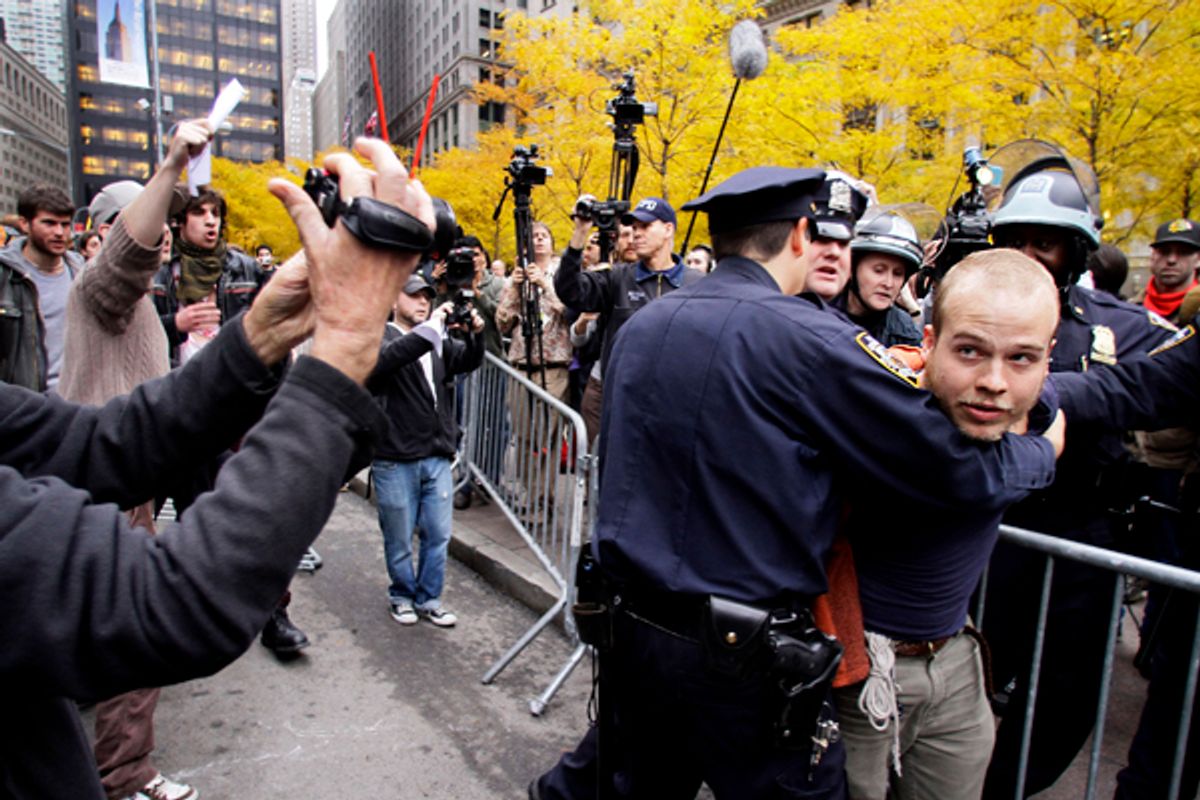 A New York judge has ordered Twitter to hand over the tweets and account information of Occupy Wall Street protester Malcolm Harris.

"If you post a tweet, just like if you scream it out the window, there is no reasonable expectation of privacy," the judge wrote in his decision, according to the news agency. However, BBC adds that the judge said he would personally review the information and would only release the relevant sections to prosecution and defense lawyers.

Harris was amongst several hundred Occupy Wall Street demonstrators arrested during a protest march across Brooklyn Bridge on Oct. 1 last year, The Guardian explains. Prosecutors say that messages posted by Harris under the twitter handle '@destructuremal' may show whether he was aware of the police orders he is charged with disregarding.

Twitter says the case could put it in the unwanted position of having to take on legal fights that users could otherwise conduct on their own, CBC reports.

Harris' case is just the first of hundreds of disorderly conduct prosecutions stemming from the Oct. 1 Occupy march.