Where's our right to die?

Assisted suicide is making inroads in Canada and some European countries, but progress has been slower in America 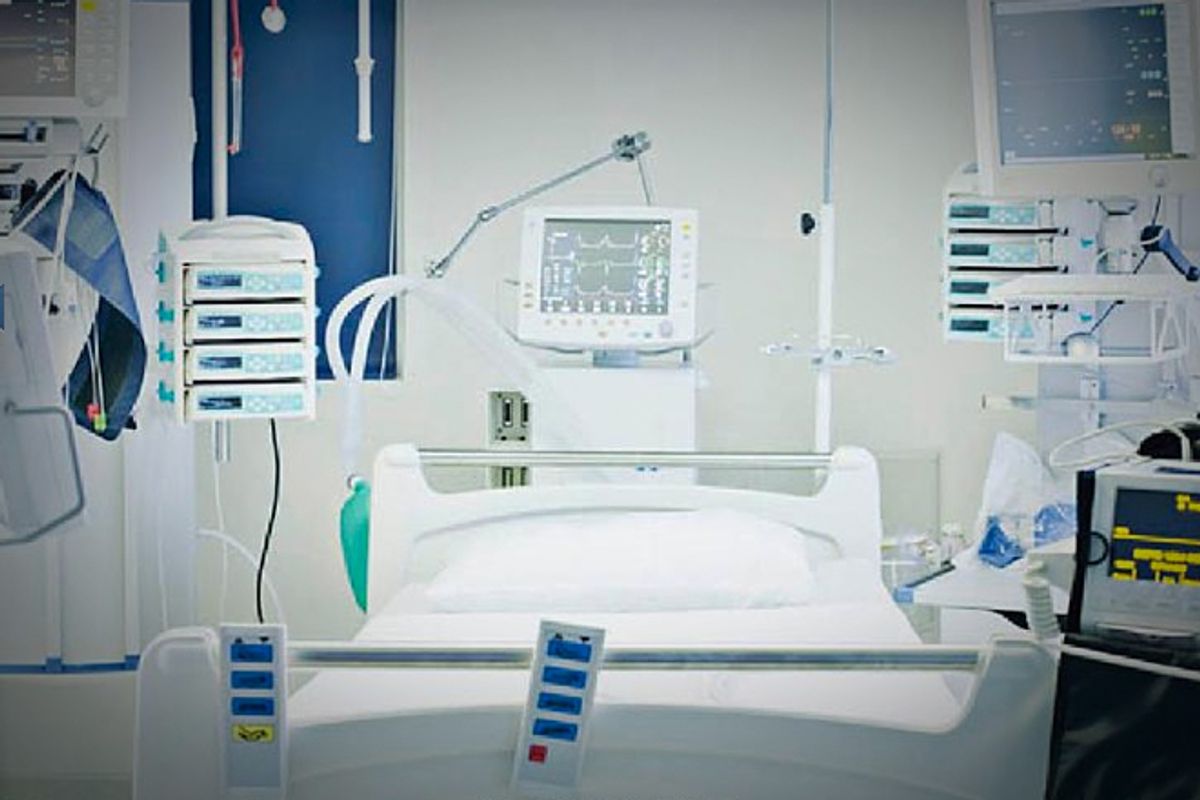 Just a couple of weeks ago, the British Columbia Supreme Court fired the latest volley in North America's long and dramatic debate about physician-assisted suicide. In a 395-page ruling, Justice Lynn Smith claimed that the Canadian constitution didn't prevent doctors from aiding suffering patients who wished to end their lives -- a position that kicked up attention south of the border as well.

During the past two decades, similar contested rulings have opened the way for physician-assisted death in the United States. Despite strong opposition from religious organizations and groups representing handicapped and disabled people, Oregon and Washington state legalized physician-assisted suicide in 1997 and 2008, respectively. In fact, since 1997, more than 900 people in Oregon have received a prescription to commit suicide, while in Washington, nearly 300 people have requested a similar death in the last four years.

Assisted suicide, to put it mildly, is a controversial subject -- and one that continues to be fought over vociferously by both right-to-die activists and religious groups. But according to Howard Ball, a professor emeritus of political science at the University of Vermont, the legalization of physician-assisted death is a gesture of human compassion. As he details in his new book, "At Liberty to Die: The Battle for Death With Dignity in America," the issue goes to the heart of bigger questions about the American soul -- from the meaning of personal liberty to the importance of constitutional law.

Salon spoke to Ball over the phone about the evolution of death, Jack Kevorkian and the right-to-die movement's legal hopes.

Recently, a Canadian court ruled that a ban on physician-assisted death was unconstitutional. How does the overall debate/attitude around assisted death in other countries compare to that in the United States?

Most countries across the globe have policies and have taken decisions reflecting the United States' position. Holland is an exception. Switzerland also. The Swiss allow people to come into their nation and receive medication that will end their lives, but there are very few places like that. A few other nations have discussed it, but very few have actually moved to allow physician-assisted suicide.

In the book you argue that our concept of death has evolved through history, and this transformation has been instrumental in our attitudes toward physician-assisted death. How?

All communities accept the reality of death. Some believe in the afterlife or reincarnation, but the definition of death itself has undergone significant changes, given the steps forward we've had in understanding death and in treating people who have succumbed to heart attacks, for instance.

Since the 1940s, medicine has enabled people to survive heart attacks, trauma to the head, cancer and other diseases that used to signify a certain death. At the same time, medicine has allowed those people who survived to live longer, but in a much different kind of existence -- they live longer, but they die slowly and, because of medical breakthroughs, they continue to exist, but not at the level of life that they had formally experienced.

From these factors comes the notion of death with dignity: Medicine paradoxically allows us to live longer, but it creates these insurmountable barriers to a good life. We can restore a person to life through CPR, emergency room techniques, kidney transplants, artificial hearts and other kinds of innovations brought about in the past 60 years; but for most of the people who survive, living entails debilitations, and the continuing degradation of their lifestyles.

The people in permanent vegetative states (PVS), for example, died mercifully before the emergence of CPR, the defibrillator and other devices. Now, thousands of them are restored to some kind of breathing and are in an unconscious state. That's the kind of situation that triggered the legal, ethical and political issues related to physician-assisted death in the United States, starting in the 1970s.

You mention two fairly opposing views of advocates of the right-to-die movement: Dr. Jack Kevorkian, the infamous pathologist and euthanasia-supporter known as "Dr. Death," and Dr. Timothy Quill, a physician who helped a longtime patient commit suicide. How do those two approaches differ?

Kevorkian was a curse not only to the opponents of death with dignity, but also to the doctors and nurses who supported death with dignity. Kevorkian was a pathologist who hadn't really dealt with patients. He dealt primarily with dead people, and had no sense of the kind of interaction that exists between doctors and patients. He was very articulate in his condemnation of the medical profession. Clearly, he wasn't supported or appreciated by the advocates of death with dignity, and he clearly was not appreciated by its opponents either.

Kevorkian, and others who shared his character, publicly espoused euthanasia, and that was a horrible public situation for the supporters of the right-to-die movement. Indeed, those kinds of zealots -- and that's how I describe Kevorkian and Derek Humphry, the man who founded the Hemlock Society -- were asked not to participate in the debates in Oregon, for instance.

The conventional doctors who supported death with dignity had a different set of expectations and relationships with their patients. For example, Dr. Timothy Quill's relationship with a patient who had leukemia extended over a period of almost a decade. He knew her, he had been treating her, he had discussed her options with her, and he understood her decision not to continue with chemotherapy or other remedies. Dr. Quill ultimately prescribed medication for her, which she used to take her life.

Zealots like Kevorkian sought a very active physician role in the death of the patient. In fact, that is what led to his conviction.

Most people are fairly familiar with the case of Terri Schiavo, a case that eventually turned into a political spectacle, to the detriment of her family and everyone else involved. Yet the most important cases in the fight of the right-to-die movement were those of Karen Ann Quinlan, a 21-year-old who lapsed into a permanent vegetative state after she was revived by paramedics, and Nancy Beth Cruzan, a woman who was resuscitated into a coma following a car accident. How did their cases establish a precedent for physician-assisted death?

In Quinlan, the New Jersey justices based their decision -- that there is a right to end the life of a person in a permanent vegetative state -- on their interpretation of the state constitution, on the definition of liberty found there, and on their understanding of the Supreme Court's views on liberty and personal privacy.

In [Missouri's Cruzan case], the justices had a very different response. They rejected Cruzan's parents' request to end their daughter's life by saying there was no clear and convincing evidence that that's what she wanted before she went into a permanent vegetative state. That's a very different kind of standard than that taken by the New Jersey justices.

But all three of the cases had a limited impact because of the fact that they were state cases.

What lessons can we draw from Terri Schiavo's ordeal?

The Schiavo case is different than the other two because it illustrates very clearly the political and ideological character of these debates. Not only were there local legislators and governors who tried to intercept the legal decision that allowed Schiavo's husband to end his wife's support system; Congress and the president of the United States also were involved, along with organizations with an ideological bent that clearly reflected their commitment to "sanctity of life."

Schiavo was a 15-year exercise in political and ideological hysteria. As one study pointed out, looking at news reports of the Schiavo coverage, maybe 3 percent of the thousands of stories about it contained the truth about the issue. Most of the stories published were found to be false or based on inappropriate medical or scientific reports.

In your book, you argue that the political views of the judges making these right-to-die decisions were hugely important. How so?

Had some of the earlier cases -- let's say the 1997 cases -- been heard by the Earl Warren court, which existed from 1953 to 1969, they might have been decided quite differently. This is the reality of political and legal life. The justices of the Supreme Court by and large are the reflection of the appointing president's general views on substantive issues about society. This is how things are.

The 14th Amendment and its Due Process Clause, which limits the ways state and local governments can limit certain liberties, has been used to argue for death with dignity. How has the Supreme Court historically accepted that legal argument?

Most federal courts have accepted the arguments made by the conservative majority of the Supreme Court in 1997: That liberty in the 14th Amendment, and also on the Fifth Amendment, extends to a person's right to selfhood, to have an abortion and to end medical treatments. That's consistent with the history and traditions of our country.

But the Supreme Court also said that suicide has never been a part of the fundamental value system of the United States. Most of the Justices have accepted the conservative view that unless there is a specific validation of the idea of death with dignity either on the debate surrounding the Constitution or on the debate surrounding the definition of words in the Constitution, the court should not create its own interpretation.

The conservative justices argue that there is a limit to what a court can do in society. They can interpret the law, but they can't make a law. And for the court to interpret liberty to enable a person dying to commit suicide with the aid of a physician is outside the scope of judicial decision making. Rehnquist said in the 1997 decision that this debate must continue, but not in the courts. He said it should continue in the legislative assemblies, where democracy should be the basis for decision making.

What role has religion, and specifically the Catholic Church, played in this debate?

It's played a significant role. They've spent millions and millions of dollars arguing their position before the state courts and the federal courts. After 1997, they've spent even more money battling against efforts to pass legislation at the state level allowing physician-assisted death. In the beginning, there was no contest. The Catholic Church knew, and still knows, the nature of political processes and were able to frustrate grass-roots efforts in a number of states where legislation had been introduced.

Even this year in Vermont, which is a very liberal, individual-oriented state, the opponents of death with dignity have continued to squash efforts and stop legislation that would allow physician-assisted death. They have stopped the legislation even though the governor supported it and even though polls in the state showed that the majority of people also supported it.

The church has played a significant role in part because, as Sen. Orrin Hatch once said, the death with dignity issue is a surrogate for the fundamental issue of sanctity of life. Physician-assisted death and abortion and similar notions are key for the Catholic Church and religious conservatives. In the end, there is little compassion on the part of opponents of death with dignity for the people who are competent and who are suffering in their terminal days. The far right simply believes, as we see in abortion debates and arguments, that the sanctity of life checkmates all other arguments.

Apart from religious arguments, what other concerns do opponents have about the legalization of physician-assisted death?

Groups representing handicapped and disabled Americans are opposed to death with dignity because for them if the physician-assisted death is legalized, that will eventually lead to the Kevorkian type of situations in which euthanasia or eugenic state activities are common. There is great fear especially among disabled organizations like Not Dead Yet. They think that the passage of legislation can lead to a slippery slope that could eventually end with euthanasia, involuntary euthanasia and finally a horrendous eugenics policy like that of Nazi Germany.