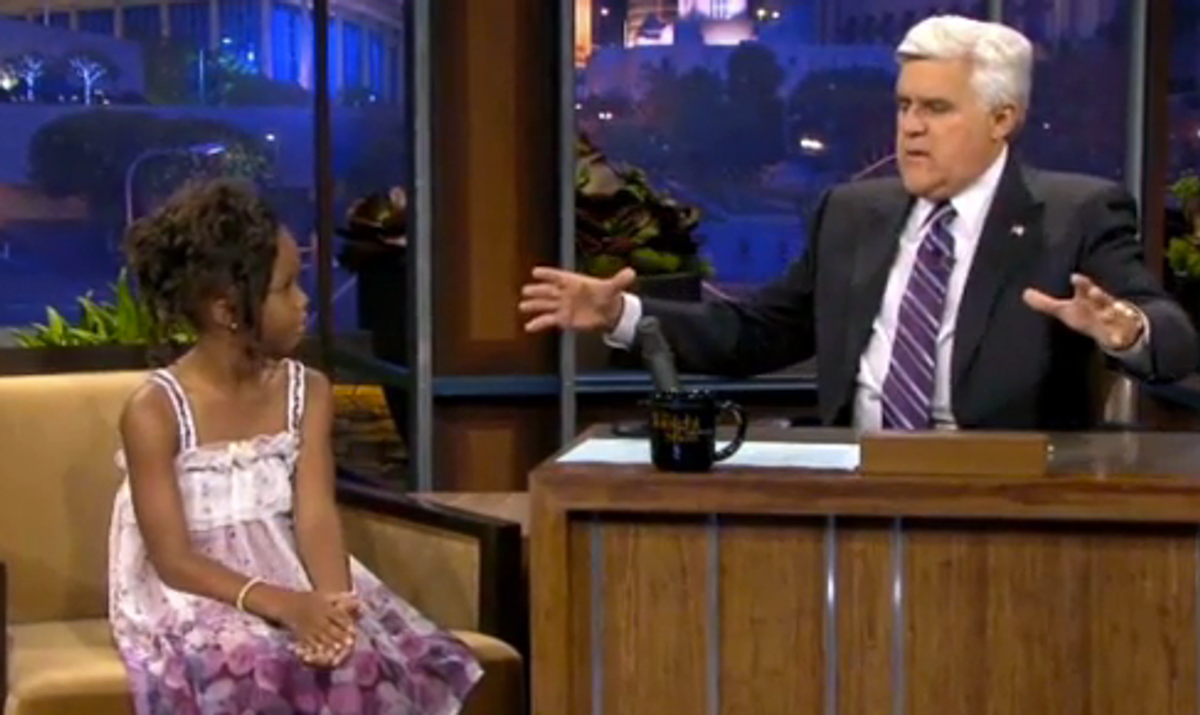 “Beasts of the Southern Wild” took the top prizes at both Sundance and the Cannes Film Festivals earlier this year. The film’s brilliance is in large part due to director and co-writer of the screenplay Benh Zeitlin but it’s the 6-year-old heroine of the film that made it a cinematic experience.

The film’s star Quvenzhané Wallis was a regular five-year-old school girl in Houma, Louisiana when she auditioned for the role of Hushpuppy in the film. She was six during production and now that she’s out promoting the film she’s eight. (And as you’ll see in the clip above from the “Tonight Show” Wallis isn’t afraid to tell a man seven times older than her how to do his job.)

In the final review in the New York Times, A. O. Scott described Wallis as the “inheritor of a proud literary and artistic tradition, following along a crooked path traveled by Huckleberry Finn, Scout Finch, Eloise (of the Plaza), Elliott (from “E.T.”) and other brave, wild, imaginary children.”

Those are big shoes to fill and Wallis goes above and beyond. There’s a moving long shot in the film in which you see Wallis’ eyes begin to water up and then the tears stream down her cheek. Those were real tears and a pretty incredible scene if you recall Wallis was only six when she shot the film. Not to mention she describes herself as someone who never cries.

At a screening in Hollywood Friday, Wallis explained the director had “a line of people” sit down and tell her sad stories about losing loved ones to help her prepare for the scene.

Jorge Rivas is multimedia editor and pop culture blogger for Colorlines.com. Born and raised in Los Angeles, Jorge started in broadcasting as an intern at age 16. He received his B.A. in Raza Studies from San Francisco State University. Find him on Twitter: @thisisjorge.