We work ourselves to death, while people in other countries take holidays and get family leave 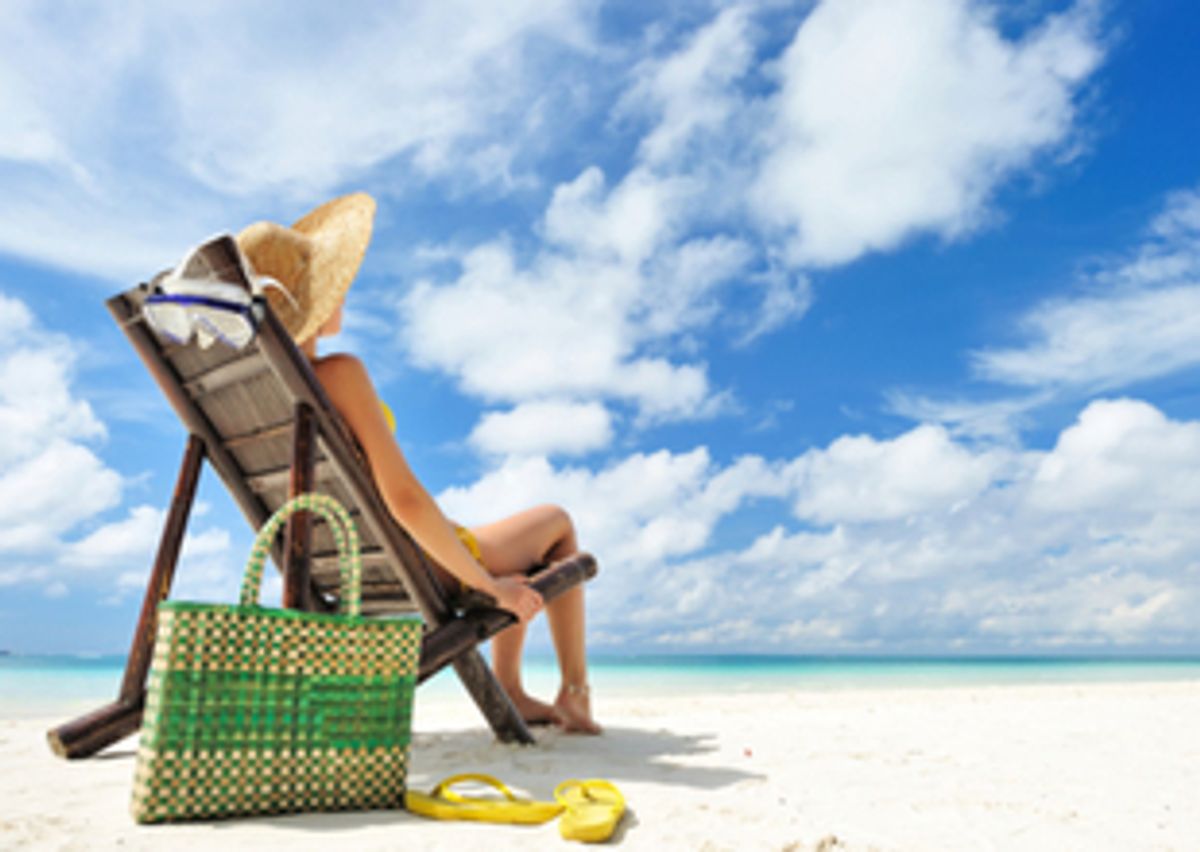 Imagine this: You work 25 hours a week at the McDonald’s in Cairo, New York, and have finally earned two weeks of paid vacation. You set out on a bike trip. On the first day in the saddle, you hit a pothole and crash, cracking your collar bone. You sit on your couch for the rest of your vacation watching the Tour de France. Tough luck.

Unless you worked for McDonald’s in Europe. If you did, you would be entitled to a fully paid do-over, according to a June 21ruling of the Court of Justice of the European Union, the highest court in Europe (whose rulings must be followed by all member states). This court ruled that all European workers are entitled to their full vacation after they have healed:

“A worker who becomes unfit during his paid annual leave, is entitled at a later point to a period of leave of the same duration as that of his sick leave.”

This means that European workers can take their paid sick leave during their paid vacations, and take their vacations all over again, and guess what? American corporations who do business in Europe, like McDonalds, have to pay for it!

And the comparisons between American and European workplaces get worse: Not only do American corporations with operations in Europe have to provide their workers with paid sick leave during worker vacations, but also, by law they have to provide paid vacations in the first place, which in most countries amounts to a month or more.

In the U.S. there is no legal obligation at all. If you get a paid vacation it’s either because the company “gave” it to you or because you achieved it through collective bargaining. Here’s a table comparing developed nations by statutory minimum annual leave and paid public holidays. Read ‘em and weep.

What about paid medicalleave?

Fuggetaboutit. We don’t have any laws that mandate paid leave for pregnancy, sickness, or care of sick family members. When it comes to paid maternity leave, the U.S. is one of four countries, out of 173 studied, that fails to provide paid maternity leave. The other three are Liberia, Papua New Guinea and Swaziland. (I guess with all our money going to Wall Street, we can’t afford it.)

Wait, wait, This just in: We do have the Family Medical Leave Act (FMLA) which provides us with the legal right to request unpaid medical leave. Well not quite. You have to work at an employer with 50 or more employees or work in the public sector, and you have to have to meet certain conditions to be eligible. The net result, according to the U.S. Department of Labor, is that only “slightly more than half (54.9 percent) of U.S. workers (and 46.5 percent of private sector workers) also meet the FMLA's length of service and hours related eligibility requirements.”

So if you work at McDonalds in Vienna, Austria, by law you get a full month off (22 work days) in your first year plus 13 paid public holidays for a total of 35 days. And after six years of flipping burgers you get 36 days of paid vacation plus 13 paid public holidays for a total of 49 paid vacation and public holidays – that’s more than two months off, paid! (That’s in addition to your paid sick leave, maternity and paternity paid leave, and paid leave to care for a sick relative.) And you’re covered whether you’re a full-time manager or a part-time employee.

In upstate New York, McDonalds “gives” you two weeks paid vacation after one year of service provided you work a minimum of 20 hours a week for one year. (Your vacation pay is “based on the average weekly hours worked, multiplied by your rate of pay.”) Same company, same product, but our lack of legal protections show clearly that in our countries Corporate America is at the helm. (Can you imagine what a McDonalds would say if you asked to start your vacation again because you became ill just after you began it?) Economists call our lack of legal protections “labor market flexibility,” as if it were a good thing. Sicko.

Overall, the picture in the U.S is even bleaker. In Europe all workers, both part-time and full-time, are entitled by law to the same paid vacations. However, in the U.S., only 36 percent of part-time workers are “given” any paid vacation at all, and only 37 percent receive any paid holidays. So when you combine full-time and part-time workers in America, on average we receive only nine days of paid annual leave (vacation/sick days) and six paid holidays. That’s downright pathetic.

But wait, isn’t all that extra vacation wrecking Europe?

That certainly is a widely held view among conservative elites (who, of course, have plenty of paid vacation and sick leave of their own). They tell us that Greece’s downfall is the result of too much time off to drink and be merry. AsTime magazine reports:

Even Angela Merkel, the German prime minister said, "We cannot have a currency (the euro) with one person getting lots of holiday and another person very little.”

Unfortunately, these illustrious personages are letting their conservative ideologies blind them to the basic facts: Germans have much more paid time off than do the Greeks and their economy is doing much better than ours – as well as the rest of Europe’s. According to a 2011 Eurofound study, “coupled with public holidays, the average German has 40 days of holiday a year -- still tied with the Danes for the most in Europe. Greeks and Portuguese by comparison each average 33 days vacation a year, including public holidays.”

Furthermore, Time reports that “there's the growing body of research showing that time off can actually help workers get more done. A 2009 study in Harvard Business Review, for example, showed that requiring business consultants to take time off every week actually boosted their productivity." Similarly, a study by Ernst & Young “showed that the longer the vacation their employees took, the better they performed.”

So why do American companies provide so many vacations days in Europe and so little in the U.S.?

Because they have to. It’s the law of the land in Europe and if American companies want to do business there they have to play by those rules. But where did those rules come from?

The story starts after WWII when the United States wanted to make sure Europe wouldn’t slip into the Communist orbit. At the same time we also wanted to remodel Germany so that it would not rise again to cause another world war. The solution was two-fold. First, using the money and muscle, we “encouraged” the empowerment of non-Communist unions all over Western Europe. Imagine that! The U.S. made sure that unions would flourish (as long as they weren’t friendly to the Soviets). In addition, in Germany, we encouraged “co-determination” which meant democratizing corporations by putting worker representatives on the corporate boards of directors. The unstated purpose, at first, was to make it less likely that the giant German steel and coal conglomerates would ever again become the bedrock of a fascist state.

By the mid-1970s, it became clear that the policies were good both for business and for working people so the idea spread throughout Europe. Also, government policies encouraged “works councils” that brought together labor and management from the shop floor to the corporate level. The overall result of empowering unions in Europe was the establishment of national legislation in support of paid vacations, paid sick leave, paid maternity and paternity leave and many other pro-worker policies.

Meanwhile back in the USA, we headed in the opposite direction. Rather than empowering unions, as a matter of policy we crushed them, a process that has accelerated since President Reagan broke the air traffic controllers' strike. Through a variety of court rulings it became more and more difficult to organize new workers. The laws that did exist were so weak that management could easily fire workers who engaged in union organizing activities even though it is a legally protected right. When unions pressed for legislation to stop union busting, and to plug porous labor laws, they got nowhere in Congress, no matter which party was in power. So while unions became more stable in Europe, union density in the U.S. dropped from a high of 35 percent in the private sector in 1955, to less than 7 percent today. That, my friends, is why Corporate America is making suckers out of us. We don’t have the muscle to take them on.

In Europe workers are not fighting each other. Rather they are standing in the way of any and all efforts aimed at eliminating their cherished benefits – benefits that go to union and non-union members alike. Even the austerity-minded German political leadership dare not touch those cherished vacations.

So next time you get some time off, think about what it might be like to have paid maternity and paternity leave or have a couple of months vacation at full pay (and, of course, full protection against illness while on vacation) ... and then maybe think about how we might join together to fight for these very basic human rights that nearly the entire human race, except us, enjoys.

Les Leopold is the executive director of the Labor Institute and Public Health Institute in New York, and author of The Looting of America: How Wall Street's Game of Fantasy Finance Destroyed Our Jobs, Pensions, and Prosperity—and What We Can Do About It (Chelsea Green, 2009).