At Friends of Syria meeting, being boycotted by China and Russia, Francois Hollande calls for quick action 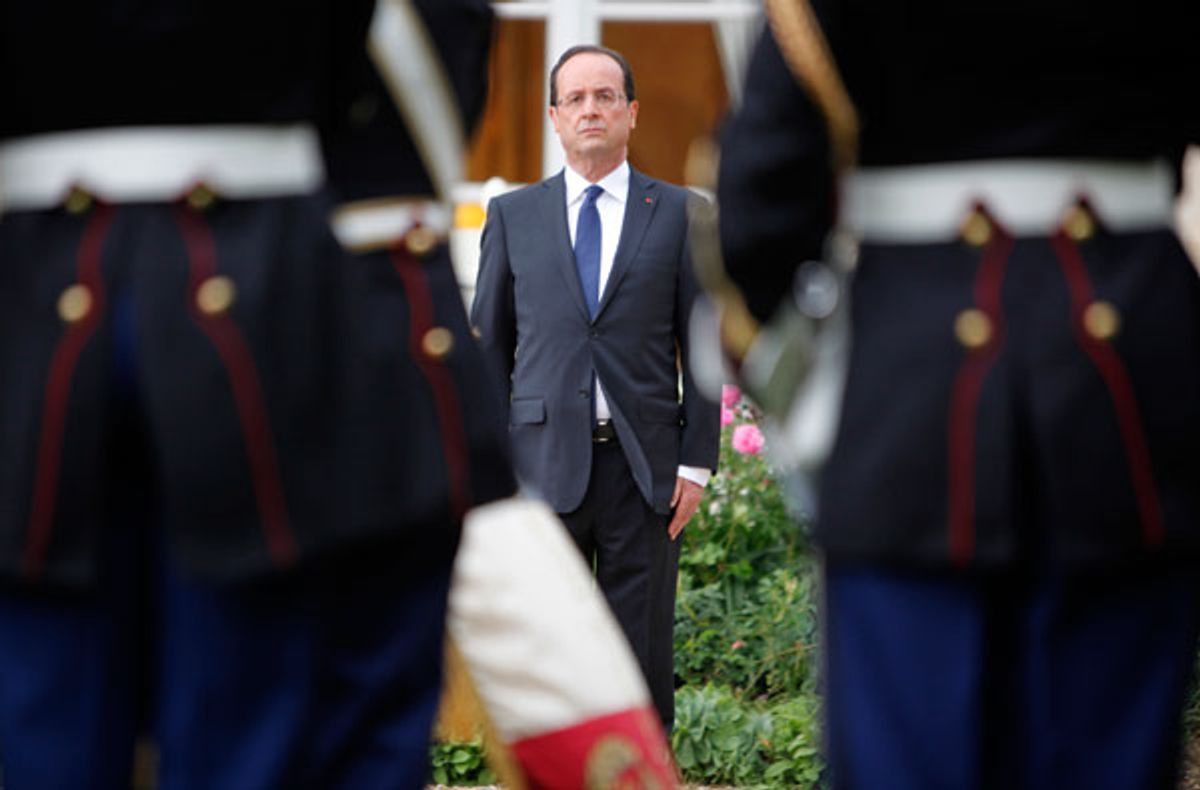 Francois Hollande urged the United Nations Security Council to act quickly to support a peace plan by international envoy Kofi Annan, warning that the Syrian government's only strategy was to "escalate the massacres."

He promised French aid to the Syrian people, and urged the delegates from more than 100 countries attending the third Friends of Syria meeting to push for more sanctions on Syria.

Hollande reaffirmed France's support for Syria's opposition forces, who he described as "courageous" and "determined," adding they had taken their destiny into their own hands.

According to the French newspaper Le Monde, the meeting will look to demonstrate a strong international front for a transition of power in Syria that would bypass President Bashar al-Assad.

Merkel said: "It is not a good sign when two powers do not take part in such conferences ... But on the other hand we cannot always hinge everything on these countries."

The United States is expected to call for more UN sanctions to be imposed on individual members of the Syrian government.

The Paris meeting follows talks in Geneva last weekend, and in Cairo earlier this week, which laid down plans for a transitional government in Syria – along with a future constitution.

But both China and Russia say the Syrian people must decide how any transition of power is carried out, without the interference of foreign nations.

Meanwhile the British-based Syrian Observatory for Human Rights said at least 90 people were killed in violence across Syria Thursday.

It said most of the deaths occurred during an assault by security forces in areas around Idlib, in the north.