Is that a forest downtown?

Forget open land. Actual wild space is returning to cities -- and these new swamps and wetlands might save money 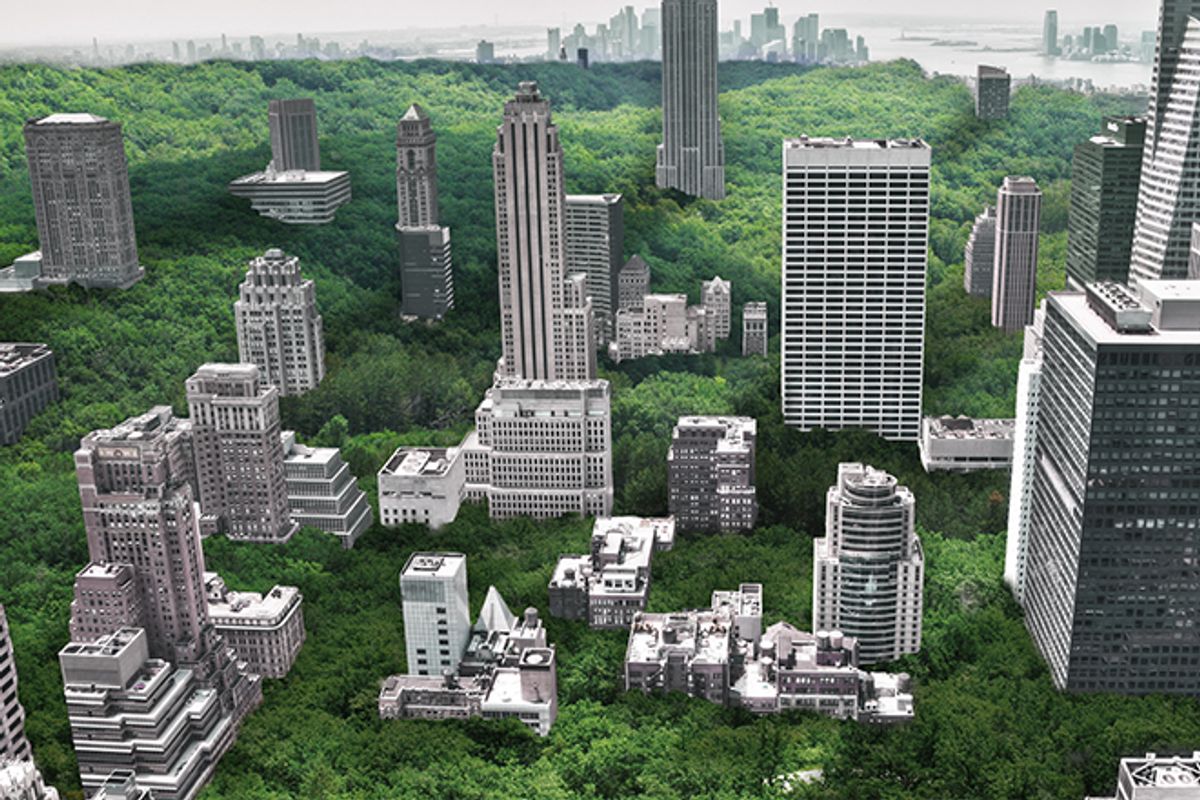 Since 1979, Eddee Daniel has been hiking Milwaukee's Cambridge Woods, part of an 800-acre swath of wilderness now called the Milwaukee River Greenway. Back then, the forest, which cuts straight through Wisconsin's most crowded ZIP code, was largely shunned by the public. "There were vandals and drug dealers," says Daniel. "It's changed in a big way, and mostly in a healthy way."

Today, on any given summer weekend, the Greenway teems with hikers, canoers and mountain bikers. But it's still more wilderness than anything, with few of the accouterments of an organized park. In it, you can see one of modern urbanism's most unexpected traits unfolding: a renewed appreciation for wild space in cities -- not just "green space," but actual swamps, forests, wetlands and streams.

Part of this is the result of changing demographics -- the growing number of "urbaneers" dragging kayaks into aqueducts, the same city dwellers who prompted REI to open a giant store in Manhattan. But it's also part of a growing realization that the earth's natural processes can be harnessed in ways that benefit even the most urbanized area.

Tim Carter, director of the Center for Urban Ecology at Butler University, talks about these benefits as "ecosystem services" -- ways that mother nature can help cities by doing what she does anyway. For example: "We've typically used pipes to drain our urban lands of water," says Carter. "But a more highly engineered wetland could do the same job as greener infrastructure." Los Angeles has been experimenting with this. In February, it opened its second engineered wetland in South L.A., a boggy, weedy marsh on the site of a former MTA bus yard. Pools of rainwater filled with naturally occurring bacteria scrub storm water clean before it makes its way to city drains. The spot doubles as a park, even as it serves its practical purpose.

This double-use ideal -- a pretty green space that's also productive -- may become less novel and more imperative in places where resources are stretched thin. "Depending on where you are and what you're talking about, all this interest in urban green space can actually be a disservice," says Carter. "By increasing green spaces based on people's preferences you can create problems with water demand. You don't necessarily want a big lawn in the middle of Phoenix."

What Carter is suggesting is both radical and practical. "Nature and urban need to become one and the same," he says. "There's this idea that where humans are, nature isn't. But now that half the world is urbanized, we can't continue to have that philosophy and expect sustainable outcomes. We talk about the ecology of plants and animals, and then we talk about the ecology of the city as separate. What we need to talk about is, how does it all function as an ecosystem, as a whole?"

Take oysters and urine. Those briny little Wellfleets you're shelling out $32 a dozen for are world-class water purifiers, each one filtering 30 gallons per day. In a place like Boston Harbor, that kind of filtering is needed -- even with major reductions in sewage overflow over the past 20 years, the harbor still gets inundated with fish-suffocating nitrogen from the city's urine runoff. A nonprofit group called the Massachusetts Oyster Project started reintroducing oysters into the harbor in 2008, decades after they were killed off by pollution, to see if they could clean up that runoff by simply being there. It seems to be working; though it's too soon to see measurable results, the oysters are growing and are now big enough to reproduce on their own.

The first time many people ever thought about urban ecology (even if they didn't know the phrase) was in the aftermath of 2005's Hurricane Katrina, when news stories explored the issue of New Orleans' disappearing cyprus-tupelo swamps, which had long acted as a natural speed bump that slowed down hurricanes before they reached the water's edge. The levees surrounding the city -- the same ones that failed -- helped to erode these swamps, leaving the city exposed to storms. It was a perfect, horrific example of natural systems' importance to cities.

In the seven years since, cities have made strides in respecting the power of ecology. In New Orleans, the Army Corps of Engineers is moving toward restoring the swamps, though progress is slow. Brooklyn Bridge Park, a traditional manicured green space, incorporates natural elements like salt marshes and dunes, a small gesture that might not have been made a few years ago. Ambitious tree-planting programs have been launched to combat the urban heat island effect. And even the greening of shrinking cities like Detroit -- not by park planners, but by the growing earth itself retaking the land -- has widened our perspective of how nature can be integrated into cities, especially in formerly industrial areas.

The new awareness has led to the discovery of entire new species. In March, scientists unearthed a previously unknown species of frog in the grassy meadows of Staten Island, of all places. Ken Leinbach, executive director of Milwaukee's Urban Ecology Center, says they've discovered two new species of bats in the city proper, and hundreds of Butler's garter snakes, which are threatened in Wisconsin. "We did not expect to find them in an urban area," he says. Now developers who want to build in Milwaukee have to conduct a snake survey, and if they're disrupting a snake habitat with their construction, potentially create a replacement on their own dime.

You can imagine the look on that contractor's face. As much as people might like urban nature in theory, something about prioritizing snakes over people in cities feels like an affront to urbanism. New Yorkers may be obsessed with watching their red-tailed hawks on camera, but as soon as those hawks start dropping rat carcasses on their doorsteps, the love affair ends. "There's development pressure absolutely everywhere now," says Leinbach. The more cities densify -- especially in areas that used to be sparsely populated -- the more such conflicts are likely to arise.

It can get awkward. When Washington, D.C.'s Rock Creek Park was created in 1890, the 1,750-acre national park sat on the fringe of the city. Today, it's surrounded by dense urban neighborhoods, and not everyone's thrilled about living in such close proximity to its wildlife. "I think they need to totally get rid of the deer now," said one resident who had barricaded her home from the beasts with mesh fencing. At Kennedy Airport in New York, perched on the edge of the Jamaica Bay Wildlife Refuge, bird strikes have become a growing concern as the bay, once a fetid sewage receptacle, has been brought back to life. A year ago, a bale of diamondback terrapin turtles clambered out of the water and shut down a runway for an hour. And even the Boston Harbor oysters, potentially toxic once they've been in the marina's fouled waters, have raised fears that they'll be illegally fished and sold to unsuspecting restaurants.

"Wherever you have a strip of land in an urban environment someone wants to make a buck off it," says Leinbach. And better urban ecology only makes that land more sought after. The dirt under Milwaukee's Greenway has gone from "almost worthless to a million dollars an acre" as the river has revitalized. But that just makes it all the more important to trumpet the tangible value of cities' natural systems.

In many cases, compromises will need to be made. In Cambridge Woods, the scraggly dirt path that Eddee Daniels has been hiking for over three decades is now being widened, straightened and paved with gravel to make it wheelchair accessible. Civilization, perhaps inevitably, is creeping into what was once an improbable undomesticated back country.

"Some people think [the wheelchair path] is going a little too far," says Daniels, a bit apologetically. "I preferred the woods when it was neglected. But I appreciate the fact that we all have different needs."