Eco-friendly sports teams are taking cities along with them 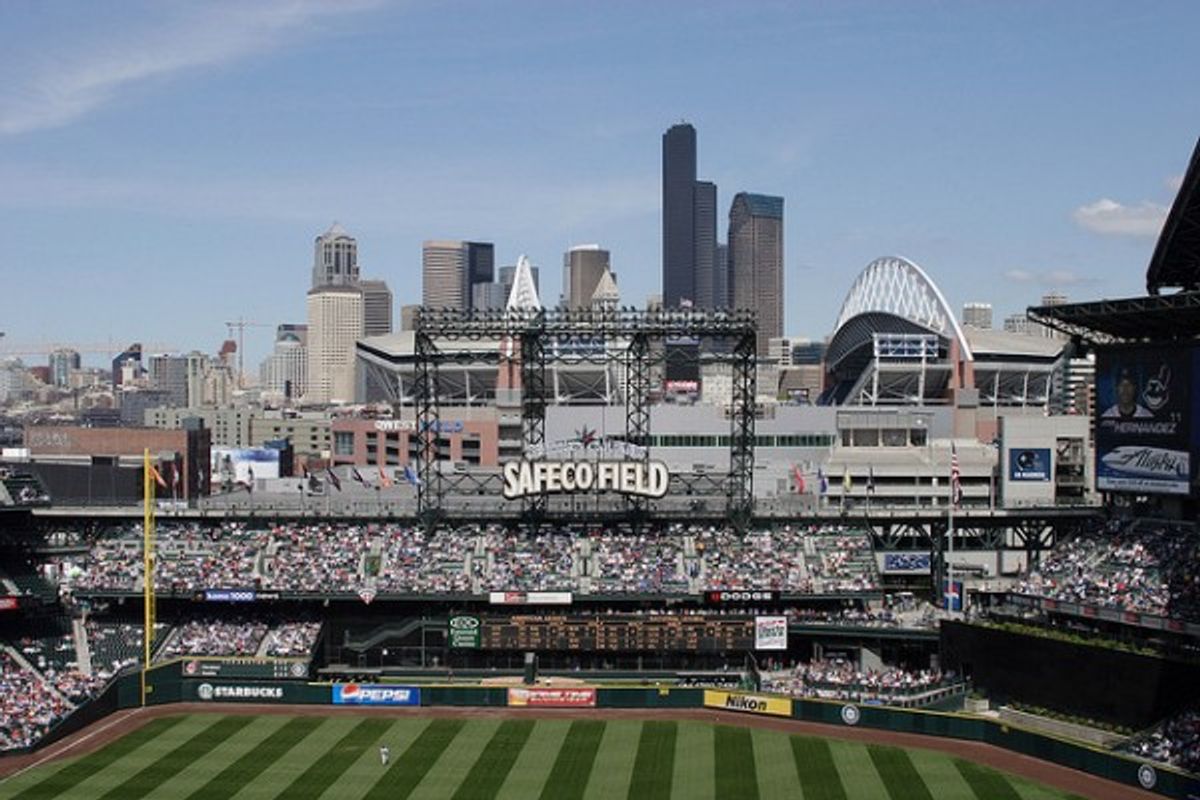 This past March marked exactly one year since a group of environmental activists, sports enthusiasts, and team and venue owners set out to make professional sports more environmentally friendly. After all, more than 70 percent of the energy powering sports arenas in the U.S. is produced from fossil fuels. In the NFL alone, each team fills the atmosphere with an average of 716 tons of carbon each game.

If anything, figures like those were precisely what pushed the Natural Resources Defense Council to join forces with teams from professional baseball, hockey, basketball and football and form the Green Sports Alliance in 2011.

On paper, at least, the mission is straightforward: Get stadiums to go green. Convince industries selling products to sports teams to clean up their acts. Turn that message into something beer-guzzling spectators can appreciate. In reality, it’s a tall order, especially when fans seem more interested in their teams’ performance on the playing fields than at the recycling bins.

But according to Allen Hershkowitz, who directs the NRDC’s sports-greening initiative, disseminating the green message through professional sports “is helping to instigate the cultural acceptance of environmental stewardship.” Many people love sports — according to the alliance, more than half of the country follows them in some form or another — so get sports to go green, and the people will follow. If you build the compost bin, they will compost.

The thinking appears to be working. More than 90 teams and venues and 13 separate professional leagues are now members of the GSA, and examples to follow abound. Major League Baseball, which admittedly enjoys the blessing of commissioner Bud Selig, a proponent of sustainability, has instituted a Green Track system for measuring teams’ energy and water usage, paper purchasing, and recycling. At the end of May, the U.S. Green Building Council recognized the Miami Marlins for constructing the first LEED-Gold retractable roof stadium in the world. In 2003, upon moving into Lincoln Financial Field, the Philadelphia Eagles — who aren’t members of the GSA — initiated its Go Green campaign.

Today the team composts 25 tons of organic waste and recycles nearly 30 percent of its food and beverage waste each year. Installation of solar panels, wind turbines and a biodiesel generator in 2010 made the Eagles the only team in 2011 to power home games solely from renewable energy sources.

Still, the sheer tonnage of carbon teams in hockey, baseball, football and basketball spew into the atmosphere each game leaves something to be desired for cities looking to go green.

Yet teams’ efforts at environmental sustainability have a tendency to dovetail off of existing municipal government programs, says Scott Jenkins, vice president of ballpark operations for the Seattle Mariners and board chairman of the Green Sports Alliance. When SafeCo Field decided to make all its serviceware compostable in April 2010, it was preempting by three months the city of Seattle’s own law mandating that all single serviceware items be recyclable or compostable. In that sense, Jenkins says, the city could point to the Mariners as a case study, as if to say going green isn’t a political landmine.

If anything, what the GSA illustrates is that marrying sports with city efforts at sustainability is possible, if not practical. “Municipalities should be working directly to support the greening of sports,” says Ethan Nelson, the waste prevention and green building program manager in Eugene, Ore. As the sustainability chair for the local organizing committee for the 2012 Olympic track and field trials, Nelson led the push to make TrackTown12 enviro-friendly, which included using 100 percent compostable serviceware, providing a bike corral with a capacity of 400, and partnering with the Council for Responsible Sport to pilot a multi-day sustainability certification process for sporting events. Moreover, says Nelson, his experience has been that sports teams aren’t successful with their own greening initiatives “unless there is the infrastructure there to support them.”

“Our high-level goals as a municipality is to reduce our carbon emissions and the amount of material that is generated as waste as a community,” Nelson says. “There are all kinds of regulatory and incentive approaches, but individual behavior changes require engagement and motivation on the part of the individual.”

In other words, don’t try to wow citizens with facts and figures. Instead, go at them through a medium they appreciate. Like professional sports.

“It’s a collaborative effort,” says Jenkins. “[The GSA] puts wind in the sail of what the city’s trying to do with environmental stewardship.”