Grief doesn't ever have a time limit, as the singer's mother learns when she hears "Back to Black" everywhere 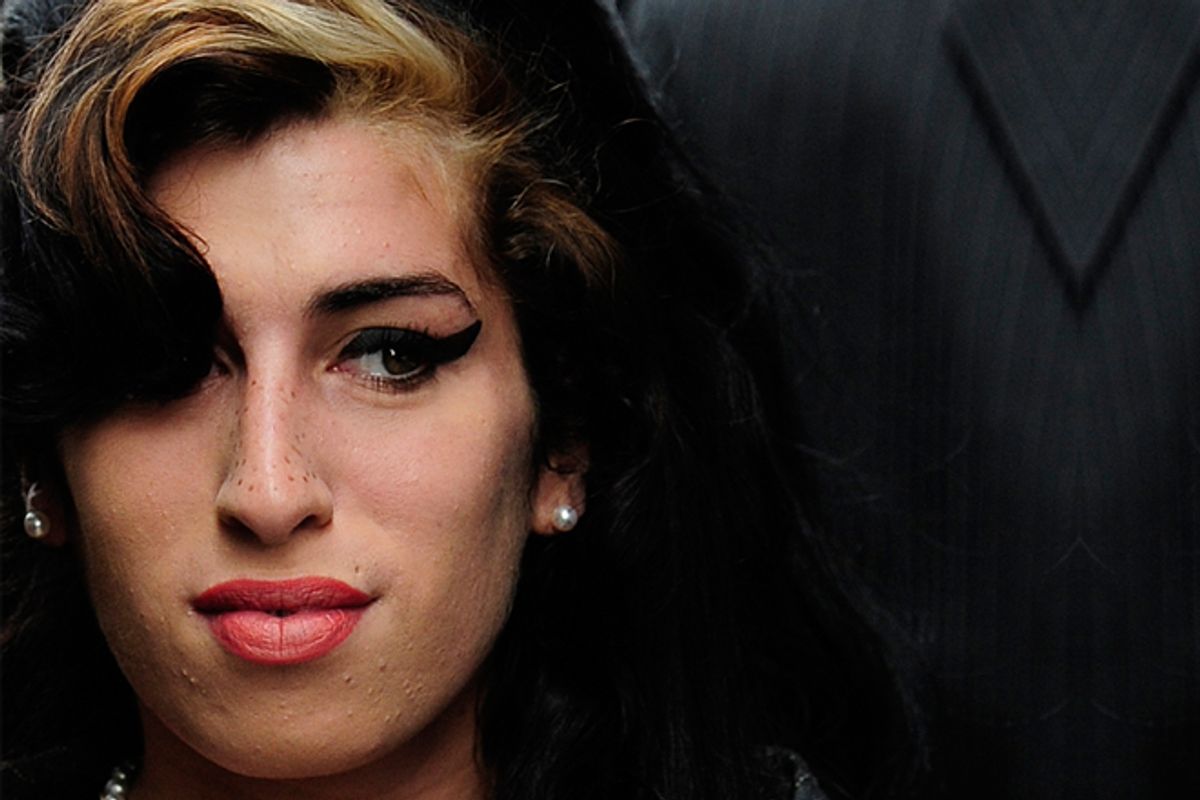 You're doing OK, and then you're hit with the baseball bat all over again. That's what it's like for Amy Winehouse's mother. This spring, when she heard one of her daughter's songs playing in an airport, she says, "I was inconsolable. Then, we bowled into a restaurant in New York and 'Back to Black' was being played, and the emotions came again."

Grief is a sneaky bastard. You expect it to ruin your sleep and make you fight back tears on your morning commute and to wander into rooms and forget what you were doing – for a while. You understand that it will spur people to be really nice to you and ask how you're doing and bring over lasagnas – for a few weeks. And then, you assume, every day it will get a little better and it will hurt a little less. That's what you think, that is, until the day, long after the lasagnas have stopped rolling in – when something triggers it, and the wound feels so sharp and deep that you feel like no time at all has passed. Until you don't even know how to talk about what you're going through any more, because the seasons have changed and the rest of the world has moved on. Until you're embarrassed that you're not "over it" yet, and you can't explain how you'll still, for just a moment, sometimes forget that you can't call that person any more, or sit together at the dinner table. Or you'll laugh at something and then you'll suddenly be crying because you remember you can't share it with the one you lost. That's how grief rips into you. How it surprises you, over and over. It's not linear. It doesn't follow a neat path. It drags you all over the landscape, for longer than you ever imagined possible.

It's been nearly a year since Amy Winehouse died at the age of 27, setting off an international wave of mourning and the inevitable, immediate backlash for said mourning. In that time, she's been memorialized, she's sold plenty more albums, and she's even had a new single released. Other songs have come and gone, other stories have moved to the front page, and other stars have been eulogized, but for Winehouse's family, the loss is still fresh. In an interview with Hello! magazine, her mother, Janis, admits, agonizingly, that the pain of her daughter's death "doesn't get any easier" with time. "There's a huge hole in my life – I used to speak to Amy every day," she says. "Sometimes I wake up sobbing." That's the bitch of death for you.

A friend who lost her father several years ago once admitted that although she's happy in her life and relieved her dad isn't in pain any more, "In some ways, it's even harder now." She says there's just so much of her and her child's life she never got to share with him. And my mother-in-law recently helped start a grief group for women who, like her, are in their second year of widowhood. Their facilitator has to wing it – she said that she's never done anything that addresses long-term grief. Why not? Why is the notion that grief doesn't have a simple timeline so hard for us to admit? Is it because we have so many cultural taboos on difficult, complicated emotions? Is it because we're so quick to put people down for not being strong when they're really just sad? Or, more hopefully, is it because while we all intellectually understand that loss is forever, we also have to have the faith that pain is not?

What happens instead is that the pain changes. It subsides and it morphs. It becomes a scar that you can get around with. And if you're lucky and you have a lot of love in your life, it can even inspire you, as it has with the Winehouses (who created a foundation in their daughter's name), to greater heights of compassion and service. But it marks you and it changes you. You never go back to being your old self. You never go back, period, because the person you loved is dead, and that absence is there every day, forever. That's how grief evolves. It's when enough time has passed that you start to see that everything else in life changes, except the fact that this person is gone. That that's your one great, awful constant in a world of flux.

In a moving and heartfelt speech over this past Memorial Day weekend, Joe Biden -- who lost his first wife and baby daughter in a car accident 40 years ago -- spoke to military families of the unfathomable and enduring experience of grief. Biden still faithfully takes the anniversary of their death off from work every year. He honors the loss, and watching him speak, it's clear he still feels it profoundly. But he assures that, "There will come a day, I promise you, that the thought of your son or daughter or your husband or your wife brings a smile to your lips before it brings a tear to your eye." It'll still likely always bring both, in rapid succession, for the Winehouses and the Bidens and everyone else who's ever been wrecked on the shores of tragedy. The best you can do, Biden says, is know that, "The down days get further and further apart." And although "the ache in the back never goes away," he also vows to all the brokenhearted that, "You can make it. So hang on to each other." However long it takes.