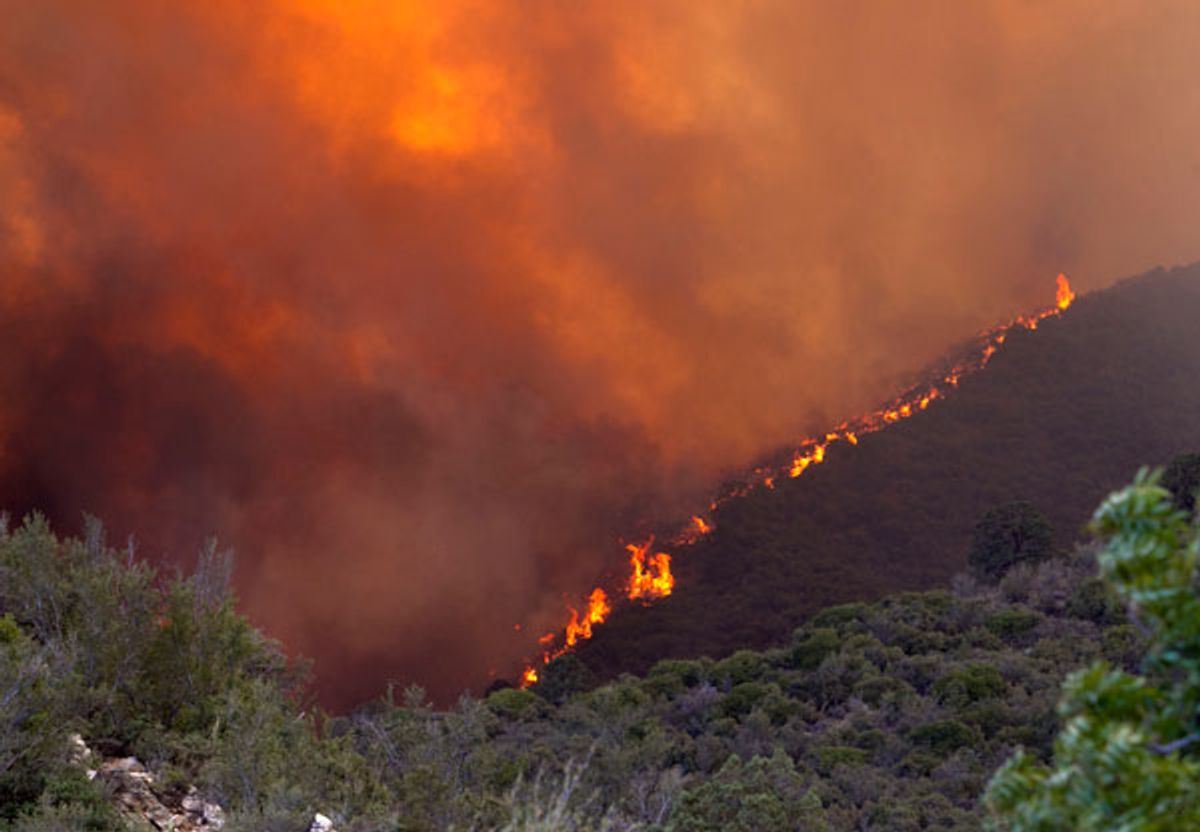 A baby Golden Eagle whose feathers, face and feet were burned when flames engulfed his nest in the Dump Fire that swept through 5,500 acres south of Salt Lake City and west of Utah Lake at the end of June has amazed rescuers with his will to survive, CNN reported.

It’s "nothing short of a miracle,” DaLyn Erickson, executive director of the Wildlife Rehabilitation Center of Northern Utah in Ogden, told CNN.

Kent Keller, a volunteer with the Utah Division of Wildlife Resources who’d banded the eaglet earlier this year, returned to the area where his nest used to be to survey the damage and found the bird sheltering behind a tree, the Salt Lake City Tribune reported.

The eaglet had apparently jumped out of the nest and fallen 25 feet, then probably rolled another 100 feet, Keller told CNN.

After receiving permission from federal and state wildlife agencies to remove the bird from the wild – Golden Eagles are a protected species – Keller delivered him to the Wildlife Rehabilitation Center of Northern Utah on July 4, the Salt Lake City Tribune reported.

The rehab center has been nursing the raptor, now about 70 days old, back to health with beef heart and venison, as well as antibiotics and hydrotherapy for his feet, the Salt Lake City Tribune reported. They’ve also given him a name: Phoenix, a fitting moniker for a bird that’s risen from the ashes.

Wildlife experts estimate his rehabilitation will take at least a year, CNN reported, but they are hopeful that he will eventually be able to fly. "We are fairly confident, but there could be follicle damage we do not know about that would prevent feathers from coming in," Erickson told CNN.