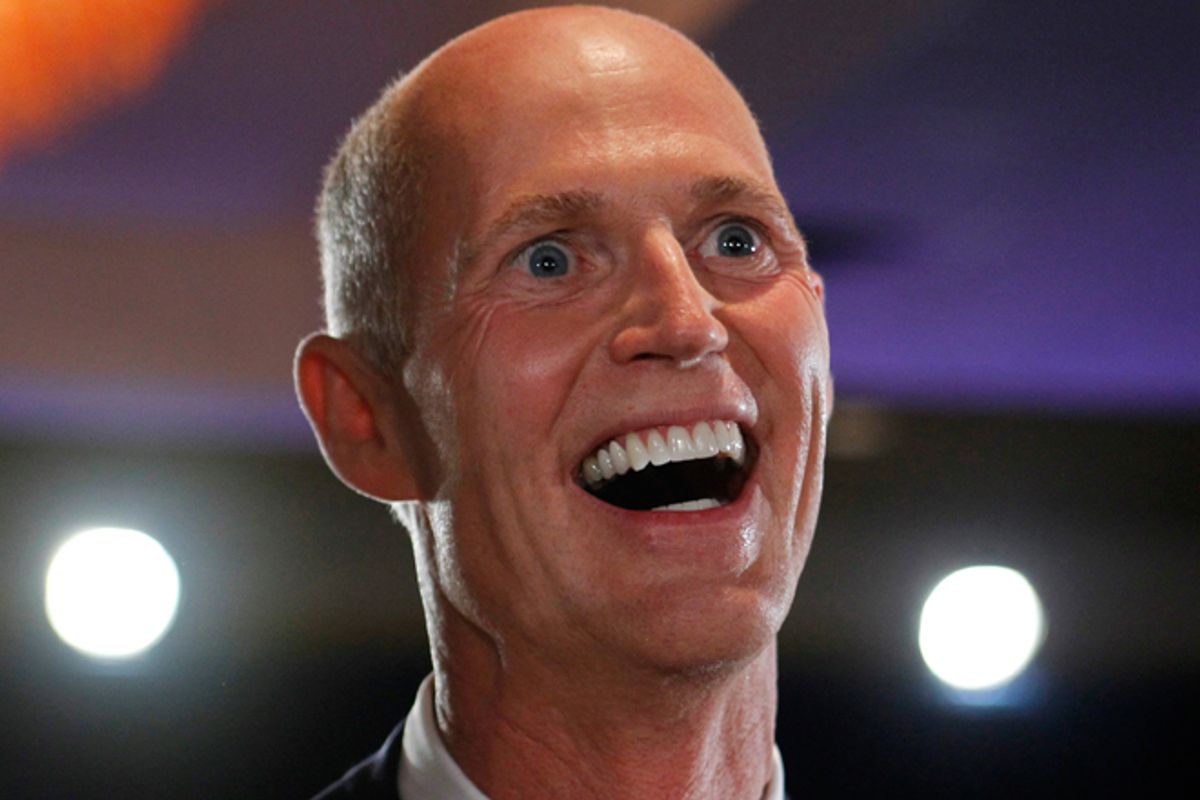 On March 26 this year, Florida’s Republican Gov. Rick Scott signed a bill that slashed the state Department of Health's budget and closed a state hospital where bad cases of tuberculosis were treated. Nine days later, the federal Center for Disease Control (CDC) detailed in a report that Florida was experiencing its worst TB outbreak in 20 years in Jacksonville. Since then, the governor’s office has either ignored or suppressed news of the outbreak, and it rushed ahead with plans to close the TB hospital as local officials kept information about the outbreak from the public. This, all according to an excellent investigation by the Palm Beach Post’s Stacey Singer, who was stymied by state officials at every turn when she tried to learn more about the outbreak and about why the state hadn’t responded to it in a concerted way.

While the CDC report came out after Scott had signed the law, the strain of TB responsible for the outbreak had been identified as early as 2008, and the report only existed because local officials in Duval County requested federal help in dealing with the overwhelming uptick in new TB cases. Meanwhile, the Duval Health Department is also a victim of budget cuts. In 2008, when the TB outbreak was first identified in an assisted living facility for people with schizophrenia, the department had 946 staffers and $61 million in revenue. “Now we’re down to 700 staff and revenue is down to $46 million,” Director Dr. Bob Harmon told the Post.

The fact that the outbreak began where it did and that it has so far spread mostly among homeless people, mental health patients and drug addicts who encounter each other in soup kitchens and shelters may have made the issue seem less urgent to state officials. Setting aside the dignity of all human life, there is already evidence that the disease has spread beyond the underclass and is continuing to grow, unmonitored, in the Sunshine state. The governor’s office did not comment for Singer's story, and the state health department has stuck to its message that statewide TB cases are down over last year, suggesting the closure of the hospital was valid. (The hospital closed at the end of June.)

The case underscores the real human consequences of austerity budgeting and conservatives’ drive to slash government whenever possible. Since austerity came into vogue with the Tea Party beginning in 2009 and was then put in place nationally after the Republican wave in 2010, there have been countless examples where cuts or attempted cuts impact preparedness. After the the Japanese tsunami, it was noted that Republican budget cuts targeted the agency responsible for tsunami warnings. The same was true about earthquake monitoring after a temblor struck the eastern seaboard (though funding was restored). House Majority Leader Eric Cantor also tried to hold up disaster funding for tornado and earthquake cleanup, demanding it be offset with cuts elsewhere. Republicans’ proposed budget last year would have cut funds for the CDC and food safety monitoring. Meanwhile, Louisiana Gov. Bobby Jindal spoiled his big national debut in 2009 when he gave the GOP rebuttal to President Obama’s first state of the union address in which he attacked supposedly wasteful spending on volcano monitoring in Alaska. Just a month and a half later, a volcano erupted in Alaska that threatened Anchorage.