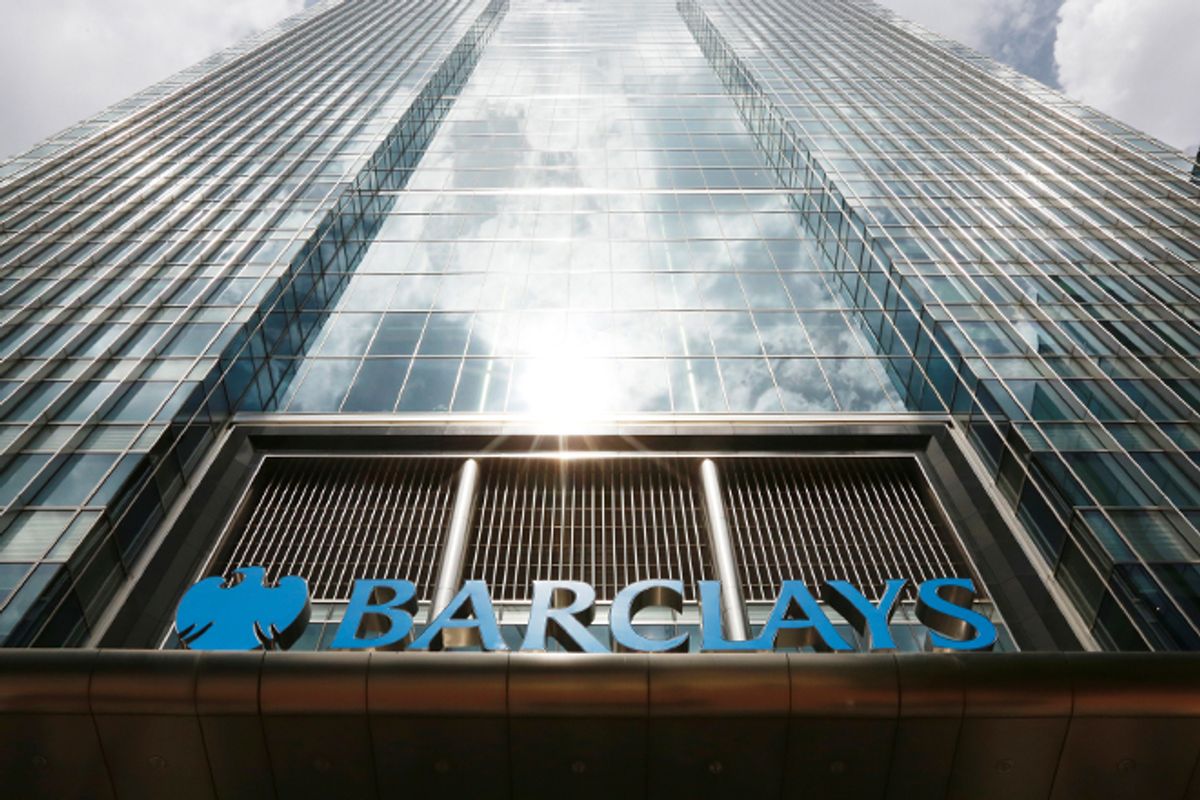 During questioning by British politicians over his role in the ongoing Libor-fixing scandal, the Bank of England's Deputy Governor Paul Tucker admitted Monday that he couldn't be sure that regulators had put an end to private sector manipulation of the key interest rate.

“I can’t be confident about anything after learning about this cesspit,” he replied.

Cesspit! That's a strong word for a banking regulator to use about the behavior of Barclays Bank, one of the jewels in Britain's financial system crown. But the closer you listen, the more Tucker sounds like Captain Renault in the movie "Casablanca," as he tells Humphrey Bogart's Rick that he is "shocked, shocked to find gambling going on here." Bankers, behaving badly! Who knew?!

This is not to say that the charges that Barclays (and possibly many other banks) have been improperly influencing Libor -- the London interbank offered rate -- are unimportant. Libor is supposed to represent the cost at which banks are able to borrow money from other banks. As such, it is the linchpin of a vast galaxy of interest rates -- globally, the price of around $350 trillion worth of home mortgages, car loans and credit card interest rates rises and falls according to the daily fluctuations of Libor. It's bad and depressing news to learn that the big banks have been intentionally lying about what they think it costs them to borrow money, motivated either to boost their day-to-day trading profits or simply to represent that their bank's bottom line is healthier than the true numbers would indicate.

Regulators on both sides of the Atlantic are expressing dismay. On Monday, San Francisco Federal Reserve Bank president John Williams acknowledged, reported Reuters, that Barclays' behavior had eroded confidence in the integrity of the banking system. Which is bad news, he said, because "trust is absolutely critical to conduct any type of business."

Come on. After what we've witnessed and learned in the last five years, is there anyone who still trusts the integrity of the global banking system? The great Greek cynic Diogenes had a significantly better chance of finding an honest man than we do today of locating someone with confidence in the premise that bankers get up in the morning every day determined to do the right thing by their customers and the larger economy. The evidence is overwhelming.

Robert Reich wonders whether "the unfolding Libor scandal will provide enough ammunition and energy to finally get the job [of breaking up the big banks] done." The New York Times' Joe Nocera expresses surprise that Americans don't seem to be giving the debacle as much attention as the British, considering how fundamentally important it is, but hopes that as the scandal continues to unfold, increasing opportunities for outrage will encourage Americans to " finally summon the will to change banking once and for all." At Slate, Mathew Yglesias believes that the new revelations "should destroy the credibility of banks once and for all."

To all three commentators, I can only say, have you looked at what our political system is currently doing with respect to bankers? On Monday, the Hill reported that the House of Representatives is expected to approve legislation that would end the requirement that bank ATMs include a physical sign warning that fees might be charged for bank withdrawals. Banking lobbyists claim that the change in the law is necessary because people are physically removing the signs and then "frivolously" suing the banks for not providing the legally mandated warning. But even Diogenes, some 2,500 years before ATMs were invented, could tell you that the real motivation is obviously to boost fee income.

And although there have been suspicions for years that the banks have been improperly manipulating Libor, the recent high profile of the scandal is directly tied to a $450 million settlement imposed by the Commodity Futures Trading Commission, the U.S. regulator entrusted with oversight over trading activities. In June, the House of Representatives passed an appropriations bill substantially cutting funding for the CFTC -- one of the few arms of the U.S. government that has actually been executing its responsibilities in an aggressive fashion.

These two news items together go along way toward answering Nocera's puzzlement at the American lack of response. The last four years have taught us that there is little connection between what bankers do and how our political system responds. Instead of prosecuting executives for fraud, Congress has dedicated itself to weakening laws aimed at regulating the financial sector. Instead of looking out for the consumer, the House is passing bills designed to hurt consumers. A presidential candidate who is running neck-and-neck with the incumbent is campaigning on a promise to repeal banking reform legislation. Indeed, one of Mitt Romney's biggest campaign finance "bundlers" is a lobbyist for Barclays -- and before the scandal blew up, Romney was scheduled to attend a London fundraiser hosted by the (now-resigned) Barclays CEO Bob Diamond.

When what we know about how bankers operate has no connection to how our political system reacts, it is hard to be outraged or shocked. It's just business as usual.