Ignore complaints from Calif. and New York: President Obama is right to set his tax bar at a quarter of a million 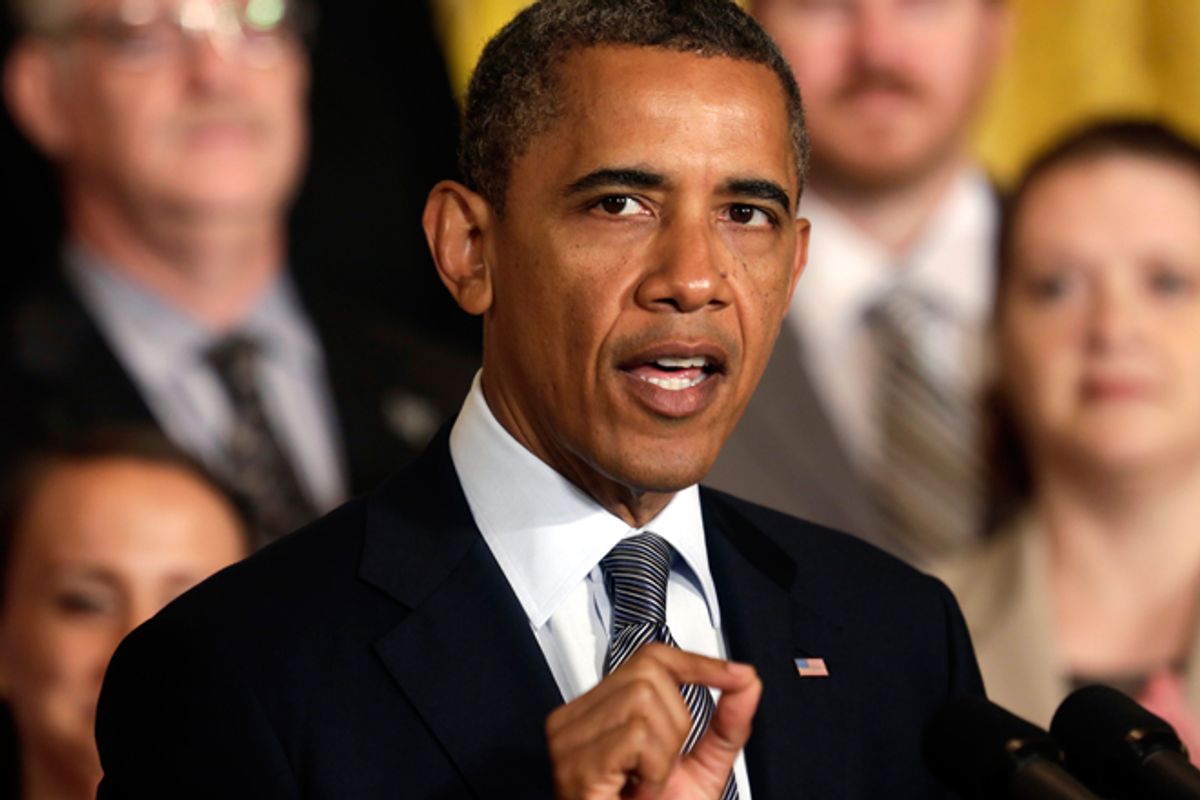 I know there's controversy about whether President Obama should have chosen a higher wage than $250,000 for the group that will lose the Bush tax cuts. Sen. Chuck Schumer and Rep. Nancy Pelosi, two liberals, are said to prefer the nice round number of $1 million for the cutoff, concerned that people in their home states of New York and California, with their higher costs of living, aren't actually "rich" if they make a quarter of a million dollars.

I just want to introduce some reality to this debate. If you're in the top 2 percent of American wage earners, you may not feel wealthy, but you're incredibly privileged. It's slightly crazy to have Democrats denying that, although I understand it. (I live in San Francisco.) Schumer and Pelosi, of course, have now come out strongly behind the president's plan, but the initial impression that Democrats were in disarray – isn't that a "dog bites man" story now, the default for mainstream media? – was an unnecessary stumble in the rollout of the president's plan, and I think it's worth talking about.

There are several reasons the president is right to make the break where he did. One of them is a reality check: A major culprit in the tax troubles of the $250K earners who feel poor is the lower tax rate on capital gains and carried interest. If guys like Mitt Romney paid the top marginal tax rate on their quarter-billion a year, we might be able to afford a better tax rate for those at a quarter million.

Another reason to back the president's approach is that extending the Bush tax cuts to everyone who makes over a million dollars, rather than a quarter million, doesn't raise enough revenue either to significantly reduce the deficit, or to finance investment in crucial spending. Jared Bernstein put it best: “The upper-income cuts return $850 billion over 10 years to the Treasury, simply by reverting to the top rates under Clinton, when the wealthy fared perfectly well, the budget balanced, and growth was much stronger and more broadly shared than in the Bush years." Upping the cap to a million doesn't have anywhere near the impact.

Also? We need a reality check on privilege in this country. Our political debate is dominated by folks in the places where $250,000 doesn't feel like wealth, New York and Washington and, yes, my hometown of San Francisco. But $250K puts you in the top 2 percent of wage earners. That's a lot of money, and I feel like someone needs to say that. There's a vicious circle here, too: Since we went on our national tax-cutting spree – down from the 90 percent top marginal rate of the 1950s to the 70 percent that prevailed until Ronald Reagan – we've consistently disinvested in the public sphere. So people in our big vital cities feel they have to pay for private schools, and of course almost nobody takes public transit. The decline in our social fabric and public trust requires that people protect themselves against the miserable masses in countless other ways that require cash. We should face that.

To really get at fairness in the tax code, though, we'd have to untangle the web of privilege we've woven around investment income. I understand why it feels unfair to people at that quarter-million level to pay twice the tax rate of Mitt Romney. Our highest marginal tax rate shouldn't be $250,000; it should be much higher than that, to capture at least some of the incredible wealth hogged by the top .0001 percent in the last 30 years. We need to phase out the Bush tax cuts for the top 2 percent, and impose the Buffett Rule for those making more than $1 million. They're not mutually exclusive, as some people have tried to suggest.

Finally, I don't really think anything's going to happen on this issue, given congressional gridlock and Tea Party insanity. But if anyone develops serious interest in avoiding the so-called fiscal cliff baked into the crazy debt-ceiling deal, I think it's great that Obama started in a place where he can afford to compromise to win support.