Can I mooch your HBO?

Anyone can now watch the network's shows by borrowing a subscriber's HBO Go account. But does that make you a bum? 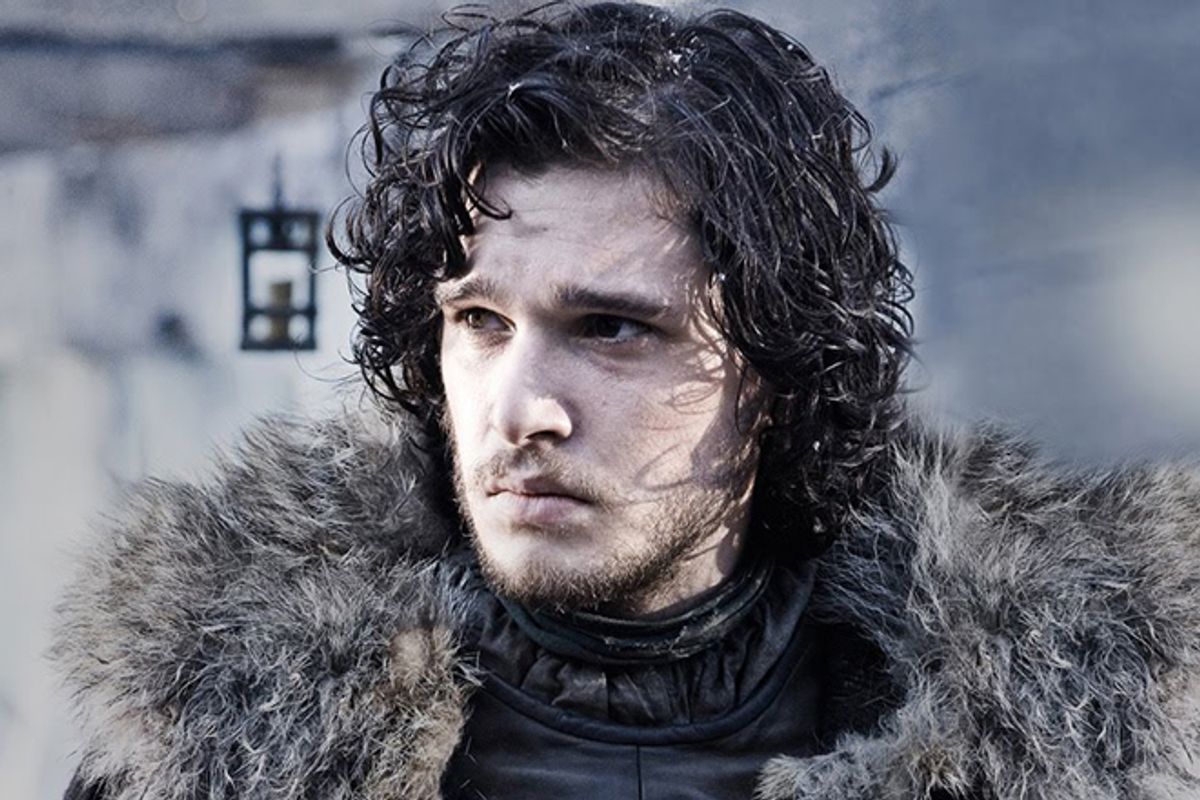 Kit Harington as "Jon Snow" in "Game of Thrones"
--

Healthy interpersonal relationships always involve a careful dance around the hard-to-define line between friendly sharing and selfish mooching. Homeowners wonder: How many times is it OK to ask to borrow my poorer neighbor's lawn mower? Family members ponder: How often can I ask to borrow the museum pass from my economically equal cousin? Friends consider: How frequently can I ask to use a wealthier buddy's NBA season tickets? In each of these questions (and you know you've asked yourself one of these), we are really asking when the other person will think we've crossed the Mooch Line, and when that person will angrily implore us to just save up and buy what we want for ourselves.

In the Internet age of frictionless data transfer, such unanswered -- and potentially unanswerable -- queries are now even more pervasive. Whether sharing legally (lending Kindle books, etc.) or illegally (ripping DVDs, pilfering Netflix or an MLB.com pass, etc.), whom we ask and how much we ask them for are ethical quandaries whose rules shift depending on familial connection, types of friendship and economic status (among other factors). (A disclaimer: Nothing in this article condones any illegal sharing of anything. It is only to acknowledge that such illegal sharing does, in fact, occur -- and then to explore the ethical implications of that kind of behavior.)

Sans any ironclad guidelines in this confusing morass, I recently found myself first paralyzed -- and then wizened -- in the face of HBO Go.

Not available to purchase as a standalone product, the service allows any regular paying HBO subscriber to watch any HBO content on demand on their computer, iPad or smartphone. Ostensibly, the point of HBO Go is to let someone who pays for HBO on their television take HBO with them wherever they go (thus, the name HBO Go). But as the New York Times recently reported, "up to a point, account sharing is permissible."

Specifically, the Times notes that "HBO Go allows subscribers to have three separate accounts so that family members can watch different shows at the same time." The paper also adds that "some fans might be testing that limit by sharing passwords with friends, but HBO, at least publicly, isn’t cracking down on the practice" because the company believes "password borrowing could lead young people to subscribe to HBO in the future."

Trying to be frugal in the age of ever-increasing cable bills, I've always opted against paying the hefty tithe to HBO corporate, instead choosing to get my à la carte HBO fix through Netflix or the Apple Store, where most of the channel's content becomes available after a long wait. Essentially, that choice makes me sacrifice immediacy in the name of big long-term savings.

That's why I was so pumped about the news of HBO Go: In providing both immediacy and the possibility of free shows, the service holds out the prospect of legally letting someone like me achieve both speed and thrift.

That is, if I could find someone willing to share it with me.

This is where I became paralyzed. As the general awesomeness of HBO Go became a conversation point among my family and friends, I had ample opportunity to ask for a share. In fact, more than one generous person in my circle openly offered to give me a username and password on their account so that I could watch my HBO shows in real time. But I couldn't bring myself to say yes because I didn't think it would be fair or ethical -- not, mind you, to HBO executives who say sharing is fine, but to my friends or family members offering to share.

Why didn't I just accept their offer? Because I feared doing so would cross the Mooch Line. After all, at what point would they suddenly say, hey, wait a minute, why am I giving that mooch Sirota a free ride and not the other way around?

One school of thought says that moment would never come because the thing being given away doesn't actually cost a friend or family member any additional money. In this case, the recipient can tell himself that resentment isn't possible because nothing is actually being sacrificed by the giver. No doubt, this is the same logic that many probably use to mentally justify not buying CDs and DVDs, and instead asking their friends and family to burn them the CDs or DVDs they want (this ethical vector conveniently ignores the inherently unethical -- and illegal -- act of stealing something from the actual creators of the content ... but that's a whole separate issue).

But reassuring as this line of thinking is, it doesn't really get to the heart of the matter. Genuine sharing means equally distributing both the benefit and the cost of something. It may cost a family member nothing to give me his HBO Go username and password, but it costs him money -- the HBO subscription fee -- to have that username and password in the first place. Why should I get to substantially benefit from that cost without having to bear any of it? Isn't doing that the most basic definition of mooching?

I'd say yes -- and particularly when you're talking about someone of equal or lesser economic circumstance. If I'm equally or better able to afford something, why should I get to have it for free and not the other way around? And even if it might be a little better to mooch something from someone higher on the economic ladder, short of auditing someone's books (a request sure to get me seen as something way worse than a mooch), how am I to actually assess someone's economic circumstance anyway?

Hitting these discursive dead ends ultimately evoked a period of self-imposed abstention, in which I smugly told myself I was a man of principle in my monastic rejection of HBO Go offers. I don't need to compromise my values, I told myself. I don't need HBO anyway.

That lasted about a week.

Today, I'm back to pining for HBO Go. I want it bad. I burn for it every single day that I hear people chattering about "Girls" or "Game of Thrones" or "Veep" (which is every day, typically in that ranked order). And in my sad, humiliating desperation, I think I've finally come up with three separate ways to successfully navigate the ethics of sharing, whether it's for HBO Go, some other cyberspace product, or, really, anything else that can be given without a direct cost.

Option 1 is bartering. If someone gives you something that they are paying for, return the favor with something they want that you already have or purchase. Lend them a Kindle book. Let them have access to your Wi-Fi network. Something.

Option 2 is putting up some cash to help defray the cost of what you are getting. In the case of HBO Go, TechCrunch's data tell us that many believe a fair market price is something along the lines of $12 a month (less than the full HBO subscription, but still fair because you don't get all of the versatility of that subscription).

Option 3 is getting the service in question from someone higher on the economic food chain, preferably within your family, where (theoretically) the Mooch Line is a bit more forgiving, and where parents and grandparents in particular have a near ancestral obligation to permit mooching.

For my part, I'm going to try to use the latter avenue, as my parents both fulfill the qualifications, and have HBO. The only problem, though, is that they aren't too tech savvy, which is going to make it a bit more of a challenge to get them to find the right usernames and passwords on their account.

But, hey, beggars can't be choosers -- especially those quixotically groping for an ethical route through the Information Age maze.