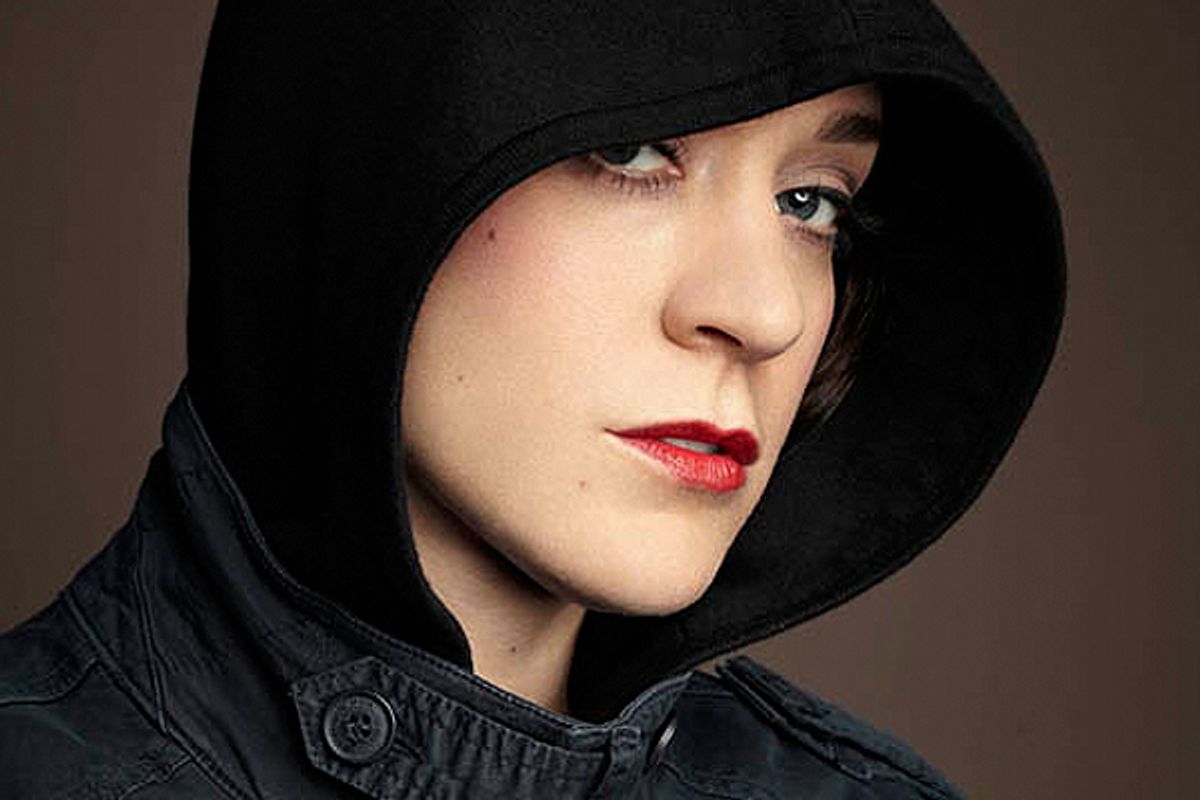 Chloë Sevigny in "Hit and Miss"
--

Chloë Sevigny has never stuck to playing it straight. In her 18-year career, she's taken on memorable roles in provocative, controversial films from "Kids" to "Dogville" to "The Brown Bunny." She's won a Golden Globe for her role as Nicki, a steely quarter of the polygamous marriage in "Big Love," and been a haute couture fashion muse off-screen. And throughout it all, she's also gained fame – and won a devoted following – for her consistent, fearless work in projects with LGBT themes and characters.

She was nominated for an Oscar for her role as Lana Tisdel, the love object of the doomed trans man Brandon Teena in "Boys Don't Cry." She played a '70s-era butch lesbian who falls for Michelle Williams in "If These Walls Could Talk 2." She was Edie Falco's girlfriend on "Will and Grace." She narrated, as the voice of legendary Andy Warhol acolyte Candy Darling, the documentary "Beautiful Darling." Now, in the new DirectTV series "Hit & Miss," premiering tonight, she takes on what may be her boldest role yet. In the U.K.-produced series, she's Mia, a pre-op transgender woman in northern England who suddenly has to take on raising the son that she fathered a decade earlier -- and his half-siblings. Mia is also a contract killer. From Ireland.

The subject matter alone is sensational stuff – and indeed, in just the first few minutes there's a murder and a scene of Sevigny stripping nude, right down to her male genitalia. (An experience she admitted earlier this year made her feel so "very exposed" she cried "every day when they put it on.")

But what makes "Hit & Miss" unique isn't the prosthetic penis. It's its confident, measured tone and pace. In a summer sea of frantic entertainment, the series is atmospheric and downright thoughtful. At the center of it is Sevigny, accomplishing the feat of portraying a taciturn, transgender assassin figuring out how to navigate her relationship with an entire new family. And she does it all -- the lady who used to be a bloke subtext, the squabbling, the killing -- with an effortless accent. It's the kind of complicated, challenging role any actress would dream of, but few would have the courage to pull off. Yet Sevigny does it with grit and nuance, creating one of her most indelible roles yet.

Salon spoke to Sevigny recently about her new series, her status as an LGBT icon, and what it takes to be a woman playing a woman who's transitioning from being a man.

You're known as an actress who's done a lot of LGBT roles. What is it about these parts that keeps you returning to them?

Well, it's been over [the course of] 18 years! It's not something I've sought out; it's always been a case-by-case basis. The first was "Boys Don't Cry." I had read about Brandon and I felt the story was something that should be told and wanted to be a part of it.

With "If These Walls Could Talk," I was broke and needed a paycheck. But I was also more interested in the butch culture and that really intrigued me. And with Candy Darling, I was obsessed with Andy Warhol. I really had this fascination with her and her diary, and it seemed like a cool project.

Which brings us to "Hit & Miss." What was it that drew you to Mia?

It's her journey. It's where you find her in the beginning of the story and how she blossoms. It's how rich the character is and what changes and what doesn't change. I thought, "What a great character to do." The writing really spoke to me like nothing else.

How did you prepare to play a transgender character?

I definitely was concerned that not being English would color the performance. I talked to a few women in Manchester just to get everything correct, details-wise.

They were very forthright about things like how hormones affect you, and what it's like to be with men when you're pre-op, and when they first knew they were in the wrong body. I read Jonathan Ames' "Sexual Metamorphosis." I read one about a girl who'd posed for Playboy [the English model Caroline Cossey], and I drew a lot on her upbringing.

The big thing is that the femininity is a learned femininity. That can be really exaggerated. I got a little in there, but I didn't want to do too much. I didn't want Mia to be like Felicity Huffman in "Transamerica." She had to be different.

It's been 13 years since "Boys Don't Cry." What do you think has changed – or hasn't – in how we perceive the transgender community?

I'm not in that community so I can't answer for it, but I think the gay and lesbian community has made huge strides. Even in Manchester there are meetings for transgender people. I tried to go into one of them and they wouldn't let me in. There would be people outside mocking them, and there would be people on the street catcalling them.

You're a huge LGBT icon. How do you think audiences will feel about this role and this series?

It's been such a responsibility to the community. That was one of the hardest aspects of it. Will people like it? Will they accept it?

Ultimately, anything that can help increase sensitivity toward people is a good thing. I think we all have to try to be a bit kinder to each other – gay, trans and straight.