"Hit and Miss": Like the prosthetic penis isn't enough?

Chloe Sevigny isn't just transgendered in her new series. She's an assassin, and a new parent. But somehow it works 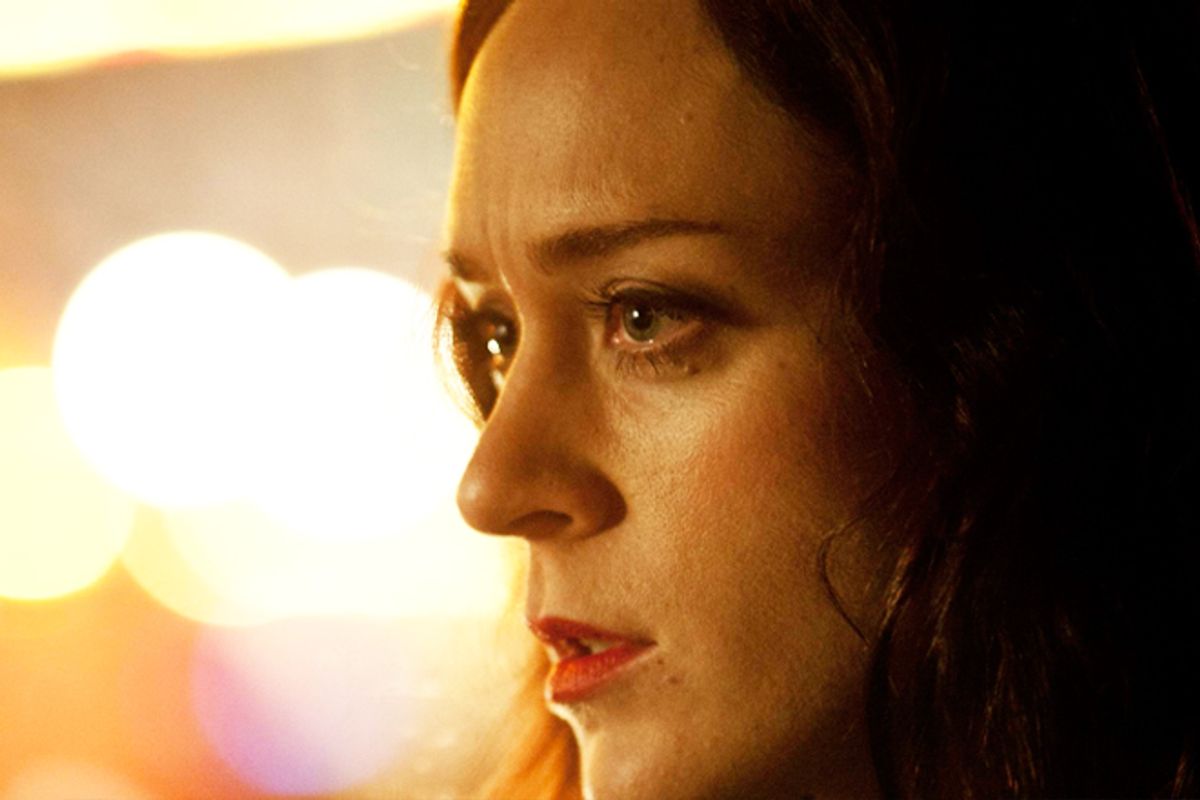 Chloë Sevigny in "Hit and Miss"
--

“Hit and Miss,” the new British import from the creator of “Shameless” and “State of Play” that starts tonight on DirecTV, stars Chloë Sevigny as a pre-operative transgendered woman who is also an assassin, which is enough plot for at least two TV shows. Despite the gilded-lily nature of its setup — What, a show about a woman who used to be a man discovering she has a young son and moving in to help raise him and his three siblings needed more? —  “Hit and Miss” is a quiet, grounded show. It treats the salacious aspects of its plot — Sevigny’s prosthetic penis and her high-powered rifles —with a thoughtful realism. But then again, the charge that comes off the screen two minutes into the first episode when Sevigny is shown in a full body shot getting into the shower, all her parts exposed, is such that it can sustain the sort of laconic storytelling that follows, and maybe even necessitates it lest things get too campy.

Sevigny stars as Mia, whom we see murder someone, step into the shower in the altogether, and find out she has a son in the series' first five minutes. When Mia goes out to see her child for the first time, she discovers his mother has died, leaving Mia with guardianship of her four children, ranging in ages from about 5 to 17 and in attitudes from welcoming to horrible. Despite the various racy elements of its plot, “Hit and Miss” is set in the English countryside, the poor English countryside (Sevigny rocks an unembarrassing Irish accent). The family raises pigs and chickens and lives in a stone, big-roomed house that looks like it is probably always cold. The setting seems like the poorer version of something out of “Cold Comfort Farm” or “I Capture the Castle,” and this too tamps the story down, keeping it tangible.

The plot that unfolds follows the standard arc for these parent-out-of-water tales — one of slowly mounting affection and trust between adult and kids. But it’s the un-standard elements introduced by Mia’s gender that make the series, as when Mia amusingly assures the kids “If I wasn’t a transsexual, I’m sure [your mother and I would] still be together.” After an initial shock, the children are remarkably unphased by Mia’s sexual reassignment. By the second episode the teenage boy of the house is teasing Mia about how, exactly, she has sex (with the totally dreamy neighbor who doesn’t yet know Mia’s history).

Sevigny’s performance is unshowy and determined. Her Mia seems tortured, but quietly so, mature enough to know she can’t pretend to be someone else, however much she might want to. When Ryan, Mia’s biological son, and an adorable freckle-faced boy (Jordan Bennie) who looks a lot like Freddie Highmore of the most recent “Charlie and the Chocolate Factory,” walk in on her in the bath, she is deeply embarrassed, but she never lies to him about who she is. Alone in her apartment, Mia stands in front of a mirror naked, wearing an echoing Pinocchio nose, castigating herself by saying “I’m a real boy,” before collapsing in tears on the bed. It’s an indelible and almost unbearably sad moment, strange and unforgettable.

Mia is a woman, but she’s saddled with a number of macho responsibilities — fatherhood and violence — and the tension between the masculine and feminine parts of her personality and behavior are explored with different degrees of effectiveness. The show’s most affecting story line is the developing relationship between Mia and her son Ryan, who is being bullied. Mia decides to teach him how to fight, and the two beat on pig carcasses and do workouts together. Mia is Ryan’s father, whatever she looks like, but this inevitably confuses Ryan, who loves Mia and wants to be like her, and comes downstairs one afternoon wearing a dress. That both this scene, and the conversation that follows, are dispatched with about 10 lines of dialogue — but the 10 correct lines — says everything about “Hit and Miss’s” total lack of interest in histrionics.

But the hit man stuff is not nearly up to this level of quality. Mia does not seem capable of killing people for a living. At one point she gets squeamish cutting off the head of a dead chicken, and has to be helped by a 5-year-old. Mia also looks and moves very much like Chloë Sevigny. When she beats the crap out of the large, menacing neighbor next door, it doesn’t seem plausible. (When Mia first meets that same neighbor, who does not know she was born a man, and gets fresh with him, his response is “Big trouble in little vagina, enh?” which does not seem plausible either.) Though I understand how effective the hit-man aspect of the story must have seemed on paper, both as a thematic device and a driver of plot, Mia’s story was interesting enough with out the being saddled with such an ultra-violent profession.