Inappropriate humor is often the best kind. But Daniel Tosh's gross jokes about rape cross a basic line of decency 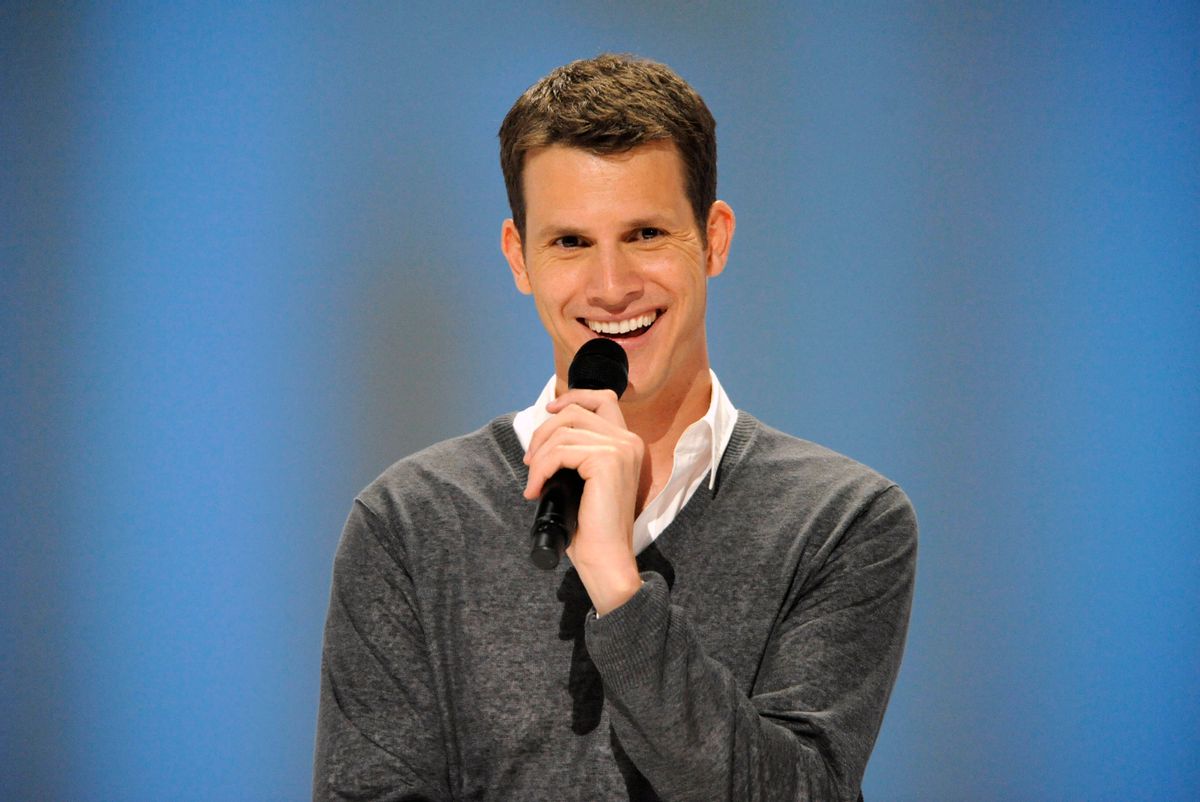 The furor over Daniel Tosh's rape jokes reminded me of the morning the space shuttle Challenger exploded. When I was in the sixth grade, there was a kid in my class, we’ll call him James, who was really funny, the class clown. James joked about everything and we all loved him for it because his wit was so sharp, even at such a young age. You never wanted James to turn his humor against you, but you always wondered what he might say next. You always laughed.

On Jan. 28, 1986, we watched the Challenger lift off in science class and it was a really big deal to have our traditional class activities set aside. Our science teacher was particularly excited because Christa McAuliffe, a teacher from New Hampshire, was one of the seven astronauts onboard. The mysteries of outer space felt a little more within his reach that day.

Shortly after liftoff, the Challenger exploded. We watched on the small television screen as the shuttle burst into flames and thick, spiraled plumes of smoke filled the air. Debris began falling into the ocean. It did not seem real. The classroom was silent. Our science teacher’s eyes reddened and he kept trying to speak but could only clear his throat.  James snickered and said, “I guess there are a lot of dead fish now.” Our science teacher lost it completely and gave James a serious dressing down. The rest of the year was rough for James. He had finally crossed an invisible line about what one can or cannot joke about. James suddenly became an outcast because he went too far, because it was too soon, because joking about tragedy was too much.

Inappropriate humor is often the best kind, as Tosh knows. Everyone has at least one joke they find funny even though they know they probably shouldn’t. Humor that makes us laugh and makes us uncomfortable also makes us think.  In a profile of the late Patrice O’Neal for New York magazine, Adrian Nicole LeBlanc wrote about how O’Neal was deliberate and merciless in testing boundaries and saying the unspeakable. She characterized his willingness to do this by saying, “The transformative power of the ugly truth was, for O’Neal, a form of grace.” Most comedians seem to be reaching for that form of grace, trying to talk about the complexity of these lives we lead in ways that can make us laugh and think and feel.

Daniel Tosh's humor, however, is utterly lacking in grace. The star of Comedy Central's "Tosh.0" does not possess the transformative power of his betters, so when he tries to be edgy and transgressive, it tends to fall flat. In April, the unapologetic misogynist encouraged his audience to film themselves touching women softly on their stomachs. I am not quite sure how this encroachment on personal space and ignorance of appropriate boundaries constitutes humor, but it takes all kinds. (I’m also a woman — we are, from what I hear, not funny.) Nonetheless, the incident gave me pause, particularly when his ardent fans actually began filming themselves touching women softly on their stomachs and posting the videos to YouTube. Somehow, they thought this behavior was acceptable because the comic they admired told them so. You’d be amazed what people are willing to do when they are given permission, either implicitly or explicitly.

Given Tosh’s brand of humor and his general history of immature, frattish humor, I wasn’t really surprised when I heard he made inappropriate statements about rape at the Laugh Factory last Friday. Rape jokes are part of his shtick. During his Laugh Factory set, a young woman in the audience yelled, “Actually, rape jokes are never funny.” Tosh is said to have maturely responded, “Wouldn’t it be funny if that girl got raped by like, five guys right now? Like right now? What if a bunch of guys just raped her …”

(Some of the details are in question. The woman's account can be found here. The club's owner quarrels with the story here.)

Rape humor is designed to remind women that they are still not quite equal. Just as their bodies and reproductive freedom are open to legislation and public discourse, so are their other issues. When women respond negatively to misogynistic or rape humor they are “sensitive” and branded as feminist a word that has, as of late, become a catch-all term for, “woman who does not tolerate bullshit.”

Humor is subjective but is it that subjective? I don’t have it in me to find rape jokes funny or to tolerate them in any way. It’s too close a topic. Rape is many things — humiliating, degrading, physically and emotionally painful, exhausting, irritating. It is never funny for most women. There are not enough years in this lifetime to create the kind of distance where I could laugh and say, “That one time, when I was gang raped, was totally hilarious, a real laugh riot.”

We are free to speak as we choose without fear of prosecution or persecution, but we are not free to speak as we choose without consequence. The woman who called Tosh out on his comments walked out of the club and a friend posted about it on Tumblr. The Internet picked up her story. Tosh has since offered a small act of contrition qualified by his assertion that his comments were shared out of context, he was heckled, and that you can still make jokes about the awful things in the world. (He added the hashtag #deadbabies to that tweet.) He clearly doesn’t think he has done anything wrong. His half-assed apology is the kind where he is merely sorry someone has taken offense rather than taking responsibility for his actions. He will never think it is wrong to joke about rape. Like I said — it takes all kinds.

Many comedians are very proud of themselves for saying the things others are supposedly afraid to say. They are at the forefront of this culture of entitlement where we get to know everything, do anything, think anything and say anything. People don’t use humor to comment on the “awful things in the world,” because they are afraid. Maybe, just maybe, they have common sense; they have conscience. Sometimes, saying what others are afraid or unwilling to say is just being an asshole. We are all free to be assholes but we are not free to do so without consequence.

What Tosh calls heckling, I’d call taking a stand. All too often, when we see injustices, both great and small, we think, “That’s terrible,” but we do nothing. We say nothing. We let other people fight their own battles. We remain silent because silence is easier.

Qui tacet consentire is Latin for, “Silence gives consent.” When we say nothing, when we do nothing, we are saying we consent to these trespasses against us.

When that woman stood up and said, “No, rape is not funny,” she did not consent to participating in a culture that encourages lax attitudes toward sexual violence and the concerns of women. Rape humor is what encourages a man to feel comfortable tweeting to Daniel Tosh, “the only ppl who are mad at you are the feminist bitches who never get laid and hope they get raped so they can get laid,” which is one of the idiotic, Pavlovian responses a certain kind of person has when women have the nerve to suggest that they don’t find sexual violence amusing. In that man’s universe, women who get properly laid are totally fine with rape humor. A satisfied vagina is a balm in Gilead.

We know the appalling statistics. We know sexual violence is embedded within our culture so deeply that there exists a website where women regularly report street harassment. Sexual violence is so problematic that there is a Sexual Assault Awareness Month and there are countless organizations whose sole function is to support victims of sexual violence. We live in a society where the phrase “rape culture” exists and where the culture itself exists. This climate is staggering. Either you recognize that or you don’t. Rape humor is not “just jokes” or “stand-up.” Humor about sexual violence suggests permissiveness — not for people who would never commit such acts, but for the people who have whatever weakness that allows them to do terrible things unto others. If any number of young men were willing to film themselves touching women lightly on their stomachs, how many were encouraged to ignore a woman’s no because Daniel Tosh finds rape amusing? What are the consequences if the answer is even one?

What surprises me, what really troubles me, is that only one person stood up and had the strength of conviction to say, “Enough.”