Shakespeare would have loved the Clintons. But in the cable TV era, USA's "Political Animals" will have to suffice 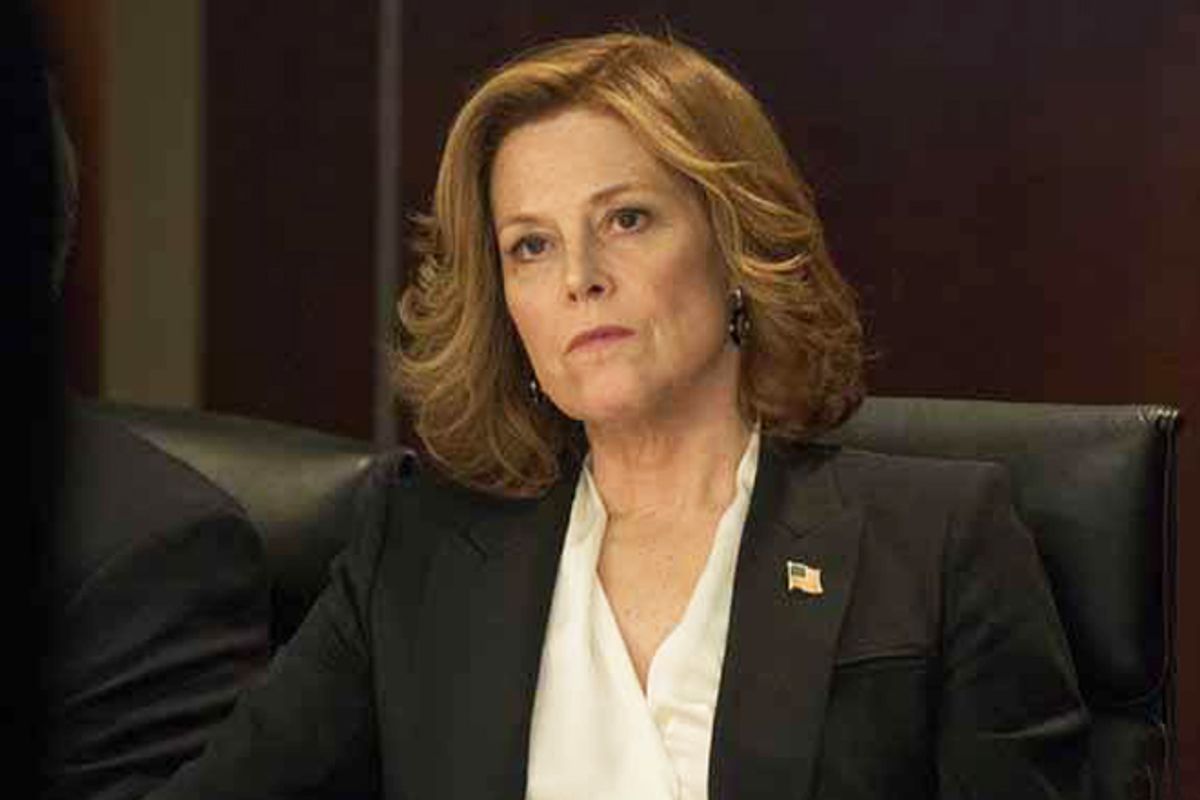 Early in the first episode of “Political Animals,” USA’s sudsy, almost-but-not-quite serious, six-episode series about Elaine Barrish Hammond, Elaine (Sigourney Weaver) tells her Southern, Big Mac-loving, philandering, former-president husband Bud Hammond, “Don’t give me that crap about how the people would love me if they just knew me. It’s been 20 years. They know me.” This moment arrives just after Elaine has conceded the Democratic primary to a younger male candidate (whom her husband keeps disparaging in inappropriate ethnic terms), and uttering these words seems to work as a reverse jinx. In the montage that follows, we watch as Elaine becomes secretary of state under her former rival and sees her popularity go up, up and up. Finally, people love her.

“Political Animals” is the latest signifier — alongside poll numbers, Internet memes and her former enemies' compliments — that Hillary Clinton has really crossed the long bridge into the land of likability. Here she is, the sympathetic star of a mainstream TV series that, should she run for president in 2016, may have to be pulled off the air for its resemblance to propaganda, or at least incentivize USA to slap together a miniseries on the heroic life of someone very Mitt Romney or Jeb Bush-like. Some of the specifics have been changed to maintain plausible deniability — instead of one daughter, Elaine and Buddy have two sons. (One is a straight arrow, the other is troubled and openly gay.) Instead of a marriage still plagued by infidelity rumors, Elaine and Buddy are divorced soon after she loses the primary; instead of Obama, the president is a guy named Garcetti — but this is the Hillary arc through and through.

And can you think of a better modern-day figure to make a drama out of? (Paul Thomas Anderson has already gotten near to Tom Cruise.) If Shakespeare were still around churning out histories, he could do worse than to write a play about Hillary, a heroic character who wears the tragic flaw of her strident striving on her sleeve. Or there's the Clinton marriage itself, a partnership that has come to seem archetypal, a classical codependent pairing of id and superego, simultaneously ultra-functional and ultra-dysfunctional, edging toward the mythical. If the first few minutes of “Political Animals” are little more than an expository session establishing Elaine's credentials delivered with almost no nuance, it needs none: Once we know Elaine is a pseudo-Hillary, we can provide the depth.

With all the knowledge we are bringing to the viewing experience, “Political Animals” plays like a mix of celebrity memoir, one written by the old guy who is no longer worried about whom he will offend, and historical fiction. As Alan Sepinwall put it in his review, the show asks the question “What if?,” but not just “What if Hillary had dumped Bill,” or "What if Hillary was going to run for president again," but “What if something similar to this is happening right now?” This is the thrill that undergirds every tabloid story ever written, and needless to say, this makes “Political Animals” a pretty good time, at least when it’s operating on the level of gossip.

And what gossip is there to be had? Well, a newly divorced Buddy is dating an idiotic, large-breasted TV star; Elaine and Buddy’s gay son is a drug addict with a dark secret; Elaine and Buddy’s straight-arrow son is engaged to a bulimic; Elaine's mother, Margaret (Ellen Burstyn in the grand dame role), is given to dropping alcohol-laced bons mots like she is secretly in a dissing match with the Dowager Countess. The reporter (a typically great Carla Gugino), who has long been Elaine’s bête noire, but will become her ally, is sleeping with her editor, who may or may not be sleeping with — oh the indignity! — a young, silly, cutthroat blogger (have underpaid, overworked 20-somethings with little job security ever been so regularly disparaged as soulless jerks by the people they long to grow up to be?). And, of course, crises of state are resolved with various individuals — Russian dignitaries, secretaries of state, former presidents — stripping down to the altogether.

It's as something more than gossip that “Political Animals” falls short. Sigourney Weaver, tall and strapping and fierce, would seem to be a dream stand-in for Hillary, and though she has occasional flashes of real charisma — and some good speeches about bitches — she seems to be going for a sort of verisimilitude wherein Hillary is much better in private than public, and in many moments seems to be tamping down her energy. At least Weaver is better than Buddy (Ciaran Hinds) who might as well be a “Saturday Night Live” version of Bill Clinton, his Southern accent fairly dripping down the side of his mouth.

“Political Animals,” like ABC’s “Scandal,” is more concerned with the personal than the political, which, fair enough. Family squabbles and infidelities are probably more fun to watch than congressional maneuvering. In the case of the Clintons, the personal really is political -- but it does not follow that the political is just about getting tangled up in bedsheets. “Political Animals” may be super-fun, but it is also superficial.