The comedian was out of line, but why can't fans keep quiet? Also: There are totally funny rape jokes 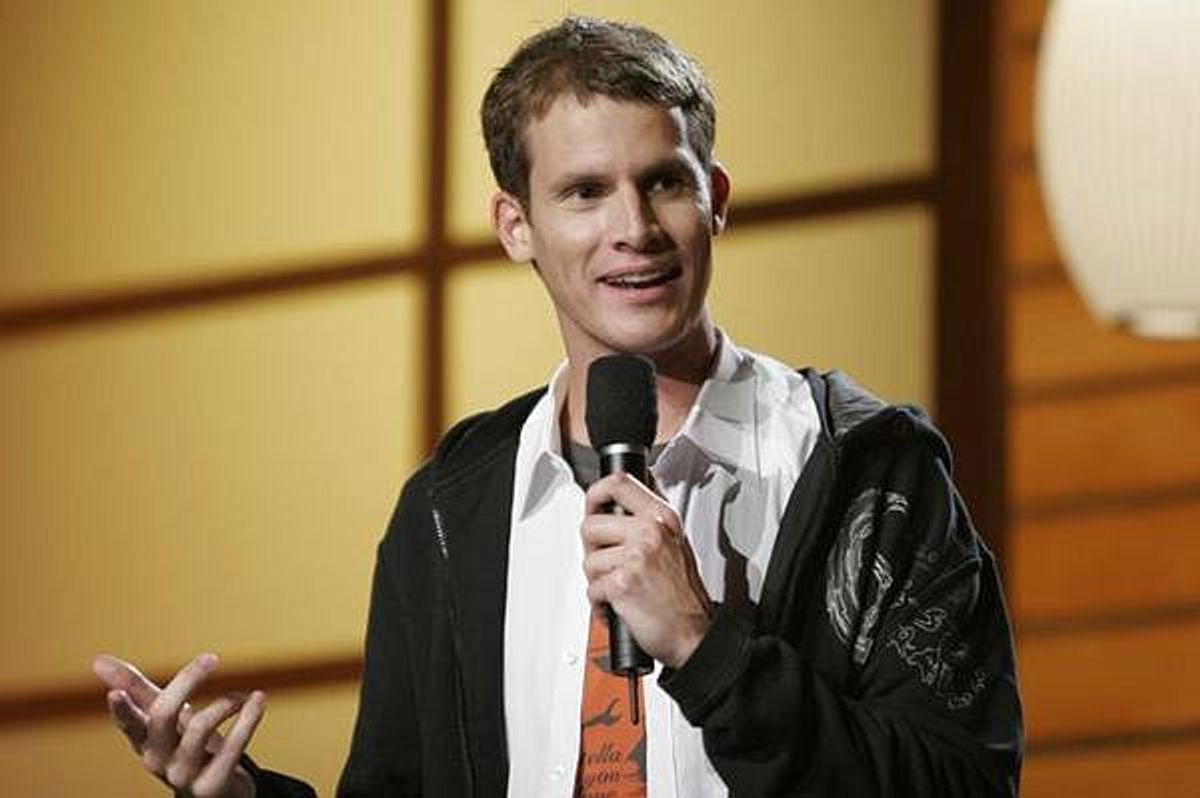 For all the arguing and outrage and thrashing about this week over Daniel Tosh's incredibly boneheaded, nasty recent crack about rape, one important point seems to keep getting lost in the shuffle. So let me issue a reminder, to anyone who may ever find him- or herself one dark night working through the two-drink minimum in a comedy club. Don't heckle. Just don't. I don't care what the guy or gal onstage just said. Don't do it.

I say this knowing that asking audiences to stop heckling comics is like asking commenters on YouTube to learn how to spell. I say this as someone who just a few weeks ago cited Daniel Tosh as a compelling refutation of Adam Carolla's assertion that women are inherently less funny than men. I say this as a vagina-possessing individual appalled at how Daniel Tosh conducted himself toward that patron at the Laugh Factory. But let's back up the story a bit here, to the first crass, dopey move of that fateful evening.

As the Cookies for Breakfast blog chronicled, a friend of the blogger decided to hit a local comedy club last Friday evening. She didn't go to see Tosh, didn't even recognize him. As the woman explains, "So Tosh then starts making some very generalizing, declarative statements about rape jokes always being funny, how can a rape joke not be funny, rape is hilarious, etc. I don’t know why he was so repetitive about it but I felt provoked because I, for one, DON'T find them funny and never have. So I didn't appreciate Daniel Tosh (or anyone!) telling me I should find them funny. So I yelled out, 'Actually, rape jokes are never funny!'"

She "yelled out" what is "never" funny to someone on a stage at a comedy club? Actually, right then and there, she transgressed, big time. The woman goes on to say that "I did it because, even though being 'disruptive' is against my nature, I felt that sitting there and saying nothing, or leaving quietly, would have been against my values as a person and as a woman. I don't sit there while someone tells me how I should feel about something as profound and damaging as rape."

Ma'am, I think most of us would agree that rape is profound and damaging. And I'd add that many of us would say that Daniel Tosh is a misogynistic skidmark with a history of making vicious, unfunny cracks about sexual assault. But there are plenty of other ways of expressing your values as a person and a woman that do not include disrupting someone's act.

Exactly what Tosh did next is a matter of dispute. The woman says he retorted, "Wouldn’t it be funny if that girl got raped by like, five guys right now? Like right now? What if a bunch of guys just raped her?" She says that she then left, shaken and understandably scared. "Having to basically flee while Tosh was enthusing about how hilarious it would be if I was gang-raped in that small, claustrophobic room," she says, "was pretty viscerally terrifying and threatening all the same." The club owner says that the remark was more along the lines of  "Well, it sounds like she’s been raped by five guys," which, by the way, is still an incredibly offensive, stupid, amateurish comeback. Any comic who's been doing this for any length of time should have a better response to the old "That's not funny" line. He should have had something smart and tension-defusing immediately in his arsenal, to take back the situation. Instead, he behaved like an evil creep. Whatever the exact content of his response, the woman did not deserve an "Oh hey, wouldn't you getting gang raped be hilarious?" Because, talk about that's not funny. The woman says now that "she does plan on returning to comedy shows in the future, but to see comedians that she's seen before or to at least look up artists before going to their shows." That's an excellent idea.

That said, not even Daniel Tosh deserves to have an audience member yell at him about what's "never" funny while he is doing his job. But wait, you say. First they made jokes about the communists and I didn't speak because I wasn't a communist, and all that! The comic needs to know when he is going too far! you argue. Still, no. A comedy club is not a town meeting. It is not a dialogue. Even if you're going to see improv, and the comic is asking you to shout out suggestions, he is not inviting you to tell him that rape is not funny. There's really not a whole lot he can do with that. He is not going to pause thoughtfully and say, "Why, perhaps I should reconsider my material. I'm off to do some rewriting. Thank you, helpful expert in the back!" He is going to attack you with everything he's got now, because that is the nature of stand-up.

The moment the comic takes the stage, he is fighting every second for control of that audience. He is competing with the table full of drunks over at the side who are talking through his routine. He is vying for attention against the group that can't stop looking at their phones. As Todd Barry once told a New York club crowd, "You are the nicest audience that has ever texted through my whole set." And he is just holding his breath for the person, like you, who has suddenly decided that this is the night to get into a debate. Comedy is a power struggle, and I promise you the person on the stage will not let you win it. If he's worth his salt, he'll do it in a way that's so incisive and devastating that even you, random person with poor impulse control, will laugh. If he's not, he'll do it in a clumsy, angry manner that becomes a gigantic stink on the Internet and you will still have been wrong in the first place.

The time and place to announce that "rape jokes are never funny," would-be critics, is not on a Friday night in a comedy club. And when you say that rape jokes are never funny, I really hope that what you mean is that rape itself is never funny, because you're right about that one. When Roxane Gay wrote Thursday in Salon about "an invisible line about what one can or cannot joke about" because "rape humor is designed to remind women that they are still not quite equal," I hope she's speaking of a particular form of humor. Because often, precisely the way out of the most devastating, terrible things that could happen to human beings can be through humor. In recent days, Lindy West  and Kate Harding have performed the public service of compiling an assortment of rape jokes that are hilarious. One of them is by Dane Cook. People, Dane Cook can make a decent rape joke. That goes to show you a) there is no subject matter off-limits and b) how lame Daniel Tosh is. Note how the assortment of gags plays on our expectations and fears, how they articulate something about the horror of assault and by doing so, take away a little of its power. Great comedy is shocking and subversive and makes trouble. It throws bricks through life's windows. It's cathartic, it's physical. It reaches into your gut and makes you feel better about the most nightmarish things imaginable. When Wanda Sykes talks about wishing she had a detachable pussy, that's a rape joke that makes any woman who's ever walked alone at night guffaw in solidarity.

That's what's possible when someone tells a good joke. So what about when someone tells one that's just cruel and gross? You're really supposed to just sit there and take it? Really? But how will the comic ever know what an ignorant asshat he's being? Is it not our moral duty to educate him? There are other ways, dear patron of the Dayton Funny Bone. So don't yell at him while he's doing his job, because while he's spinning through that material he's spent a long time writing and practicing, he's really not in a place where he's the most receptive to feedback. And don't short-change everybody else in the room who did not pay to hear your opinions. The offensiveness of a performer is still not a license to be rude, to the person onstage or to your fellow patrons. The comic will get the message when you don't laugh. Believe it -- a heckler will tick him off but a quiet audience will make him crap his pants. He will get it when you stand up and walk out. And the club owner will get it too. This is the comic's livelihood. He's not going to keep doing material that bombs, that removes alcohol-consuming butts from seats, not if he wants to keep working. He will get it if you approach him after the show, and talk to him like a person. He's probably just sitting alone at the bar before going back to his miserable hotel room. Go tell him then. Or send him an email. Have a conversation. Be reasonable and decent. You might just enlighten him. It's possible. And wouldn't that be funny?