"Gay panic" is not a defense

Believe it or not, there are still places where an alleged killer can claim the victim was coming on to him 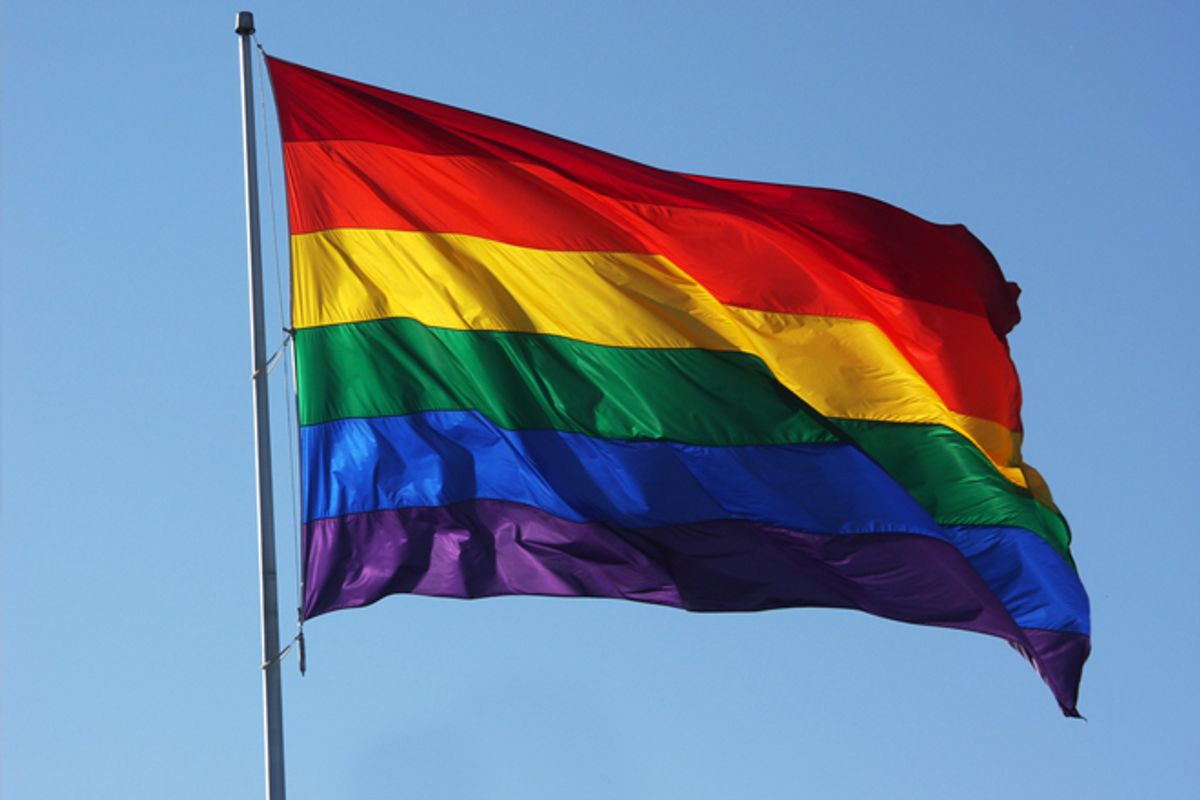 Who could use a reminder today that not all Christians are homophobic lunatics trying to bend the Bible to justify their bigotry? Meeeeeee!

So let's give props to the Catholic priest Paul Kelly of Maryborough, Australia, who took a stand against -- and illuminated the horrific stupidity -- of one of his nation's most cruelly backward laws. As Kelly explains in the Change.org petition he started, "A loophole in Queensland law allows people accused of murder to defend themselves in court by claiming 'gay panic' -- that is, if someone who they think is gay 'comes onto' them, the sheer panic they feel is partial justification for murder." And you thought Stand Your Ground was dangerously insane? There are places in the world where the mere perception that someone of your own gender might be into you gives you the right to kill him or her.

As Kelly writes, "A man was killed in my church’s grounds, and one of his killers used this same 'gay panic' defence. They were eventually acquitted of murder." In 2008 Wayne Robert Ruks was punched and kicked to death by two men at the church. His killers claimed Ruks "made homosexual advances" and tried to grab Pearce's crotch. They were jailed for the lesser charge of manslaughter.

Ruks' family, by the way, has stated that he wasn't gay. And Opposition Leader Campbell Newman argues that "it’s important to note that the defence of provocation is not based on one sexuality, it's open to any Queenslander." But the Queensland government vowed six months ago to close the legal loophole that would allow a defendant to use the claim of nonviolent homosexual advances as a justification for killing in Queensland.

Sadly, that promise recently fell through. Attorney General Jarrod Bleijie confirmed on Monday that "the Liberal National Party remains tough on crime. However, given these laws are yet to be tested, (it) does not intend to make any further amendments to the provocation defence at this time." He described any amendment to existing law as "unnecessary."

Kelly said, "I'm utterly appalled that a law that so revoltingly and openly discriminates against gay people is still tolerated in a modern society. Laws like the 'gay panic' defence are a crucial part of legitimizing and reinforcing a culture of hate which means that 73 percent of gay and lesbian Queenslanders are subjected to verbal abuse or physical violence for their sexuality." And while we're being revolted here, let's add the fact that loopholes like this are hurtful to gay and straight citizens alike. They tell everyone that any paranoid freak has the right to interpret their actions as some big scary gay come-on and bash their heads in accordingly.

As a person who had this happen in his own parish, Kelly can speak with unique authority on why this is utter BS. He seems like a pretty cool guy in general. If you leaf through some of his recent sermons online, you'll see a man who preaches to his flock about the value of "wisdom, understanding, knowledge, counsel, courage, reverence and wonder" and who tells them that "fear is the great enemy." He's doing the work a spiritual leader is supposed to do – inspiring social change and positive action. His online campaign has in recent days caught fire, garnering 163,000 signatures, including Stephen Fry's. It's also created a Twitter storm against "#gaypanic" and earned the endorsement of Kelly's fellow clergy. Over the weekend, Capetown Catholic priest Stefan Hippler tweeted his "support for my brother priest in Australia and his campaign." Hippler, by the way, is busily and fiercely fighting for tolerance among his own followers, most recently condemning Uganda's Catholic bishops  for speaking in favor of "traditional family and its values" within a culture that punishes homosexuality with death.

In a world where people are still so freaked out by the mere idea of homosexuality -- by the possibility of a same-sex gesture -- that they can use it to justify the most violent and despicable acts, we all need to speak out and say this is beyond wrong. That this is stupid. We cannot as a society excuse repellent behavior; we have to strike down outdated laws that protect it. And to do so, we desperately need people who have a voice and a platform. Maybe even a pulpit, guys. Paul Kelly was personally affected by an unspeakable crime at his doorstep, so he's doing something about it. He's fighting hate with humanity, ignorance with light. Because that's exactly what Christians are supposed to do. Thanks for the reminder, Father.