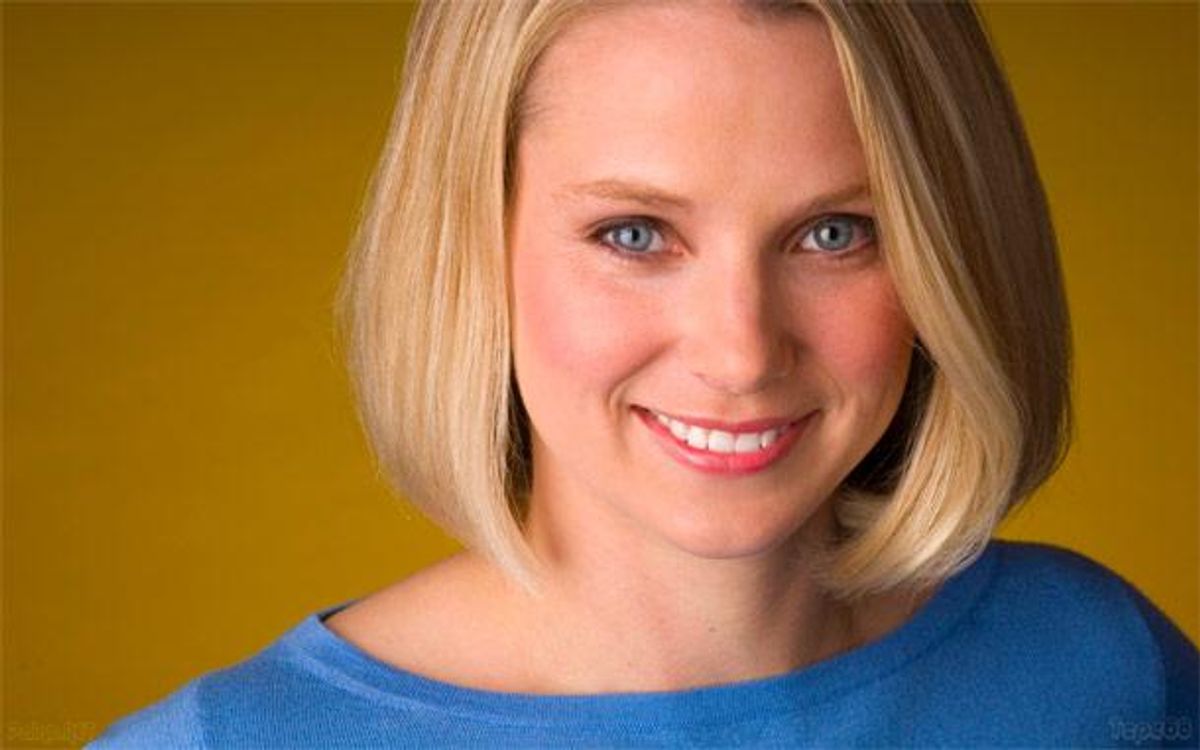 This is a great move for Yahoo, which has stewed in mediocrity for years.

Mayer, a big shot in Silicon Valley and a perfectionist product-type executive, could legitimately make Yahoo respectable again. At the very least, she will command attention and could recruit people that were previously unrecruitable for Yahoo.

Yahoo's problem has never been having enough users — it boasts more than 700 million in Mayer's hiring announcement — but its products have lagged in quality behind those of Google, Facebook and other Web companies for years.

Have you tried to use Yahoo Mail, Finance, Sports or Flickr lately? They haven't had a positive update in what seems like forever. Flickr should have been Instagram! Why did no one mention Yahoo Maps as an alternative to Google for Apple's iOS Maps app? Because Yahoo Maps is weaksauce. Yahoo Mail is laughable next to Gmail. But it doesn't have to be. Et cetera.

So if Mayer can play to her strengths (helping engineers build and scale great Web software) and to Yahoo's  (selling Web advertising on one of the world's biggest sites) the turnaround might work. (Mayer, unlike ousted Yahoo CEO Scott Thompson, is actually a computer scientist: She has a B.S. in symbolic systems and an M.S. in computer science, both from Stanford.)

What sort of stuff will Mayer be thinking about? The New York Times, which first reported Mayer's move, has a preview: "As she hashes out Yahoo’s strategy, Ms. Mayer said she is intent on leveraging the Internet company’s strong franchises including email, finance and sports. She also hopes to do more with its video broadband and its mobile businesses."

Video is smart because it can command higher ad rates. And mobile is obviously the future.

I wouldn't be surprised, then, if Mayer tried to buy Foursquare — the exact kind of mobile, social, local company that could play into Yahoo's plans, and one Yahoo couldn't easily build itself. (Google couldn't even do it.) Or perhaps try to woo Vevo — the record industry's music video site — away from Google, its current partner.

Marissa could easily fail — it's a risky job, and she's no doubt seen her former Google colleague Tim Armstrong struggle to rejuvenate AOL. But for Mayer, who was arguably demoted by Larry Page's new regime at Google and who doesn't need the money either way, it's worth a shot.

Dan Frommer is Editor at Large for ReadWriteWeb, based in Brooklyn, NY. He is also founder and editor of SplatF, a tech news and commentary site. Previously, Dan helped create Business Insider and was a tech reporter at Forbes. He graduated from the Medill School of Journalism at Northwestern University.