America is polarized, but politics are all over prime time -- they just present a sterilized fantasy world 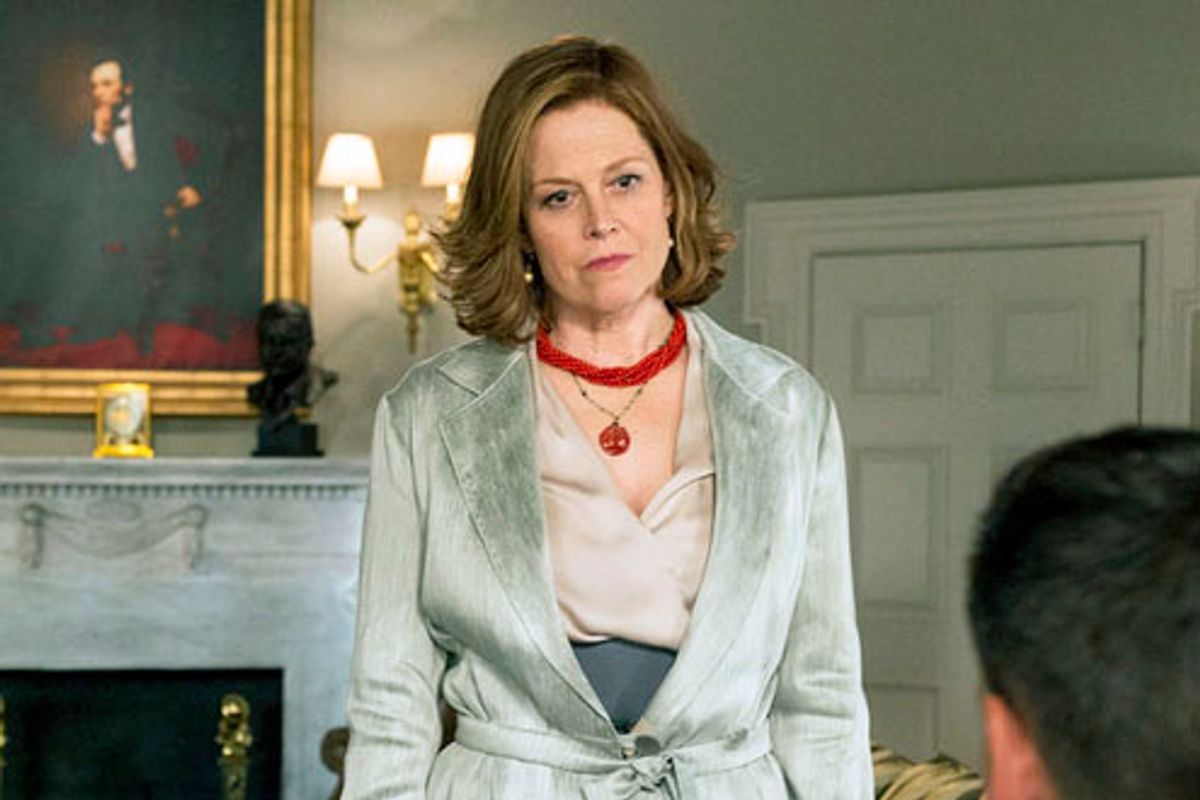 One of the things that I love about episodic TV: It’s not politics. For me, politics are a near constant source of anxiety and stress, if occasionally a fount of great, pressure-relieving absurdity. I feel duty bound to pay attention to them — the talking points, the speeches, the spin — and a pit in my stomach is more often than not all I have to show for it. I am surely not alone in my serious case of the political heeby-jeebies. (Look, as Aaron Sorkin just took the time to explain in a recent episode of “Newsroom,” America is more polarized than at any time since the Civil War!) As the Supreme Court’s recent healthcare decision made clear — a verdict that liberals and conservatives both interpreted as a victory and a defeat — we Americans seem inclined to think that right now (and forgive me as I mangle some Dickens) is the best of times only if one is not paying attention to how it is actually the worst of times. It seems odd to me, then, that at this moment, when politics are so horribly alive, so powerfully electric with dissension and spite, there are more shows about politics than ever on television: “Newsroom,” “Scandal,” “Political Animals,” “Veep,” “Parks and Recreation,” “Boss,” Hulu’s “Battleground” and the forthcoming NBC sitcom about life in the White House, “1600 Penn.” TV, the great escape, is littered with reminders of what we are escaping from.

The proliferation and popularity of fictitious political shows is possible because these series remove the sting and sourness of real politics. When Hillary Clinton was running for president, her and Barack Obama’s increasingly crappy mudslinging and fights about 3 a.m. phone calls was vitriolic, mean-spirited and, to me anyway, worrying: Watching her alter-ego, Elaine Barrish Hammond, do the same sort of thing on USA’s new TV series “Political Animals” is just plain old fun. These TV shows extract a certain frisson from their proximity to heady issues — Washington is automatically a more serious setting than, say, a hospital full of randy surgeons — while pushing a vision of politics that is more often than not a salve, rather than a scourge.

Take Aaron Sorkin’s “Newsroom,” the fantasy element of which is built right into its structure: What if we could go back in time and do everything again, but better? Jump to 2010 and speak truth to power to the Tea Party, call out America’s flaws, and — as on this weekend’s episode — not accidentally declare Gabrielle Giffords dead? To this dream of the incredible do-over, “Newsroom” adds the dream of the great man, the one who can make all the difference. Not only do we get to redo our past, but Will McAvoy, the righteous news anchor who stars in “Newsroom,” the intelligent, feisty-if-flawed, civic-minded Republican we liberals have been waiting for, will lead the charge.  That Will McAvoy seems to be such an obvious stand-in for Aaron Sorkin, the man hoping to change everything with his own heady TV show, is part of what makes “Newsroom” so unbearably smug. And yet, but for the sanctimony, who hasn’t wished for the chance to make up for past missteps?

ABC’s “Scandal,” about Olivia Pope, an African-American crisis negotiator having a relationship with the honest to god president of the United States, traffics in a more simplistic fantasy — one where politics, even in the White House, doesn’t really matter at all. On “Scandal,” the pressing affairs of state are less pressing than an actual affair. The president spends his time consumed with his love life as opposed to domestic and international crises, not because he is some incompetent, but because that is the most important thing going on. The Washington of “Scandal” is a place of romance, the setting that keeps Olivia and her president apart, not of major world events.

“Political Animals” take a similarly soapy view as “Scandal,” with the personal regularly trumping the political, though “Political Animals” does allow its politicians to engage in a small amount of politics, giving Elaine Barrish an international crisis to resolve alongside her domestic one (both get settled when a man puts on his birthday suit). “Political Animals” is more interested in the Hammonds as celebrities than as D.C. players. Show creator Greg Berlanti said he was drawn to the Clintons because they are the closest thing America has to royalty, and the first two episodes are as concerned with Elaine’s gay, cokehead son staying out of the tabloids as anything else. Still, as frothy as “Political Animals” is, it is smuggling in one truly political story line: the dream that Hillary might yet be president. At the end of the first episode Elaine tells her Secret Service agent that she’s going to run again, and “this time, I’m going to win.” Those Americans who despise HRC may not be able to stay tuned.

The most abjectly cynical of the political shows is HBO’s “Veep,” which star Julia Louis Dreyfus as the vice president. But whereas “Scandal” and “Political Animals” take the politics out of politics, and sub in sex and glamour, “Veep” inserts incompetence and drudgery. As I said in my initial review of the show, “Veep” posits that Washingtonians are more likely to be incompetent bureaucrats than entrenched ideologues, which, in this particular moment, makes them sort of a relief, the clown car instead of the paddy wagon. “Veep” is the least partisan of the aforementioned series in another way as well (“Political Animals” and “Newsroom” wear their liberalism on their sleeves; the president on “Scandal” is a Republican, but, uh, the pro-choice kind), and not only because it never names the vice president’s party. If it did, it would be hard to tell if that was a compliment or an insult, given how bumbling the “Veep” staff is. “Veep’s” political perspective isn’t inspiring, but it isn’t particularly realistic either.

And then there’s “Parks and Recreation." In her review of "Political Animals," the New Yorker's Emily Nussbaum described "Parks" as the best political show on the air, mixing “idealism and cynicism with unusual skill” and noting “as sunny as 'Parks and Recreation' can be, the show’s vision of politics is frequently damning. Leslie Knope faces an idiotic heir as an opponent, she participates in a debate so vapid that it’s impossible to answer a question without stumbling into a trap, and she copes with TV news coverage featuring the 'Gotcha!' dancers.” But it’s that sunny-ness that keeps “Parks” from ever feeling too real. This is a show populated by one of the biggest casts of sweethearts ever seen on TV, and if the people around them are cynical — and hilarious — jerks, the churlishness doesn’t quite rub off. And besides, the basic premise of "Parks" is the most uplifting political fantasy of all: that anyone as pure of heart and sound of mind as Leslie Knope would ever be able to get into politics and stay that way.