If releasing his tax returns is more damaging than hiding them, there must be something worth concealing 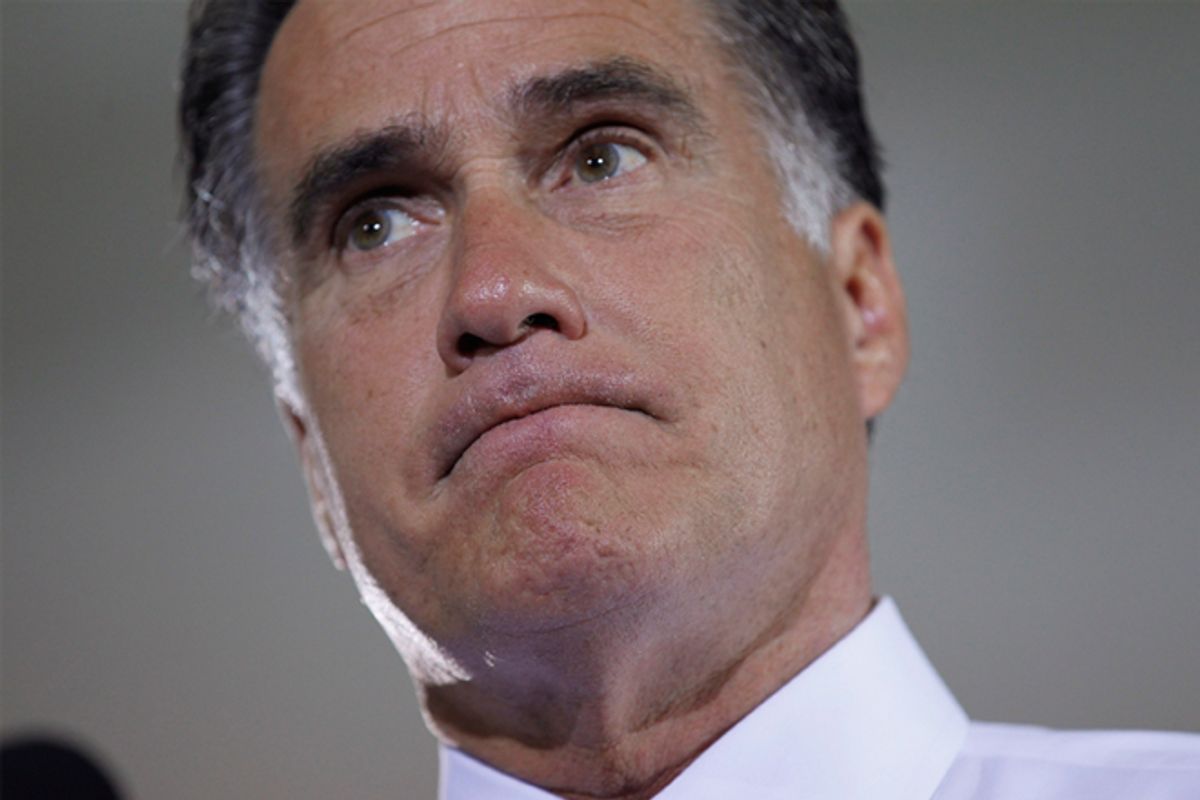 Ed Gillespie got the most attention for telling CNN's Candy Crowley that Mitt Romney "retired retroactively" from Bain Capital in 2002, seeming to acknowledge that he remained as CEO after February 1999, which the Romney campaign denies. But the Sunday-show drumbeat for Romney to release more than two years of tax returns may be equally damaging -- especially because it was led by Republicans.

George Will made a point that Democrats have made before him, but his conservative credibility and capacity for pronouncements from on high gave it special resonance: Romney's older tax returns must contain more damaging information than what we already know, since he's so intent on hiding them.

“The costs of not releasing the returns are clear,” Will said. “Therefore, [Romney] must have calculated that there are higher costs in releasing them." The Weekly Standard's Bill Kristol and Bush-Cheney advisor Matthew Dowd also joined the chorus of supposed allies asking Romney to release more returns.

"You've got to release six, eight, 10 years," Kristol said, calling Romney's reluctance to do so "crazy."

So what would be more damaging than what Romney's 2010 and 2011 returns told us? We already know that he's insanely wealthy, that he's got his money in offshore tax havens like the Cayman Islands and Bermuda, and that he paid an obscenely low 13.9 percent tax rate because he made his money from investment, not work, a result of the way our tax system privileges the investor class over even rich people who have to labor for a living. If that's the kind of thing that outrages you, you've got enough to be outraged about.

But what if Romney had years where he paid no taxes at all? The New Yorker's John Cassidy surveys the list of possible reasons for Romney to hide his returns and seems to think that's the most plausible explanation. Cassidy admits he's in the realm of "speculation" – but that's where Romney has left the electorate with his refusal to release more than two years of filings.

Other explanations Cassidy considers include even higher income, even more offshore accounts, and investments in businesses or industries that might be politically embarrassing. But since we already know Romney is ridiculously rich and that he has damaging offshore accounts, the first two don't seem a reason to hide his returns. The third is possible, but as Cassidy observes, since we know Bain Capital invested in businesses that ruthlessly laid off workers and even one that disposed of aborted fetuses, it's hard to imagine many more politically damaging revelations.

"But there may have been a year in which Romney’s federal tax rate was in the single figures, and possibly even close to zero," Cassidy posits, since the two years he was willing to release are when he was the nominal front-runner for the GOP nomination and was probably more cognizant of the political risks to aggressive tax-avoidance. Romney's accountants might have written off a big loss or used other legal ways to minimize or even eliminate his tax burden. To be fair, I should note that although Cassidy seems to think that's the most likely reason for Romney to conceal his returns, he calls it "pretty unlikely." I don't. As Will says, there's got to be a cost-benefit calculus behind Romney's stonewalling, and I can't think of a better one.

Taken together, Romney's shady "retroactive" retirement, his Bain Capital profiteering and his low tax rate add up to a big problem for the presumptive GOP nominee, because the white working class has become the bedrock of the Republican base. David Frum puts it this way, in a CNN piece headlined "Mitt Romney's painfully bad week":

Romney's core problem is this: He heads a party that must win two-thirds of the white working-class vote in presidential elections to compensate for its weakness in almost every demographic category. The white working class is the most pessimistic and alienated group in the electorate, and it especially fears and dislikes the kind of financial methods that gained Romney his fortune.

So maybe this is the year white working-class voters wake up to the real agenda of the party they've come to support. Democrats have hoped that before and been disappointed. But there's never been a GOP candidate so perfectly tailored to expose the party's real base, the  top 1 percent.