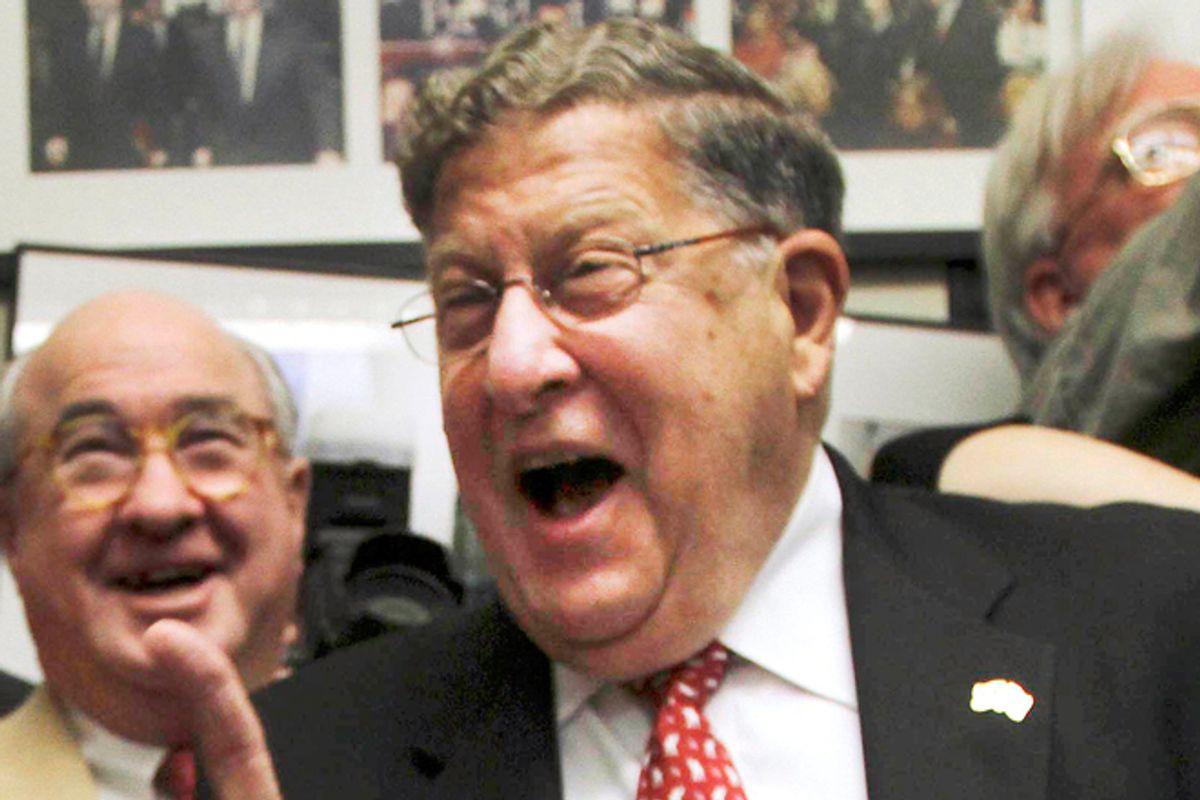 The Romney campaign finally came up with something to change the subject from Bain Capital today, but it was not the thing they were looking for. This morning, former New Hampshire Gov. John Sununu, a top Romney surrogate, veered into Birther-lite territory when he told Fox News that President Obama is not American enough. "I wish this president would learn how to be an American," Sununu said.

"He has no idea how the American system functions," Sununu continued. "And we shouldn't be surprised about that, because he spent his early years in Hawaii smoking something, spent the next set of years in Indonesia, another set of years in Indonesia, and, frankly, when he came to the U.S., he worked as a community organizer, which is a socialized structure, and then got into politics in Chicago."

The media firestorm was immediate and ferocious. Fellow Romney surrogate Tim Pawlenty, the former Minnesota governor, distanced himself from Sununu by lunchtime, and before happy hour, Sununu himself walked back the comments. "I made a mistake. I shouldn't have used those words, and I apologize for using those words,” he told CNN’s Wolf Blitzer.

Sununu’s assertion that Obama is not an American is inappropriate enough in its own right, as he himself admitted, but it’s even more absurd considering that Sununu himself has faced questions about his ethnic heritage throughout his political career. He was born in Cuba and is of Greek, Lebanese and Palestinian descent. A New York Times story from 1988 notes that Sununu “says he has received hundreds of telephone calls about his heritage."

Sununu’s son, John E., who served as a senator from New Hampshire, spoke movingly about the "scrutiny" his father faced for being Arab-American. Sununu said at the American Task on Palestine Inaugural Gala in 2006:

In public life, my father recognized, as he began local politics, moved on to serve as governor, and then as Chief of Staff to the President of the United States, that as an Arab American, one of the very few Arab Americans, in public life, I think my father recognized that there would be a greater level of visibility, there would come greater public scrutiny. But that was simply part of the bargain, if you will, that if you wanted to make a difference, if you wanted to affect policy, you wanted to improve the lives of those that were represented, whether at the local or national level in politics, you had to take that scrutiny as it came and rise to the challenge. And I think it is fair to say, that despite my biases, that he was able to do that.