Banks won't help Obama rescue the underwater homeowners who, a few years ago, they were eager to rip off 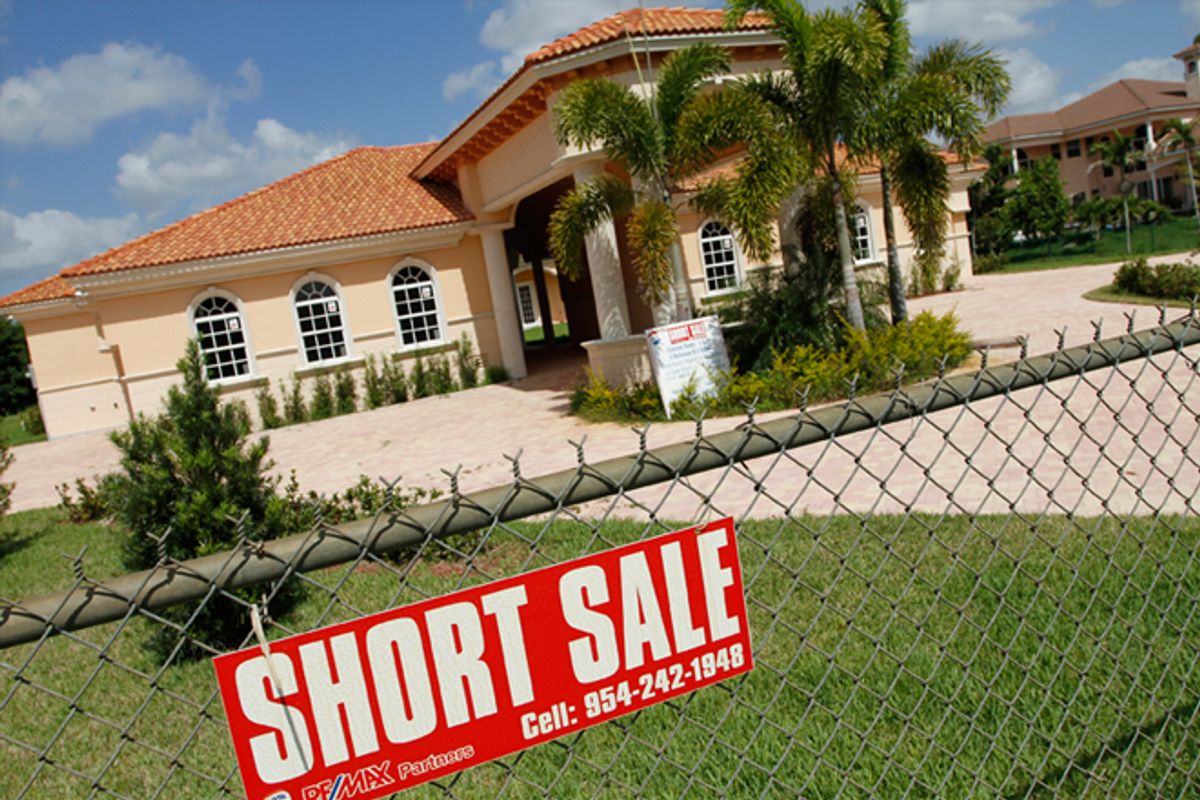 It's looking more and more like the banking industry might be better off spending the millions that it funnels to lobbyists on some straight-up public relations damage control. Lately, not a day goes by without another bomb dropping. Sometimes it is embarrassingly obvious -- money laundering for Mexican drug cartels?! Did HSBC really need to be that obvious? But usually it is a little more subtle.

For example, Bloomberg published an interesting article today detailing bankers' resistance to the White House effort to help underwater homeowners refinance their mortgages. Much to nearly everyone's surprise, the most recent revamping of the administration's homeowner rescue plan is actually showing some healthy signs of progress -- at least if you compare it to the woeful performance of the stillborn White House initiatives prior to the new rollout. Bloomberg reports that by May of this year as many homeowners had already taken advantage of the new rules to refinance their homes as did in all of 2011. A little late in the game to change perceptions that Obama hasn't been doing all he can for homeowners, but still, better late than never for the people who are finally getting some breathing room.

But it hasn't been easy.

White House efforts to push widespread refinancing of mortgages for homeowners who owe more than their properties are worth may be limited by banks’ stretched capacity to originate loans and their concerns that the borrowers are too risky.

This is funny, in a stab-yourself-with-an-ice-pick kind of way, for two reasons. One, the new rules include a provision in which the federal government offers lenders liability protection on new loans. Two, and much more important, we wouldn't be in the mess we are in today if banks hadn't decided to utterly abandon any semblance of responsible risk management during the go-go days of the housing boom. Indeed, banks sought out the riskiest lenders, because they'd figured out ways to slice and dice the resulting mortgages into packages that they could sell off to other parties. The lenders whose job it was to evaluate risk -- the lenders that actually had the skills to judge risk -- passed that risk off to investors who knew nothing about the housing market or the individuals seeking loans.

The banks didn't do their job and crashed the economy. Now, years later, they are resisting government efforts to fix the mess, complaining that is too risky. It's far safer, apparently, to rig interest rates for a quick buck or provide financial services to drug dealers.