Chuck Close responds to his critic and fan

The artist answers criticism from the creator of FreeChuckCloseArt.com 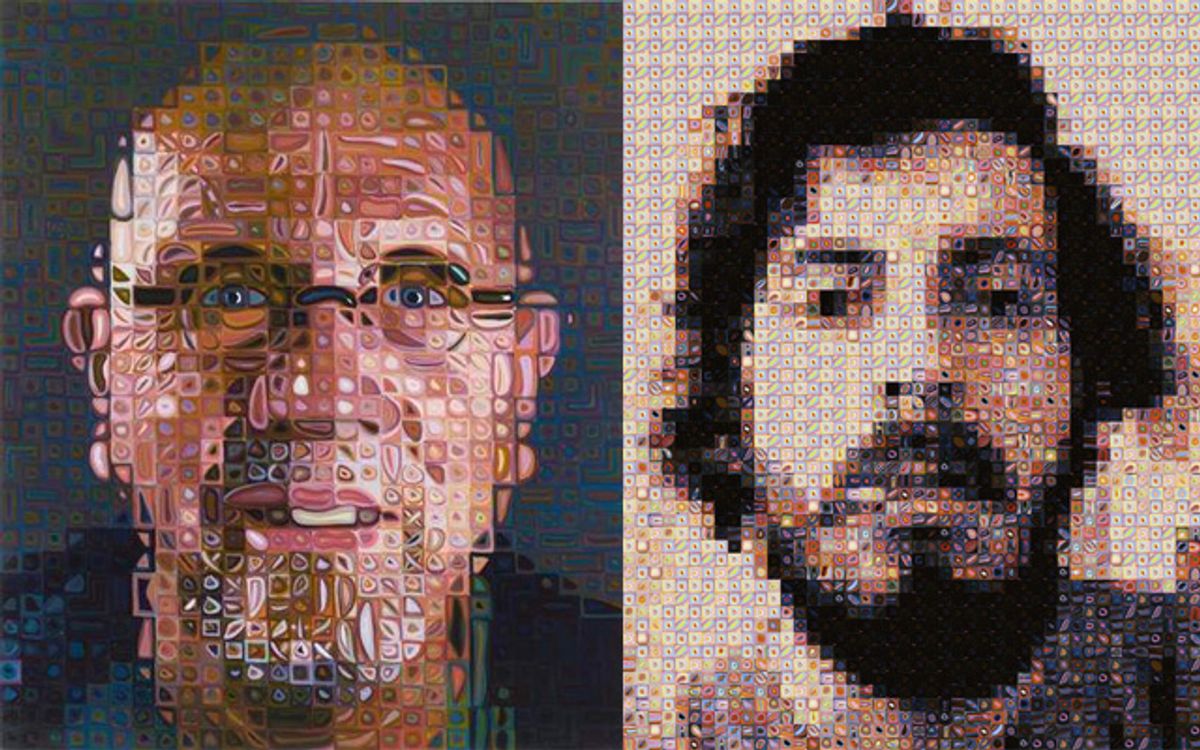 This article originally appeared on Hyperallergic. It is a response to an article Salon posted here.

We finally have a response from Chuck Close regarding Scott Blake’s FreeChuckCloseArt.com filter essay he published on Hyperallergic last week. It comes of all places in a Parrish Art Museum party report by Sarah Grothjan of the New York Observer. It reads:

We moved on to a touchier matter: Scott Blake, an up-and-comer in the art realm with a zest for digital art and a knack for ticking off Mr. Close. He is perhaps best known for creating a digital Chuck Close filter, which could transform any image to resemble Close’s trademark pixelated paintings. It was later sacked when he faced the threat of a lawsuit from Mr. Close.

“I’m not going to dig the fire,” Mr. Close told us when we asked about his feelings toward Mr. Blake. “All he wants me to do is react. And if I do react, he’ll quote me and put it in another piece.”

We went more general and probed him about the concept of digital art.

“I made digital art before there was digital art,” Mr. Close told us coyly, a smile stretching upward on his face. “I made it by hand.”

He then motioned to his girlfriend, stationed not far from where we were standing.

“And my girlfriend likes digital art and video art,” he told us. “I love it. It’s not a moral decision, making a painting versus making something digital.”

We asked Blake to respond to Close. He provided the following response to us via email:

First of all “I made digital art before there was digital art” is simply false. Chuck Close should be ashamed for continuing to tell this lie. Artists like Desmond Paul Henry were programing computers (by hand) in the early 1960s. And like I pointed out in my essay, Ken Knowlton developed the BEFLIX programming language for bitmap computer-produced movies in 1963. Chuck Close began painting in his signature style fall of 1967. This is not my opinion, it is a fact. Chuck Close was NOT there before computer generated imagery.

I don’t blame Chuck Close for not wanting to talk about the real issue. It has been extremely hard for me to defend myself this past week. Stating his girlfriend likes digital art does not excuse the way he treated me.