It's not impossible to be a new mom and take on a career challenge. Women judging Marissa Mayer are unhelpful 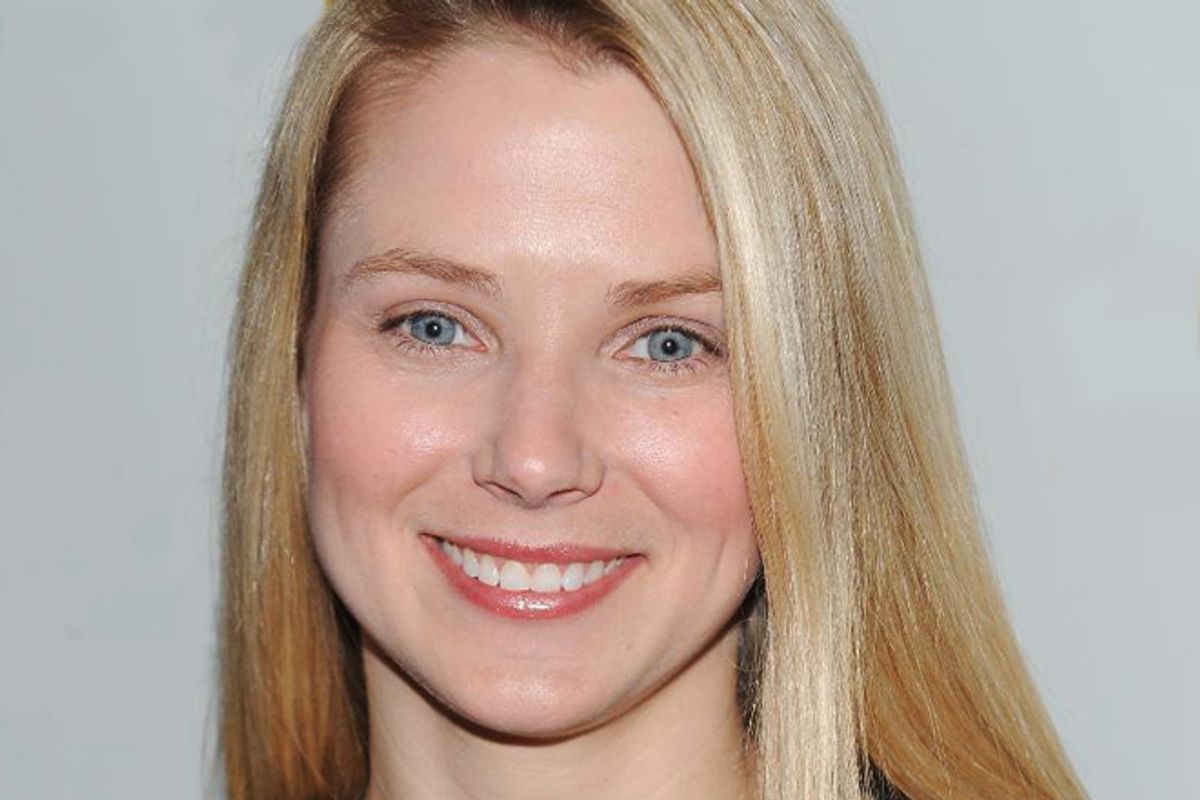 When the announcement came this week that former Google exec Marissa Mayer had been named Yahoo's new CEO – followed closely by her revelation that she is six months pregnant – you'd think the response to such a historic moment in corporate and maternal history would be unique. Behold this once-in-our-lifetime moment of female achievement! Instead, you know what the overwhelming, demoralizing chorus has been? The same BS we all hear the first time we get knocked up. Lady, you have NO IDEA what you're in for.

You could hear the howls of "That's what you think" rising across the land when Mayer confidently explained that even though she's about to embark on the hardest and best job in the whole wide world – motherhood, of course! – "I like to stay in the rhythm of things. My maternity leave will be a few weeks long and I’ll work throughout it." It seemed, to the pundits who scrambled to make Mayer's situation our newest Metaphor for Everything That Happens in American Motherhood, not just arrogant, but deeply naive.

On "Morning Joe," Brian Sullivan suggested Mayer "take some time off. Get your baby. Raise the kid for a little bit, and then, work on the company when you can." Even the reactions that were positive carried a whiff of Oh, girlfriend. On HuffPo, Lisa Belkin called Mayer a "fitting" role model and stated unreservedly that "pregnancy doesn't diminish a woman's brain cells, or her worth. And being a parent makes you a better, more committed, more focused worker, not a lesser one." But she couldn't help throwing in that "she will still work incredibly hard. Having an infant will make that even harder, in all the ways that new parents know but she is about to find out … She will also, I am betting, not power through quite as single-mindedly on her maternity leave as she thinks she will."

And in the New York Times Motherlode blog, my friend KJ Dell'Antonia offered "kudos to her and to Yahoo for taking it on" but admitted that "the balancing of a new baby and such a high-profile job may be more challenging than Ms. Mayer’s blithe dismissal of the question suggests." Over in the Mercury News, meanwhile, Rachel Wilner declared that "I know plenty of accomplished moms, and while none is a CEO of a gigantic tech company, many have big responsibilities. Not one thought her months-long maternity leave was too lengthy. All were still discombobulated, sleep-deprived and confused – if not clinically depressed– when they went back to work," adding that Mayer "will struggle emotionally with being a new mother, just like everyone else." In Time, Bonnie Rochman, like the neighbor who just wants what's best for you, dear, mused, "Wouldn't it be nice for her to take a few months to revel in new motherhood … because nothing rocks your world like your first baby, a reality that Mayer has yet to fully appreciate." That's new motherhood for you, Mayer – a depressing, discombobulated, emotional struggle that you really ought to take some time to revel in. Hope that clears it up for you!

It's true that you have NO IDEA how motherhood is going to go down until you actually do it. Babies are life's ultimate box of chocolates. You might get one who comes too early and has to spend the next few months in the NICU. You might get one who gazes quietly out at the world with his old-soul eyes – or you might get one who screams for three solid months. I have a cousin in her 30s who is still known in our family for her talent, as an infant, to puke on anyone and everyone the moment she was picked up. And motherhood means that in addition to having NO IDEA what the kid will be like, you have close to NO IDEA how you'll be changed by the experience either. You may battle the demons of depression or you may indeed "power through." You may ache when your child is not in your arms or you may secretly despise yourself because the magical bonding you'd been promised hasn't yet kicked in. (As a friend who's a stellar mother once confessed, "I love kids. Turns out – babies, not so much.")

It is precisely that random, anything-can-happen experience of motherhood that makes all the speculation over what a woman can or cannot handle or feel or accomplish pretty damn pointless. And definitely not constructive. A few years ago, I watched with mounting dismay as a newly pregnant friend shared her career concerns among her mom friends. She was at the time in the midst of a deeply meaningful work project and wondered how she'd manage once the baby came along. The near-universal response was not only that she could not handle it, but that she wouldn't even want to. Once she held that precious baby, her friends told her, she wasn't going to want to do anything but gaze at his perfect little toes for the next six months to a year, minimum. Then she had her (adored, beautiful, outrageously loved) child and blazed through her project to completion soon after.

Marissa Mayer is in a place right now in her career that few expectant mothers get to experience – entering a new, high-powered job and facing the prospect of pushing a watermelon out of her body. She's certainly going to have help along the way, a luxury that most working mothers can only dream of. Yet the notion that the entire world should grind helpfully to a stop so that a mother can cocoon with her lovely new baby – or that this is something every mother absolutely must desire – is, I've got to tell you, a load of crap. It's also wildly undermining to keep telling women that there is just no effing way on earth they can take on parenting and another huge challenge at the same time. It's unhelpful to speak to them with all the authority of your own individual set of circumstances. In fact, parents, let me take a moment and go further and say: Don't lay this absurd burden on mothers-to-be. And quit doing it to everybody who doesn't have kids. Most of them are seriously not interested in your expertise on what it truly means to love another human being/be fulfilled/be tired. That's your story. It's not theirs. OK?

Life is full of surprising adventures; parenting is only one of them. Often, we have to grab those adventures when they come along. I moved when my firstborn was 6 weeks old and took a lucrative magazine assignment when my second was 2 weeks old. Not what I'd have imagined as ideal, but that's life. And it was hard, and it was also fine. Women with babies get jobs and move around and finish their semesters of graduate school all the time. Most of us are designed to not be so utterly blown away by the experience of having a baby that we can't possibly do anything else for a long time. As Joan Walsh said earlier this week, "Not everyone has to approach the birth of a child as a life-changing disruption. Barring health complications, Mayer is entitled to stay in her 'rhythm' if she can." Maybe when that baby comes along in October, Marissa Mayer will have a serious rethink about her career and her obligations. Or she'll power through just like she said. You know what? We just have no idea.