Ross Perot suffered for calling black voters "you people," but 20 years on, we're all "you people" to GOP elitists 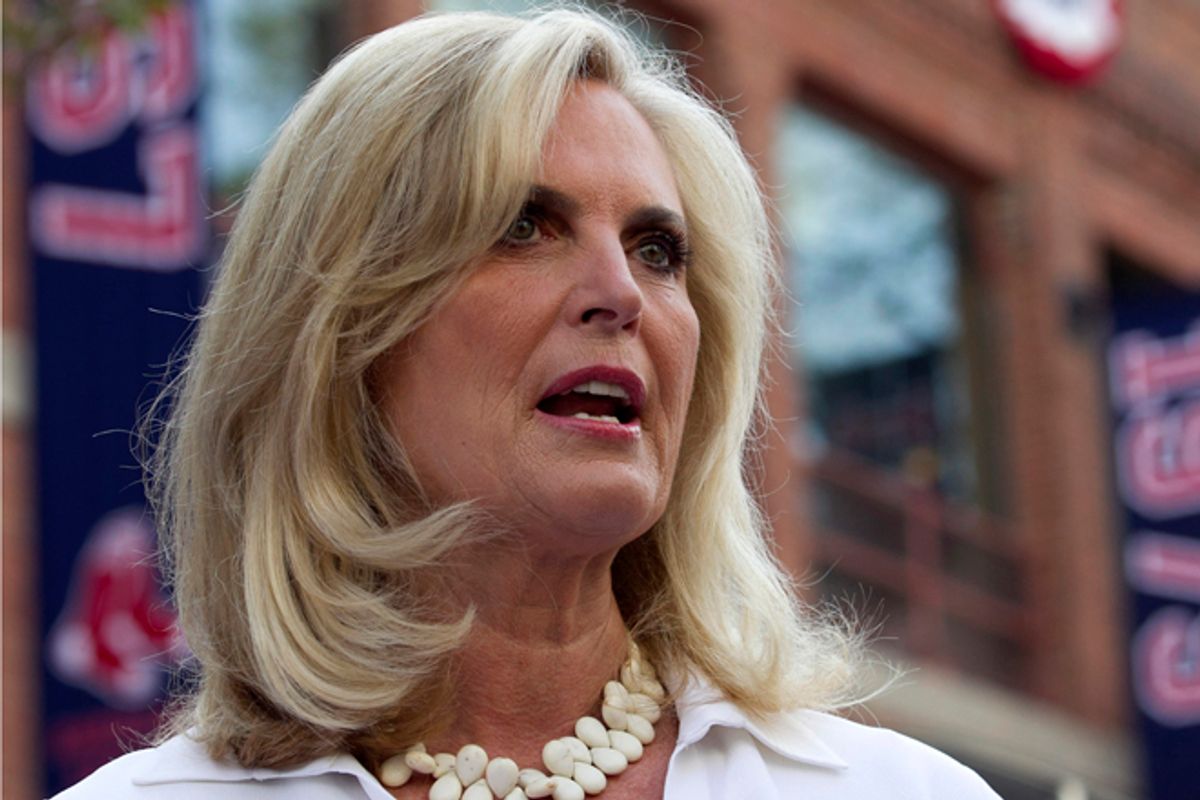 Are we allowed to criticize Ann Romney yet? I have a call into Hilary Rosen, but she hasn't gotten back to me.

Whatever. I find it impossible not to comment on Ann Romney Antoinette's remark that her husband has provided enough tax information to "you people." Or as she told ABC News: “We’ve given all you people need to know and understand about our financial situation and how we live our life.” Like everyone else, I immediately thought of the trouble Ross Perot caused for himself when he referred to the NAACP audience as "you people" in 1992. It's so disrespectful.

Now, it may be OK, in some circles, to call the media "you people," which is what Romney would probably argue she was doing. But in fact, she's talking to American voters, a majority of whom (including a third of Republicans) want the Romneys share more tax returns, according to a USAToday poll released Thursday. The poll didn't ask whether voters would like more information generally about how the Romneys "live our life," but that seems if anything an even more arrogant and elitist reaction from Romney.

Ann Romney's comment about "you people" is particularly fascinating to me because I can't get over the way the contemporary right has taken insults they once reserved for African-Americans and applied them to a much broader swath of the country, including white folks, who happen to make up 90 percent of their base. The obvious example I've written about before is Charles Murray's "Coming Apart: The State of White America, 1960-2010," which blames the hard times suffered by the white working class on its own laziness, aversion to marriage, and fondness for the dole – the same personal traits he blamed for African-American poverty in the 1980s.

Ann Romney is too well-bred to call African-Americans "you people" in public, of course, especially after what happened to Ross Perot. But she obviously has no problem referring to other folks she holds in contempt that way. Of course Romney has displayed contempt for certain African-Americans – like when she and her husband told the Obamas to "start packing," because in Ann's words, “It’s Mitt’s time. It’s our turn now," to live in the White House. As if the Obamas were troublesome tenants who'd overstayed their welcome in the home that rightly belongs to the Romneys.

She displayed her plutocratic sense of entitlement when she proclaimed Hilary Rosen's remarks about her stay-at-home-mom status "a birthday present." Romney's sincere reaction wasn't outrage but opportunism; she enjoyed the sight of Rosen being grilled on a spit over a bipartisan open flame. Good to know it's all about you, Ann.

Politico and other mainstream media Romney defenders think some of us are being unfair focusing on the Romneys' wealth and "the way we live our lives," in Ann's snippy terms. They think it's mean to talk about Romney's dressage habit, which involves a really expensive horse now headed to the Olympics, whose care and feeding allowed the Romneys to take a $77,000 tax deduction. That's almost twice the median wage in this country.

But in a time of unprecedented income inequality, the Romneys' wealth, tax history, lifestyle and values are absolutely fair game. And so is Ann Romney's barely repressed elitism.

We're all "you people" to the Romneys. It's good to know.