Illustrator fights back against Marvel Comics 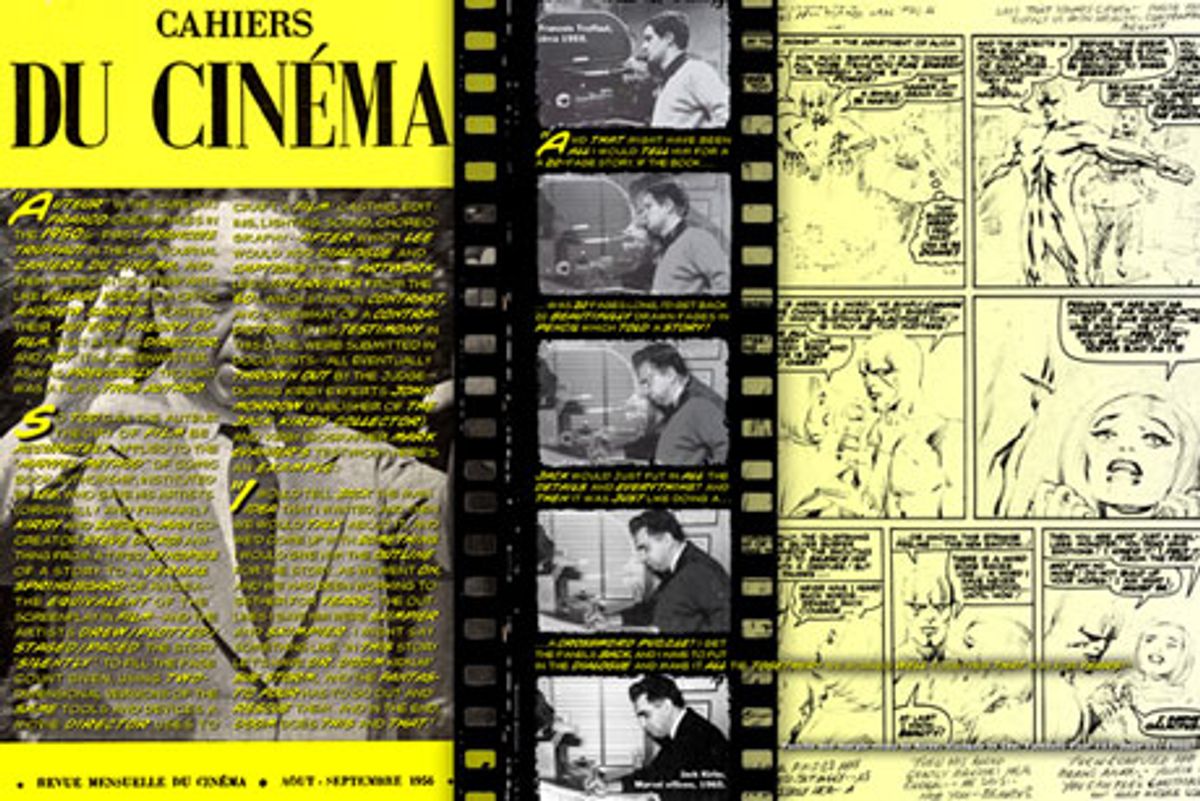 Never mind whether Captain America is more powerful than Iron Man or Dr. Strange. The real problem is that Marvel Comics editor and publisher Stan Lee is vastly more powerful than Jack Kirby, Steve Ditko and many others who originally drew those superheroes for the company. And Lee presently enjoys 100 percent ownership of the Marvel Universe, in both the public's perception and the legal arena. And what do the artists own? Zilch, that's what!

And this makes Arlen Schumer pretty pissed off!

Schumer is intensely passionate about the comics medium. For decades he’s created an enormous number of powerful and iconic comic-book-style illustrations for advertising and editorial clients, including me. He's also one of the field's foremost historians: His Silver Age of Comic Book Art is a classic treatise on the Marvel and DC artists of the 1960s, and his "New Superheroes" feature was the supreme highlight of Print's special 1988 “comics” issue.

Schumer is also one of those guys who believe artist-creators deserve not only top billing but also their fair share of appreciation. And he considers last year's New York federal court ruling for Marvel against the Kirby estate as a gross injustice. As he recently told me, "I find it bittersweetly ironic, in such a visual society that we've been told we live in, and in such a visual medium as comic book art definitely is, that the actual visualization, and visualizer, is still somewhat taken for granted — especially when they do their 'job' well — and is considered subservient and second class in thought and reward to the verbal writer.

"Hopefully my auteur theory of comics will level the playing field."

Oui! Schumer is currently proposing that the French “director as author” concept of film should also be applied to Stan Lee's style of comic book authorship. In his argument for his theory, Schumer describes the "Marvel Method" of comics production, begun in the 1960s, like this: Lee gave his artists "anything from a typed synopsis of a story to a verbal springboard of an idea — the equivalent of the screenplay in film — and the artists drew out/plotted/staged/paced the story visually to fill the page count given, using two-dimensional versions of the same tools and devices a movie director uses to craft a film: casting, editing, lighting, sound, choreography — after which Lee would add the dialogue and captions to the artists’ work."

Schumer is currently engaged in a battle against the perceptions of the comic book audience and, by extension, the wider pop literary mainstream culture, that the artist-creator is not the author. To that end, he's employing his powerful arsenal of design skills. This includes his "VerbiVisual" broadsides, unique and innovative histories that he custom-creates. His first was on DC editor Mort Weisinger. His latest, a 16-page Auteur Theory of Comics comic, premiered at this year's San Diego Comic-Con. [Click images to enlarge.]

He also presented on the auteur theory at Comic-Con which brings us to another Schumer secret weapon: his "VisuaLecture" series on pop culture subjects, primarily comics, with titles like “Jews 'n' Comics” and “The Graphic Design of Comic Book Art.” To describe his presentations as "dynamic" is to put it mildly: Schumer's a master raconteur with an off-the-cuff speed rap and superbly structured slide shows that can enthrall and enlighten audiences for hours.

Schumer's upcoming appearance was already generating buzz, as his theory has stirred up controversy and debate among comics fans.

In the words of the Fantastic Four's Thing, a huge, super-strong orange mutant co-created by Kirby and Lee, "It's clobberin' time!"

This is my third column on comics artists scheduled to speak at Comic-Con. Previously, I interviewed JT Waldman on Harvey Pekar, and talked with Stan Mack about his American Revolution book.

.
For a decade-by-decade look at comic books, check out 1000 Comic Books You Must Read, available at MyDesignShop.com.