No gold medals for this year's Olympics' songs, which sound either too dreary, too corporate or overly bombastic 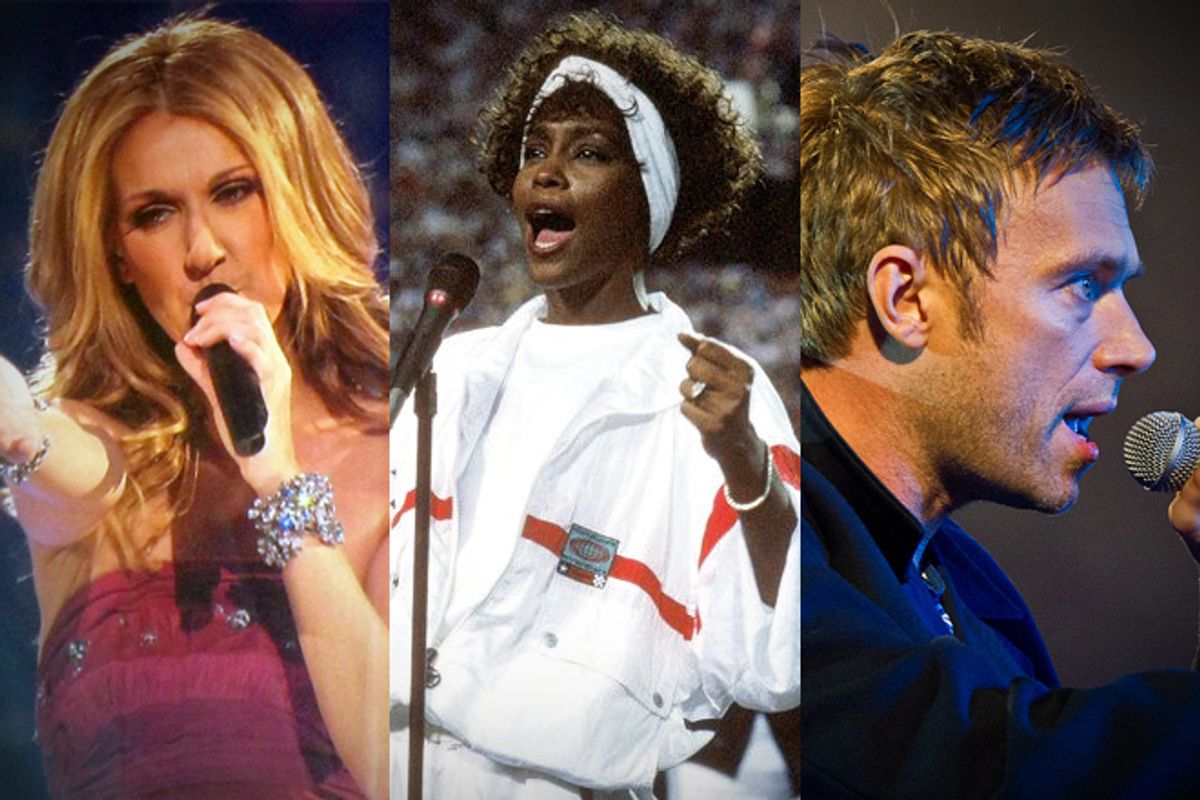 There's nothing like a big “whoo-hoo” at the stadium to get the crowd into the action.

Like an anthem from Queen or a chorus from the disgraced Gary Glitter, the chorus from "Song 2," Blur’s best-known hit, made its way into sporting arenas as part of the smorgasbord of muscled-up rock riffs offered between game play to pump up the excitement level.

But Blur's two Olympics themes don't have quite the same energy. The Britpop icons' reunion coincides with the 2012 games in their home base of London; their last show is scheduled to be a Hyde Park celebration at the end of the summer games. It seems like the perfect conditions for a band to rescue the Olympics from musical schmaltz. Unfortunately, neither works. One song is an alternate-universe “Let It Be” with less heartfelt (or discernible) sentiment; the other a kind of chintzy Casio-tone popper with only occasional alignments to Olympic themes.

“The ice and gold is just a double code; it’s a metaphor,” frontman Damon Albarn sings in his deadpan way on the oddly titled “The Puritan.”

Eventually it breaks into a “la la la” chorus – custom-made for arena or barroom sing-alongs -- though pausing to poke at modern illusions: “It’s all smoke and mirrors/ What you gonna do about it?” Albarn, whose other group Gorillaz may be better suited to come up with a catchy Olympic theme, actually introduced the song last month at a poetry festival.

Blur’s other song for the Olympics, “This Is Under the Westway,” which refers to a motorway opposite the East End where the games are occurring, is a more measured, piano-driven ballad that may encourage the swaying hands of the audience (which always seemed like an ironic response). In it, he sings just as obliquely about the skies, observing of jet fuel falling from the sky, “down to earth where the money always comes first.”

That sentiment, at least, seems fitting for an event where even Coca-Cola has an official Olympics theme, “Anywhere in the World,” by Mark Ronson and Katy B.

But the official Olympic song comes from another single-syllable four-letter British band bigger there than here (a band forever introduced as the next big thing, even though that never seems to actually happen).

Muse’s “Survival” almost plays as a parody of a massive rock anthem -- quite appropriate for such a bloated event -- with its Germanic chanting, operatic wails, big choruses and the kind of muscular guitar solo that’s more throwback than anything else.

It is meant to be taken as no less than Queen for the 21st century with lyrics meant to match the events: “It’s a race and I’m going to win,” singer Matt Bellamy bellows. “I choose to survive whatever it takes.”

In this approach, it borrows the aspirational overkill of previous Olympic anthems from Celine Dion’s “The Power of the Dream,” at the 1996 Atlanta games to Gloria Estefan’s “Reach” from that same year.

The history of Olympic anthems is not a proud one. More than a quarter century ago, Christopher Cross’ “A Chance for Heaven” was the official swimming anthem of the 1984 Los Angeles games (not Bowie’s “1984”?); Freddie Mercury put his stamp on the Olympics by joining opera singer Montserrat Caballe on “Barcelona.”

The longest-lasting legacy from an official Olympics song belongs to Whitney Houston’s “One Moment in Time,” written for the 1988 Seoul Summer Olympics and sure to be revived this summer in the wake of her death.

Only Björk’s “Oceania” seemed to transcend its place as part of the 2004 Olympics in Athens to become part of her canon (Not so lucky: Jackie Chan, who sang “Beijing Welcomes You” in 2008.)

Of course, what NBC will lean on in its coverage will be the familiar strain of Leo Arnaud’s “Bugler’s Dream” -- it has been a staple since 1968 -- or John Williams’ 1984 “Olympic Fanfare and Theme,” which incorporates it.

Of Arnaud’s “Bugler’s Theme,” it was first recorded for a 1958 album called “Charge!” Roone Arledge heard it and put it into the 1968 winter games on ABC, where it suddenly took on the grandeur of ancient Greece.

The Muse song has none of that (though they would have probably thrown it in if they had thought of it).

The official video for “Survival,” however, effectively flashes back to the earliest days of the games (with athletes performing in reverse), before it continues with usual scenes of Olympic triumph and perseverance.

When one of those operatic high notes come in the crescendo, it’s cut to make it look like it’s coming from Michael Phelps, the American gold medalist whom we recall always having his earbuds on before his events. But he wasn’t listening to Blur or Muse or even Queen to pump him up before competition in the last Olympics.

It was Lil’ Wayne.