Alone in the dark

We long for togetherness at the movies. After the Aurora shootings, the theater experience will never be the same 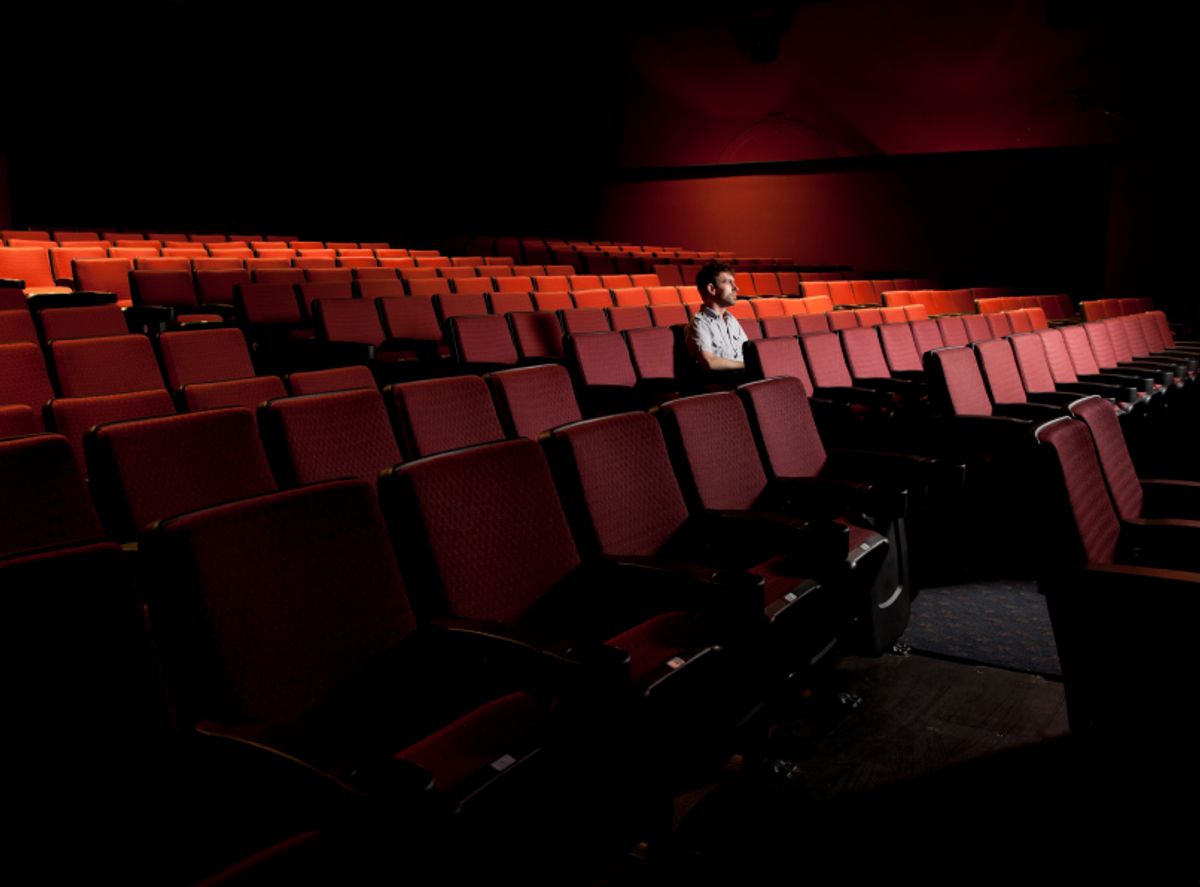 The devastation wreaked in an Aurora movie theater in the early morning hours Friday is still at this moment being calculated. We know that at least 12 patrons were killed and between 38 and 50 were injured -- one victim reportedly only 3 months old -- when a suspect identified by federal law enforcement as 24-year-old James Holmes unleashed a gas on the crowd and then opened fire. That is the most immediate, most brutal and most heartbreaking aspect of a sickening act of violence. But there is more damage to come, longer and more wide-ranging. We know this, this July Friday, a day of the year so otherwise beautifully suited to the sweet, simple pleasure of going to the movies. It's never going to be the same.

We are social. We are tribal. We are wired to congregate. For most of human history, we have had little choice but to do so, because it has been our most efficient means of both communicating and of getting things done. But we live now in a world in which we can – and often do – cut ourselves off from genuine contact. We maintain the illusion that typing on one's phone is a social act. We use "friend" as a verb, and apply it to people we've never met. We IM the person in the next cubicle rather than leaning around the partition. We mistake sharing a video or image that someone else created with a wide audience for sharing an authentic feeling or idea with someone we know. We sit in our cars or walk down the street in a self-imposed state of selective disconnection, tethered to our headphones and oblivious to the living, breathing individuals brushing up against us in the physical world.

Yet we long for communion. We can't shake it out of our nature. We gather at church or at Burning Man; we do the "Thriller" dance in Times Square. We go to cosplay conventions and Little League games. And though we have state-of-the-art home entertainment systems and YouTube on our phones, we still line up to see expensive movies on big screens. Yet as any suicide bomber or school shooter knows all too well, it's in those places of togetherness that we find ourselves most exposed.

My colleague Willa Paskin Friday morning called "The Dark Knight Rises" "one of the few remaining cultural products/events lots and lots and lots of Americans are invested and partake in." It was perhaps that mass appeal, that absolutely certain convergence, that drew the Aurora shooter to the theater. A whole big room, full of people. And now, because of what happened in that room, our moviegoing experience is about to change. Here in New York, Police Commissioner Ray Kelly has already stated that "As a precaution against copycats and to raise the comfort levels among movie patrons in the wake of the horrendous shooting in Colorado, the New York City Police Department is providing coverage at theaters where the 'The Dark Knight Rises' is playing in the five boroughs." Movie theaters and the act of group entertainment are going to be heightened experiences now, fraught with the pain of history. We're going to feel different when the lights go down.

A few months ago I was talking to the mother of a teenager who told me how her son had been sent home on the first day of high school -- because she'd absentmindedly sent him in with a big backpack. "Mom," he'd told her later. "Columbine." She'd never considered the possibility that someone might open fire on the student body when she was a young girl in school. Her son has grown up in a world knowing nothing else. Early this morning, I was in the downtown offices of WNYC radio, where, as ever, I was stopped at the front desk by security, asked to surrender my driver's license for an ID check, and was issued a bar-coded badge to gain entry to the offices. You know. 9/11. I sometimes forget it was ever otherwise.

As our lives split ever more minutely between the physical and the virtual, between fantasy and reality, those who are least equipped to navigate them are going to lash out more and more, in ways both very small and horribly, horribly large. That disconnect is there in the smaller ways when the online trolls unhesitatingly respond to very real critics with elaborate threats of violence, or when audience members forget that a crowded theater is not their personal space and overreact. It's there in unfathomably big ways when a merciless, massive crime is committed. And one of the long-term consequences of these acts is the erosion of our sense of joyful safety in our togetherness.

In the movies, we're vulnerable when we're alone. It's when we're in isolation that the bogeyman strikes. But at the movies, we're vulnerable together. At any moment, in any crowd, we can be rendered helpless by a single madman with a weapon. There's no safety in numbers after all. But the comfort and consolation we require is. Just yesterday, crowds in Colorado gathered to share a movie. Today, they are coming together to grieve. Our indomitable human instinct to seek each other out and share our experiences collectively is what will always put us in the path of danger. Yet in our moments of deepest grief and most senseless loss, it's also the thing that sustains us.