If Lena Dunham wrote a memoir 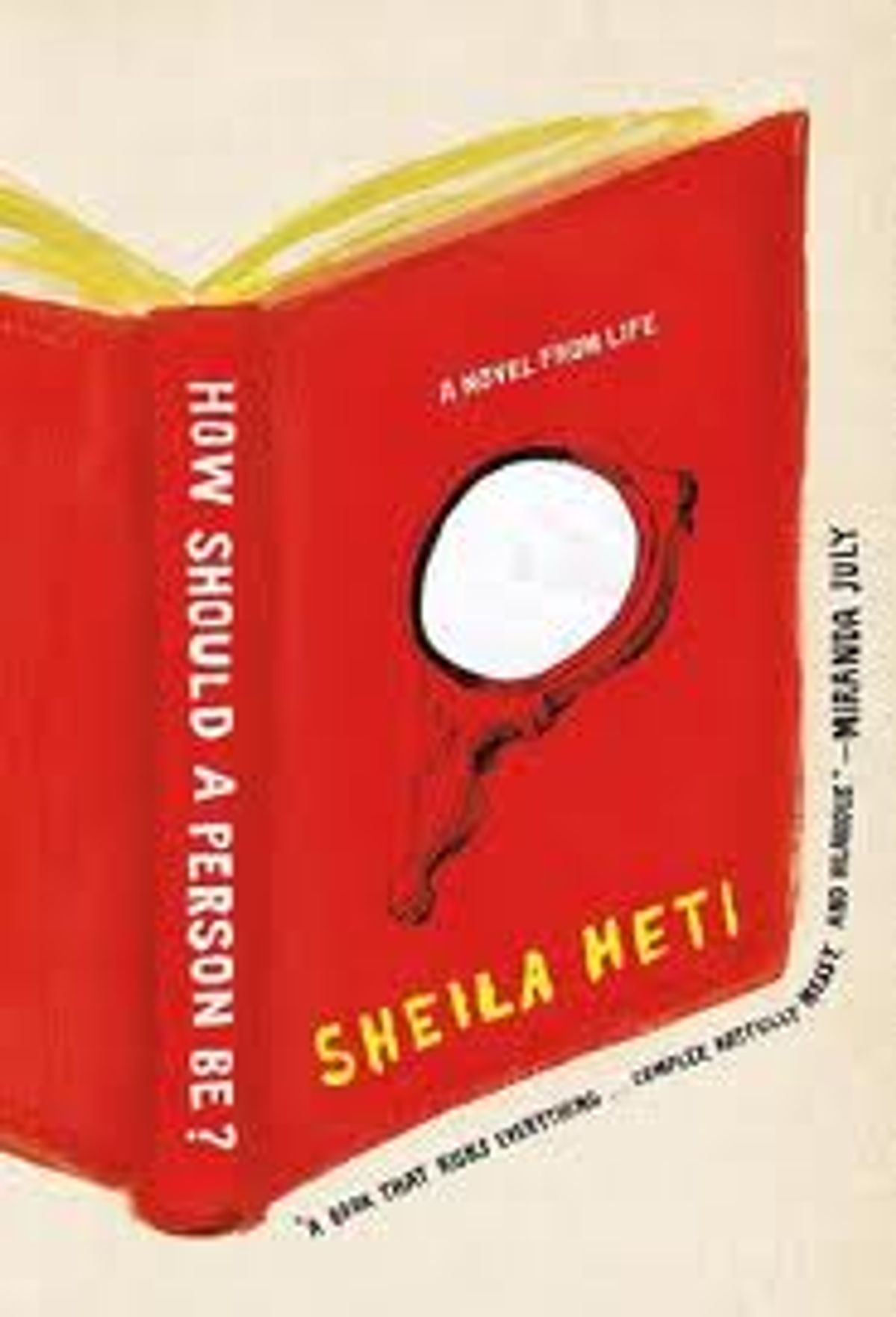 A perceived trade-off of becoming an adult — often manifest in the coming-of-age plotline — is that once you know who you are and what you’re all about, you lose some of your radicalism, and maybe even some of your imagination and sense of possibility. Sheila Heti’s vaguely autobiographical novel "How Should a Person Be?" does not so much challenge this convention as it ignores it entirely.

"HSAPB" works on an answer to the titular question mostly by moving through different modes of asking. This movement means that the novel’s form(s) — and accordingly, priorities — shift rapidly, such that a transcription of conversation changes into the narration of a dream, or an earnest plea for mercy from God turns into being accused of alcoholism at a party. The main character is a young writer in Toronto, not incidentally named Sheila. With a brazenness and self-assuredness usually reserved for young male characters, Sheila ushers the reader through a narrative that braids graphic sex talk, Semitic history, arguments about art, and transcripts of all sorts of conversations to create a hilarious, cerebrally volatile, ethically viable picture of how a creative person in their young adulthood can learn to deal with herself.

As plot summary this is both insufficient and possibly off-putting. But the book itself is not especially invested in the practicalities of being a horny, brainy, emotionally ambitious twenty-something with a shapeless, often nameless intellectual and artistic project. It’s invested in said project. This means that part of taking pleasure in the book is enjoying the parts about being a young person with an overactive imagination in a city, but this isn’t actually the most important part. The book, in its totality, deals with a host of questions about friendship, philosophy, and art-making. It’s also notably graceful in its ability to concretize the abstract and loosen the concrete.

In this way, it’s a relief that "HSAPB" is a novel; if it were a movie, young actors would be cast with specific haircuts and dressed like they were in an Urban Outfitters catalog, and Sheila’s and her friends’ monologues would be layered over songs that people like on the Internet. But one of the loveliest things about the book is that though it portrays young, urban, culturally conscious artists, it distances itself from contemporary cultural markers. Sheila, the narrator, has a specific life and a specific experience, but her emotional and mental work offer concrete solutions to problems that you, yourself, may be working on. From practical advice (don’t smile at men if you don’t want them to talk to you) to abstract wisdom (“The world is made up of poets and retards, and everyone’s a poet, and everyone’s a retard”), the book is chock full of good information.

The space created by the lack of cultural markers or even physical details is filled with the details of the narrator’s imagination. When she worries that she betrayed her friend, she “wanted to shoot myself in the face with a gun that released so many bullets at once, which would fan out and hit every part of my face and explode it into nothing, into mush.” Of the Jewish people when they were in the desert, she says, “Some people spread the dough flat, and that dough became matzo. Others rolled tubes and fastened the ends, and those people ate bagels.” These vivid and often tangential images are tied up with the aesthetic and philosophical project(s) of the book, so that instead of defining herself around the superficial aspects of a supposedly artistic lifestyle (e.g., living in Brooklyn, interning at gallery) she inhabits an imaginative world that palpitates with the questions in which she has nested herself.

My experience reading about and talking about "HSAPB" has been that not all people have been equally enamored of it. James Wood, in the New Yorker, wonders: “Who cares about a bunch of more or less privileged North American artists, at leisure to examine their creative ambitions and anxieties?” This seems to be what annoys most naysaying critics of the book, at least on the surface. If "HSAPB" was less ambitious, if it dealt with the lives of urban, twenty-something creative types without making them talk constantly about saving the world, committing suicide, dealing with sexism, and working on the health of their souls, it might be easier for older people (and men, perhaps) to take seriously. That the book openly and critically chews on these issues (at the same time that it deals with the normality and abnormality of young urban living) suggests that they may in fact be important, and suddenly we have people wondering “Who cares?”

In "I Love Dick," Chris Kraus writes, regarding contemporary novels:

. . . it’s considered crass and amateurish not to “fictionalize” the supporting cast of characters, changing names and insignificant features of their identities. The “serious” contemporary hetero-male novel is a thinly veiled Story of Me, as voraciously consumptive as all of patriarchy. While the hero/anti-hero explicitly is the author, everybody else is reduced to “characters.” . . . When women try to pierce this false conceit by naming names because our “I’s” are changing as we meet other “I’s,” we’re called bitches, libellers, pornographers and amateurs.

While Heti is not exactly called this by reviewers (you may have to scroll down to the comments), there is a sense, sometimes even among venerated and supportive critics, that she is somehow childish, un-self-aware, underdeveloped, or something: She’s getting too big for her britches intellectually while at the same time just writing about her and her friends and not even changing their names. Perhaps Wood would care more if Heti’s characters had all just graduated from Princeton, or were dealing with the recession or hate crimes, or were smuggling drugs, or other things that novel-reading North Americans prefer to fantasize about in their run-of-the-mill fiction. Then the book would be important.

But the novel refuses those conventions. No one dies in it. Maybe someone loses their job. The drama is largely internal. When Sheila goes to New York in order to take a risk, the content of the trip is mostly transcriptions of conversations with strangers. A big event in the book is a dream Sheila has about a room in an apartment building where men torture women. One of the most developed relationships in the book, I think, is Sheila’s relationship to the biblical Moses.

At the same time, though, the book treats very seriously (and ultimately triumphantly) questions of how people who care about one another in different ways should relate. To be generous, we could say that perhaps Wood, in his comment, is identifying that, on some level, this is a book for young people and artists, at least in that it celebrates young people and artists. But I don’t think the book is only that.

In an age when everyone in their twenties seems to be both searching for and claiming authority to be "the voice of their generation," Heti offers up an actually useful text. There is no sense that this coming-of-age plotline has to end with a loss of imagination. The conflict is not a tedious confrontation with reality in which the young realize they cannot be artists or be as free as they thought or have as much agency as they dreamed. It’s the opposite. With regard to fate, Sheila says, “If there could be no escape from who I was, then I ought to reach my end honestly, able to tell myself that, at least, I had lived it with all of my being, making choices and deciding.” But the kinds of choices she is talking about are not the petty choices of consumer culture, rather the generative and imaginative choices of an artist envisioning herself.