The site broke important Aurora news, but "crowdsourced" journalism is as sensational and market-driven as the MSM 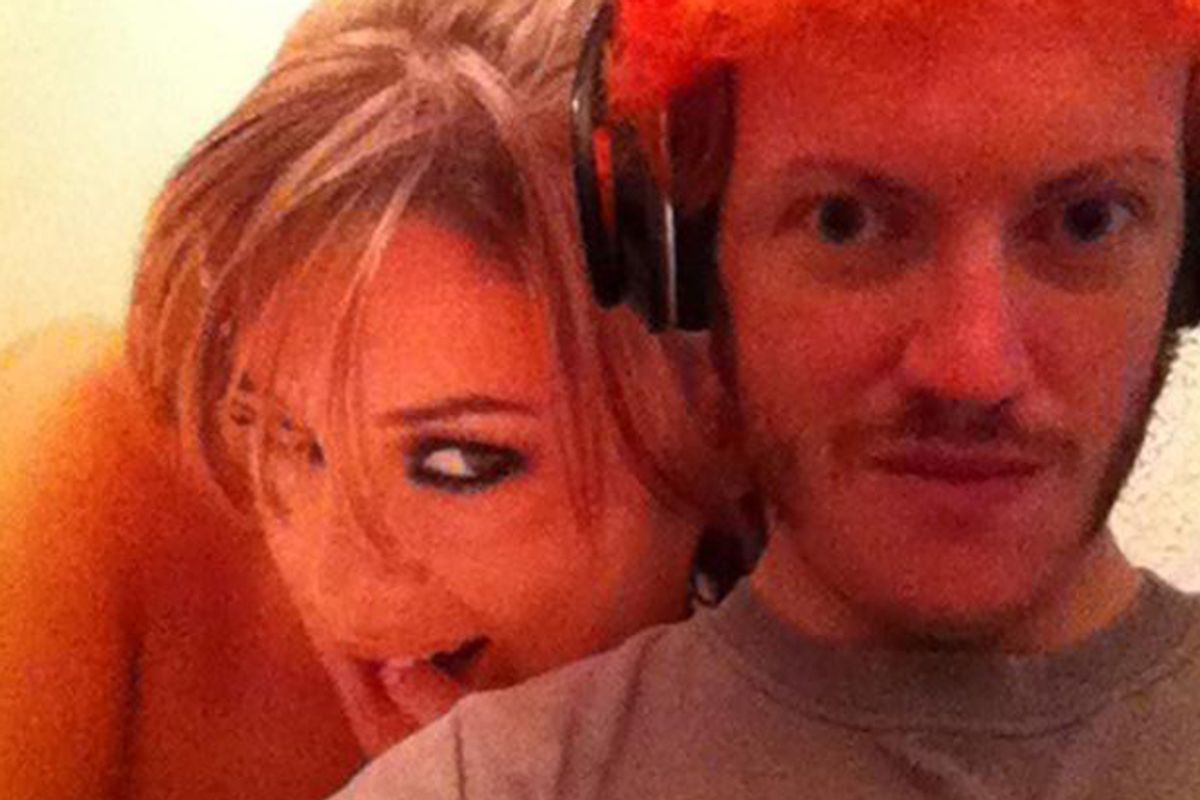 As you will know if you are a person on the Internet, a lot of the most important details about the shooting in a Colorado movie theater last Friday have come out through the Internet. We were able to find victims' Twitter accounts (including that of Jessica Ghawi, who posted enthusiastically right up to the start of the movie), survivors' stories on WordPress, and one of the few photos of accused shooter James Holmes on Adult Friend Finder.

But these are arguably only the visible outcomes of a distinctly online process of information-gathering: crowdsourced news. A thread on Reddit started by a survivor of the attack became a central clearinghouse for information on the incident, with eyewitnesses showing up to share their stories and answer questions while other users compiled the scattered data points into more comprehensible forms like timelines. They even managed to break news, as Morgan Jones, the aforementioned timeline-maker, was also the one who unearthed the shooter's picture.

Matthew Ingram argues that this represents a new form of "citizen journalism" in which self-motivated individuals come together to collectively determine the facts about an ongoing news story. Rather than a single reporter working individually to gather all of the important facts by herself, a large number of individuals can each gather a single piece of information and present it, unfiltered, in a public forum; lacking an editor, any inaccuracies can simply be corrected after the fact. "They may not replace the traditional journalism we’re used to," Ingram writes, "but they are certainly going to help, and they could even bring additional benefits that mainstream journalism doesn’t provide."

Ah yes: the mainstream media, or MSM. The Web has long expressed rhetorical hostility to this grim specter, a brickbat later picked up by Sarah Palin in one of its mutated forms. Indeed, that traditional media outlets are flawed may be the one thing on which Palin and liberal bloggers can agree (though in fairness this is also a thing 79 percent of everyone can agree on). This has persisted even as the MSM has increasingly integrated the form and content of blogs, an integration that is seen as an uncompromising triumph of the new model, rather than an admission that the MSM and the Web have become mostly indistinguishable. In the words of the guy who made the shooting timeline on Reddit, the Web believes that "mainstream media coverage of almost everything is woefully inadequate."

One of the weirdest things about the Web is its eagerness to obsessively criticize every other form of media except the Web itself. Traditional journalism is dying, and it's just a matter of time before the Internet figures out a new and improved form that will make everything perfect forever. Ingram couches his assessment in the more reasonable terms of citizen journalism being a useful addition to journalism rather than a replacement for it, but he also claims it can be an improvement, and elsewhere uses the same apocalyptic rhetoric familiar from less cautious corners of the Web, with media dying out, closing its presses, etc., etc., etc.

But there's another possible objection: citizen journalism is doing more or less the exact same thing that traditional journalism has always done, except not as reliably or sustainably. Crowdsourced journalism doesn't seem to do long-term investigative journalism well, nor does it do well at identifying and tracing large-scale societal problems, or high-level analyses of medical, scientific or financial news, the kind of things that require expertise. Instead, it's really good at breaking news about shootings and war, the same "if it bleeds, it leads" coverage that the media is frequently criticized for overemphasizing. And while scoops like Reddit's discovery of the shooter's picture are great pelts for media professionals (the ones whose standards citizen journalist proponents otherwise disdain), in an era when any new piece of information is everywhere instantly, it's unclear what practical value that has. The rush-to-coverage aspect of news is arguably more of an ill than a good -- posters on the Reddit thread complain about it, though only in reference to the "'legitimate' news" -- and it's hard to tell why doing the same thing only faster is a laudable improvement.

Ingram points out that the worst inaccuracy to come out of the coverage was ABC's claim that the gunman was a Tea Party member, but the Reddit thread contains major errors about the numbers and identities of the dead and the motivation for the shooting, as well as a large number of kitten pictures. The ABC flub was a bigger deal only because it was more visible; were Reddit to become a regular source for news, such errors would be magnified as well. If we're to grant citizen journalism the same legitimacy as traditional journalism, then the fact that these errors happened online isn't somehow forgivable when they wouldn't be in broadcast or print media. It's true that the corrections appear just below the original statement of fact, but anyone who's traced death rumors online knows how long an initial error can persist. And so we are left with a very similar situation to traditional media: A large number of people are all working on a breaking story at the same time, seeing what information others have as it comes out (monitoring the Twitter feeds of other news orgs is like reading through a Reddit thread), and using their own resources to find out new information, eventually coming collectively to some sort of coherent picture.

Except here's the difference: the people doing it. Morgan Jones, the 18-year-old who constructed the timeline and found the shooter's picture, seems like he has a fantastic aptitude and temperament for journalism, and I hope he considers it as a career. But we can't rely on an 18-year-old journalistic phenom coming out of the woodwork every time a major story breaks. For all of their problems, one of the great values of journalistic organizations is that they have people on salary whose job it is to be aware of what's going on in a particular area of society, every day, all the time. All the little, seemingly unimportant stuff gets covered that way, and when a big story breaks there's someone with the expertise to put it in context. With citizen journalism, the only things that get covered are the ones with a critical mass of posters large enough to properly crowdsource the story on an amateur basis; "klatchsourced journalism" doesn't really make sense. And so the stories that get covered are the ones that have sufficient public interest -- which is to say that the market once again rules. Though the lesser-known stories often end up being the most important to our political life, the media gets criticized for only covering the things the masses care about, and rightfully so. But citizen journalism gives us the same thing, only minus the institutional bonuses you get from having regular journalists do it. As with other forms of Web journalism, the only valuable things are the ones attracting a lot of clicks.

Why, then, do we insist on the superiority of citizen journalism? Well, because it's on the Web, which we think is different, and because we think that unlike the "media filter" that characterizes mainstream news coverage, the Web gives you just the facts, straight and true. The two assumptions, both wrong, are connected. It used to be that after someone died, the media would talk to family and friends to get a picture of what he or she was like, and these loved ones would give an account that took as a given the subject's demise, picking details that we'd prefer to be known after our death and omitting those we'd rather keep to ourselves. Interview subjects can put things in context, and reporters can put these statements in context, and so assemble a narrative. This is the "media filter."

What we get on the Web, however, is pure trace evidence: Facebook pages, Twitter posts, old photos from dating profiles. Because they were produced by the deceased, these things seem more true than your mother's recollection of you. But they're not, really. Your Internet presence was not produced in the context of your death, a fact unavoidably altering everything that came before, and is never complete. If, when we die, "who we are" is taken to be whatever we happened to post on Twitter rather than our loved ones' memories, that would seem to be a disservice.

Citizen journalism, as practiced in the wake of the Colorado shootings, is a new and neat thing. Certainly it's notable that a bunch of Redditors were able to produce coverage both as good and as bad as did mainstream news organizations. But it's not necessarily anything more than that. Maybe such a form will expand and find ways to correct some of these flaws, or to move into the other forms of journalism it now avoids. (It would certainly be nice, given that the Web has done much to kill the economics of such investigative and otherwise market-unfriendly reporting.) But another major flaw stands in the way, one also linked to the confusion of "things on the Web" with "things that are real." The Web seems neutral, because it is an open platform that anyone can use. But just because anyone can does not mean everyone does. It is no accident that spontaneous, active citizen journalism emerged on Reddit in response to a shooting at a Batman premiere. The stories that get covered are the ones citizen journalists care about most, and these citizen journalists tend toward a certain social-cultural-economic orientation. This is, of course, a major problem with traditional media, too, as the consistent underrepresentation of women and minorities in newsrooms shows. But that does not mean citizen journalism is any more exempt from the criticism than the MSM. If it is to become a worthwhile source for independent and high-quality journalism, then the Web would benefit from turning some of its usual withering media critique back on itself.