Mitt has nothing to say 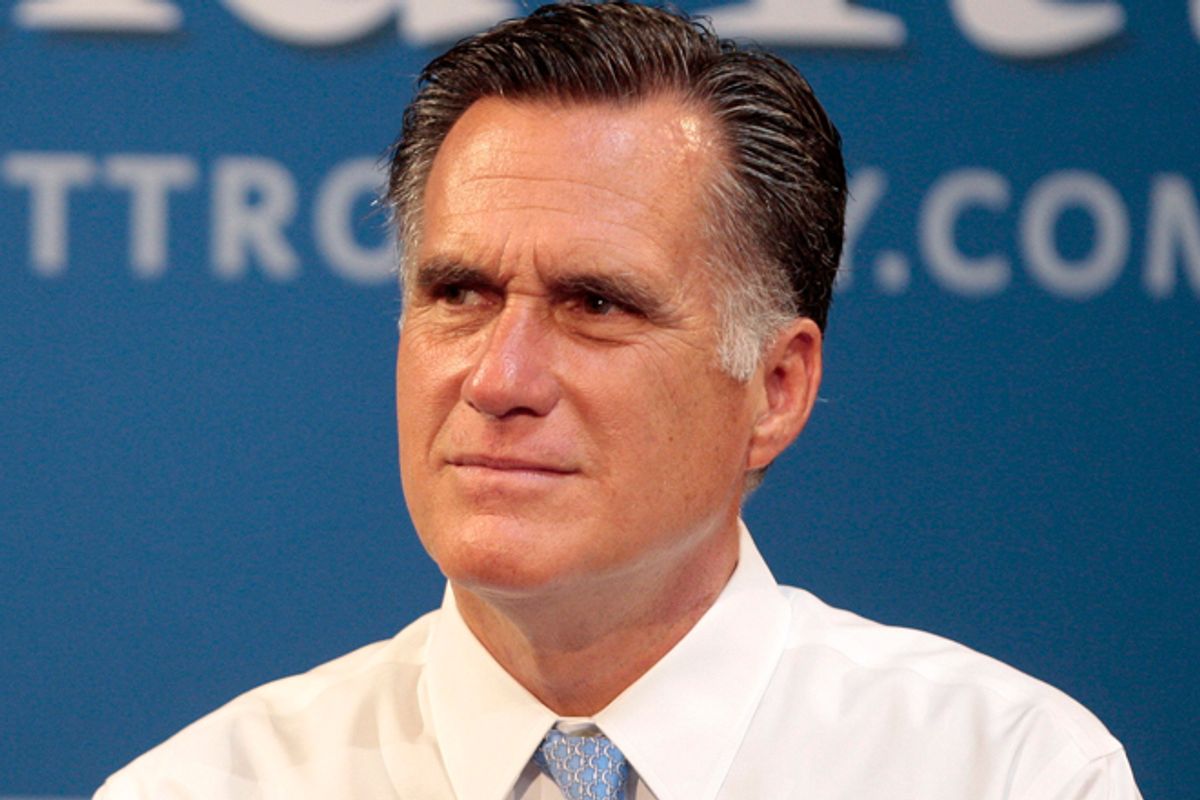 This afternoon kicks off a particularly curious phase of Mitt Romney’s presidential campaign. He’ll deliver a major address at the Veterans of Foreign Wars convention in Reno, Nev., just before embarking on an overseas trip that will take him to England, Israel and Poland. In other words, he’ll spend the next week focusing on almost nothing but foreign policy – which could be somewhat awkward, since Romney has very little to say about the subject.

The foreign policy platform that Romney has articulated comes in two forms.

One involves blasting specific actions Barack Obama has taken without explaining what he’d do differently. So he’s criticized Obama for publicly setting a December 2014 departure date from Afghanistan but offered no vision of what an American drawdown would look like under a Romney presidency. He’s attacked Obama’s “policy of paralysis” on Syria without presenting his own road map for ousting Bashar al-Assad. And he’s bashed the president for not acting earlier and more aggressively on Libya while simultaneously accusing him of “mission creep and mission muddle.”  He’s also promised to do “the opposite” of what Obama has done on Israel, whatever that means.

The purpose of these attacks has little to do with winning a debate over foreign policy and more to do with advancing Romney’s (perhaps only) message: that Obama is a failure. The premise of the Romney campaign is that in a bad economy, economically anxious swing voters are simply looking for excuses to turn on the incumbent. This makes it the job of Romney and his campaign to offer up rationalizations, whether they’re related to the economy, foreign policy or any other issue. Thus, when it comes to international affairs, everything Obama has done has to be wrong.

This is fiction, but it serves a purpose, confirming the Obama-as-Jimmy Carter caricature that the right embraced at roughly the same time Obama was sworn in. It doesn’t matter that Obama’s presidency has included the killing of Osama bin Laden and a successful operation to rid Libya of Moammar Gadhafi, and that Obama has actually infuriated some on the left with his continuation of Bush-era policies on indefinite detention and drones. The right wants Obama to be a timid and weak appeaser, so that’s how they treat him. It’s a testament to how little enthusiasm Romney himself inspires among conservatives that he has to lean so heavily on this caricature to motivate his base.

Of course, if the Romney strategy works, none of this will really end up mattering. This is the first election in some time in which the Democratic candidate enjoys a clear advantage on foreign policy. By a 52-40 percent margin, voters say Obama would be better at handling it than Romney. But it’s the economy and not foreign policy that’s driving this election. In that sense, Romney can take heart from the example of Bill Clinton, the last candidate to unseat an incumbent president. In that 1992 race, the foreign policy gap between Clinton and President George H.W. Bush was enormous. A poll that fall found voters preferred Bush to Clinton on the issue by 53 points. This made sense: The Soviet Union had disintegrated on Bush’s watch and he’d also prosecuted the first Gulf War, while Clinton was a governor from a small Southern state whose main overseas experience involved his graduate school stint at Oxford. But swing voters cared only about the economy that year, so they tuned out Bush, embraced Clinton.