Hipsters at the Louvre 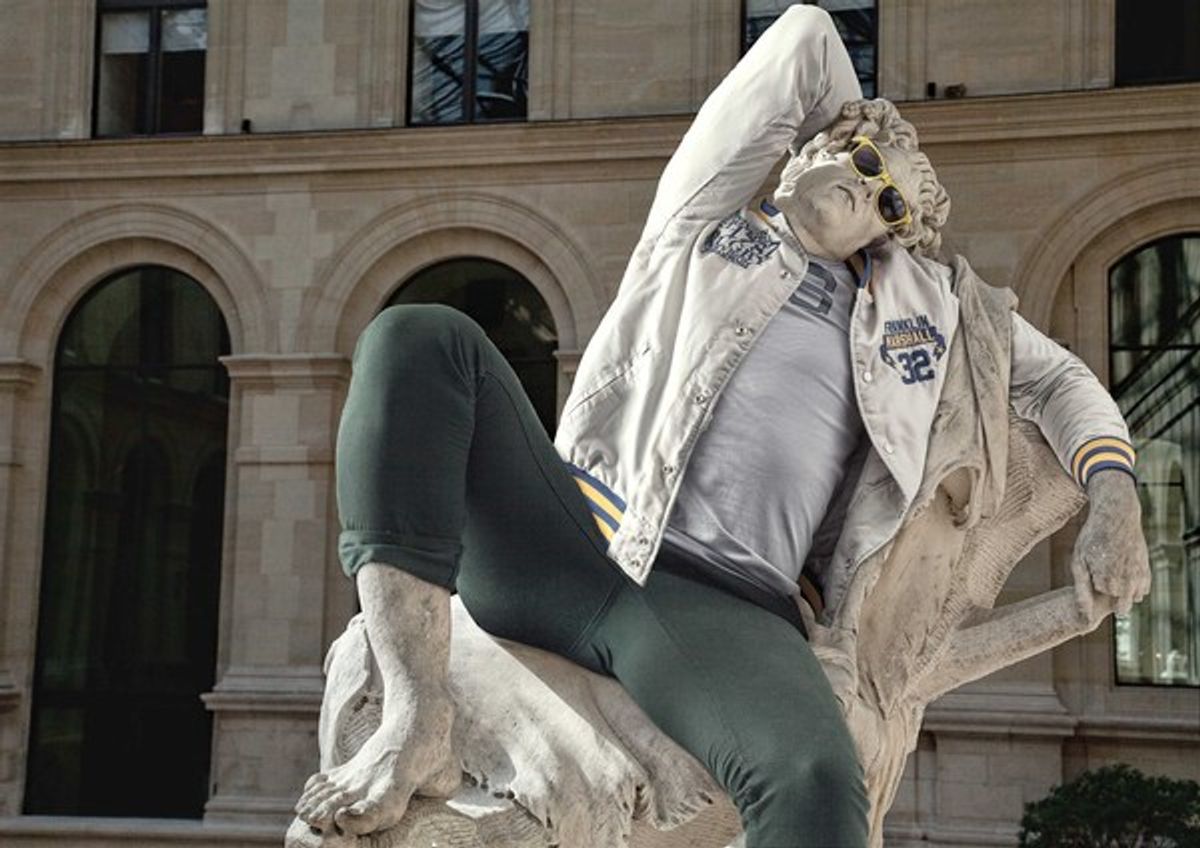 Typically when I see the marble and stone statues of men in the Louvre, “cute” and “sexy” are not words that come to mind. But two designers from France, Alexis Persani and Leo Caillard, have photoshopped hipster outfits onto Louvre sculptures, all of men, and the results are pretty amazing.

Suddenly those classical hairstyles — the beards and mustaches; the cute, curly locks; even a garland, which is not my usual taste in male headgear — look completely contemporary. The models’ lunging or swaggering poses seem entirely of a piece with the half-buttoned denim jacket, the yellow-frame sunglasses, the plaid flannel shirt that Persani and Caillard have skillfully added. The images in the series, Street Stone, look like they could come straight out of a Brooklyn Industries catalogue.

Behance Network is also hosting another project making its rounds on the internet that I adore, and which similarly blends classical and contemporary in a clever, playful way: Turkish artist and illustrator Murat Palta’s Classic Movies in Miniature Style. Palta creates ingenious posters for classic Western movies in traditional Ottoman illuminated manuscript style, so that Darth Vader becomes an Ottoman sultan clothed in black and carrying a rose, and the shot from Scarface’s gun transforms into a swirling bundle of gray smoke.

Part of what I love about Palta’s posters is his attention to detail, which is a clear characteristic of Ottoman miniatures, with their never-ending and incredibly intricate patterns and motifs. Palta adheres to that, as his details of the posters make clear, with amazing variations in everything from the clothes the characters wear to the floors and walls around them. He also extends his eye for detail to the movies themselves, picking specific, iconic scenes and depicting such characters as Vito and Michael Corleone in a way that makes them somehow look respectively like Marlon Brando and Al Pacino and classically Ottoman at the same time.

Notably, almost all of the movies Palta has chosen are pretty high on violence, and he depicts gory moments in the posters; this seems fitting for the legacy of the Ottoman Empire. He also includes blotches and patches the color of aging paper, mostly around the edges but also bleeding into the middle of the posters, making them look like relics from another time. And it’s not too hard to imagine: The Shining, the epic tale of a pasha gone mad inside his palace.